IRON RIDGE -- Skill, competitiveness and teamwork were all on display recently out in the small Wisconsin town of Iron Ridge. At the 24/7 Battle Buddies Summer Games, competition met camaraderie in ways that would make the nation proud. 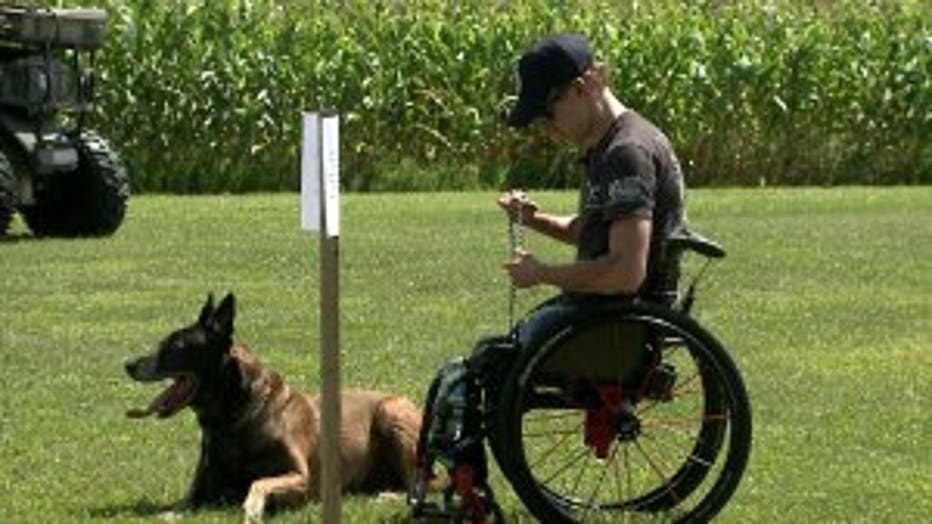 For about two years now, Brendan Marrocco and Diego have been inseparable.

"I take him everywhere with me, " said Marrocco. "We just have a good time everywhere we go."

Marrocco and Diego live in New York City -- but they made a special weekend trip out to the small village of Iron Ridge. 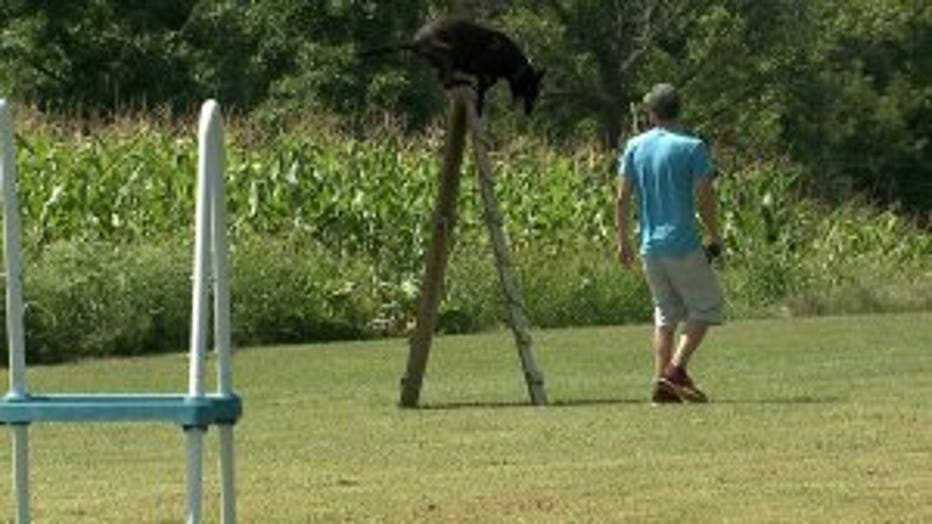 They were there with about a dozen other dogs and handlers for a competition of the dog's obedience, athletic ability and overall behavior.

"I've been psyching him up all week," said Marrocco. "All week, I've been telling him, giving him little pep talks." 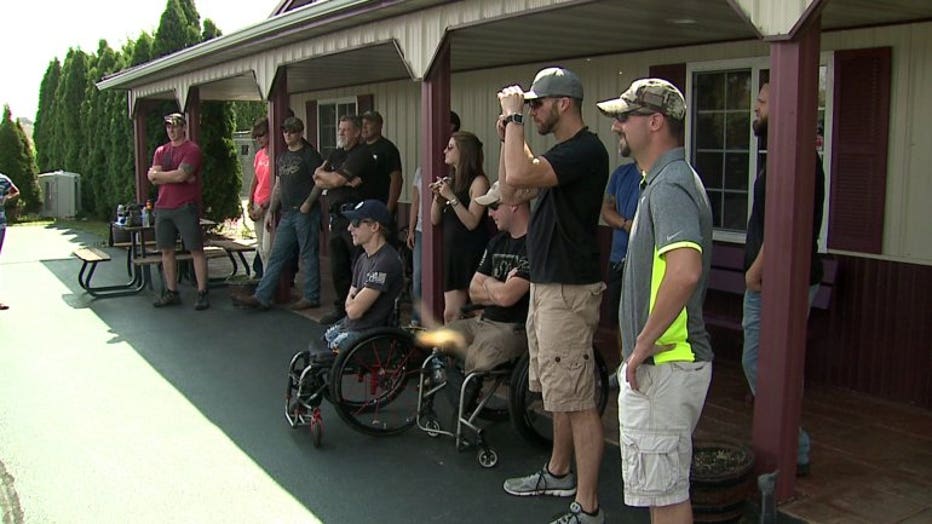 "They come out here and they want to do well and they're excited when they do well," said Smith.

Smith says while their successes and the trophies that come along with them are rewarding, there's something bigger happening.

"It's fun in such a way that a guy that's confined to a wheelchair has just as much ability to win as a guy who still has all his limbs," explained Smith. "So it's fun but it's way for them to have bragging rights against their buddies." 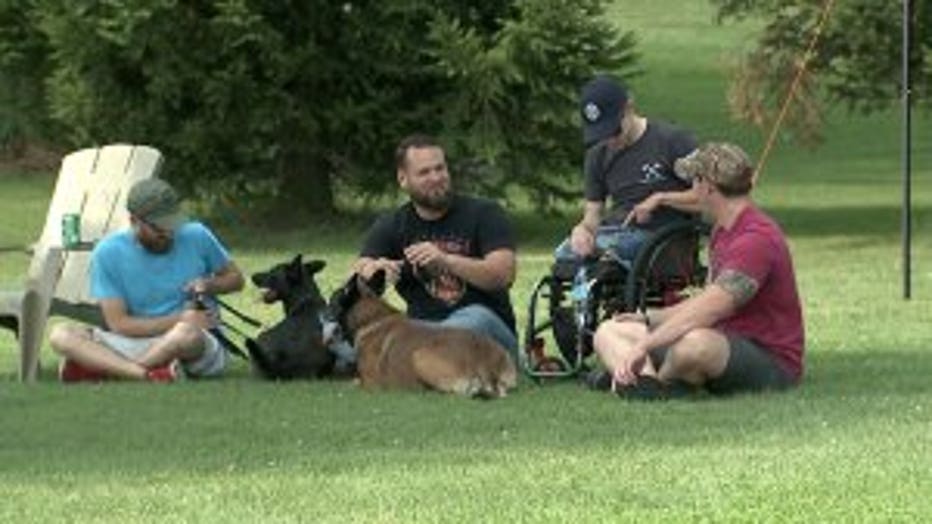 "It's just fun to get together with everyone and compete and be like, 'Hey, he did better than your dog.' So, you know, it's fun," said Marrocco.

Most of the handlers are American heroes, veterans who have been injured while serving in the military.

"I was a quadruple amputee. I had a double arm transplant and my hands don't really, they don't work all that great," said Marrocco.

"They pick a soldier that's been injured in combat and then we pick a dog that matches their injuries or their desires," explained Smith. "We train the dog and deliver it for that foundation." 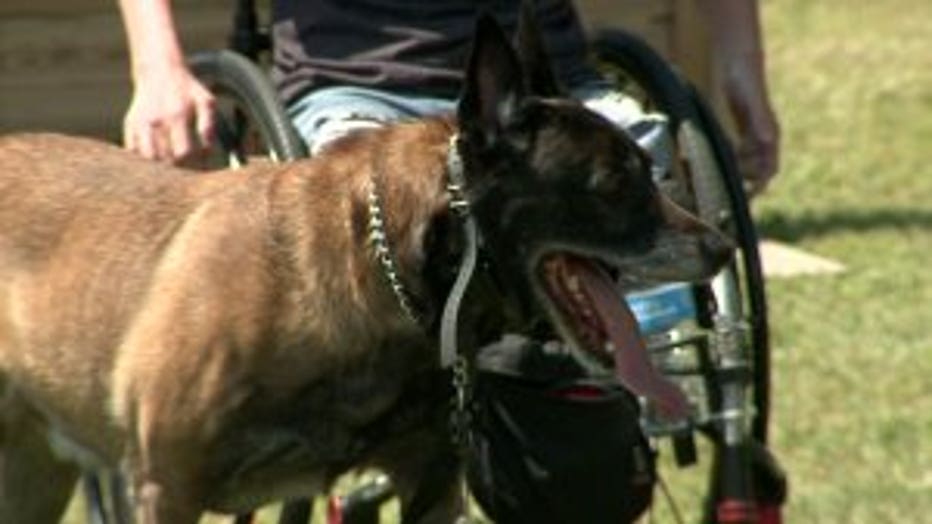 "I didn't realize it would be this intense. He's everywhere I go. He sleeps in my bed," said Marrocco.

While the trophies are coveted, there is so much more that the competitors take away form these games. 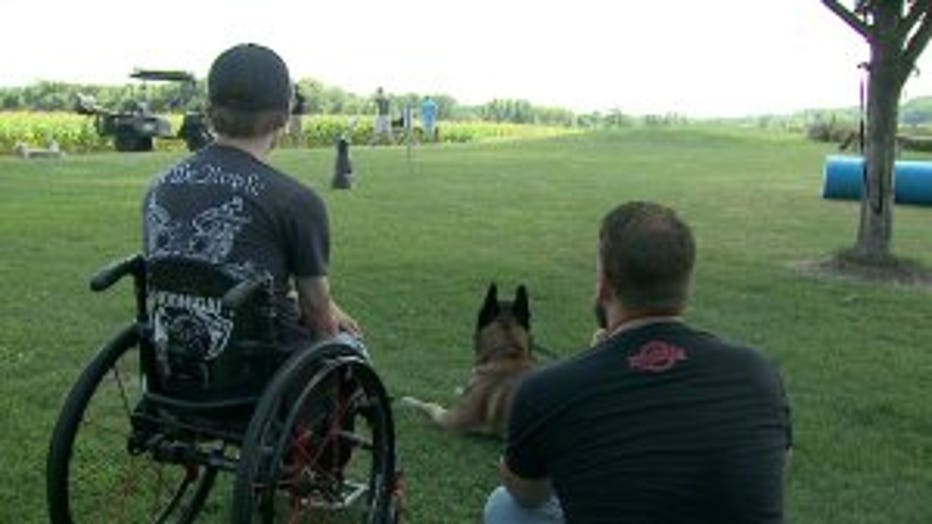 "Honestly, the only people that understand what you go through is someone who went through it. So, to get together and hang out with like-minded people, you know, it's just a lot of fun," said Marrocco.

No matter how they finish, Marocco and Diego already consider themselves winners.

"It's a fun time to come around and show him off. We all know that Diego's the best dog Jessie's ever trained. So, you know, it's good to live up to that," said Marrocco. 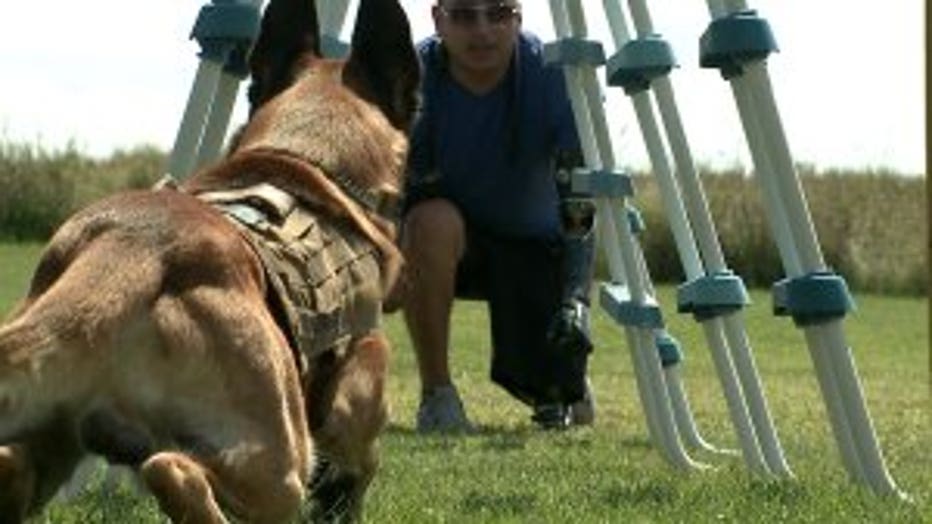 Their relationship has taken Marrocco to a very different place than he was previously.

"It's a lot brighter. It's a lot more fun, just having that extra bit of accompaniment," said Marrocco.

"He's basically my son, you know? I care for him, just like a kid, if I had one. I didn't expect that. I figured it would just kind of be like a pet. It is absolutely not," explained Marrocco. "They're absolutely on the right track with their programs. What they're doing is directly affecting, bettering veterans' lives and actually making a difference." 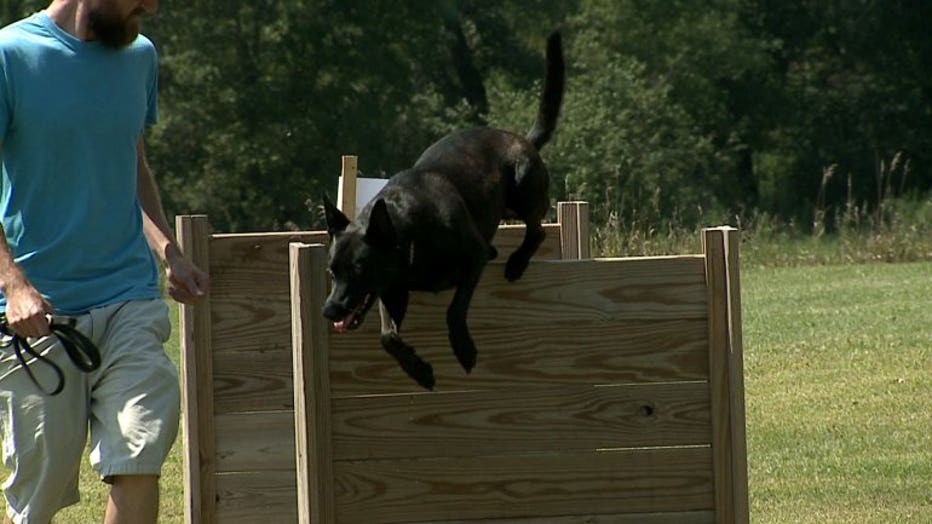 "Life-changing. Absolutely, I think I can say it's life-changing for everyone involved," said Smith.

Feherty's Troops First Foundation is a non-profit organization, working to provide assistance to military service members and their families. Training for each dog depends on the needs of the soldiers they'll be paired with.