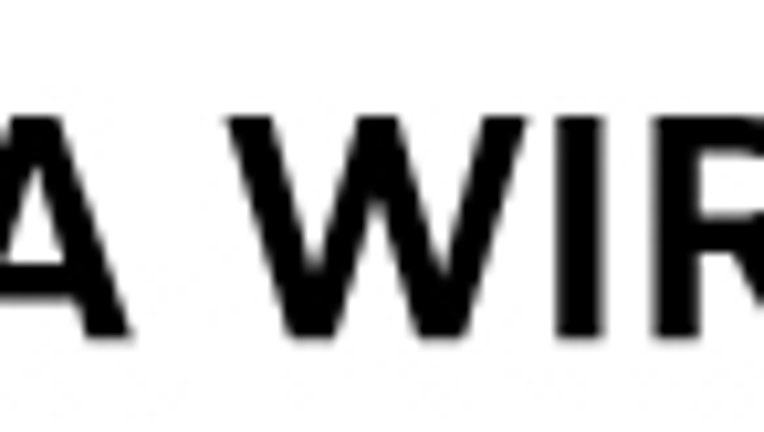 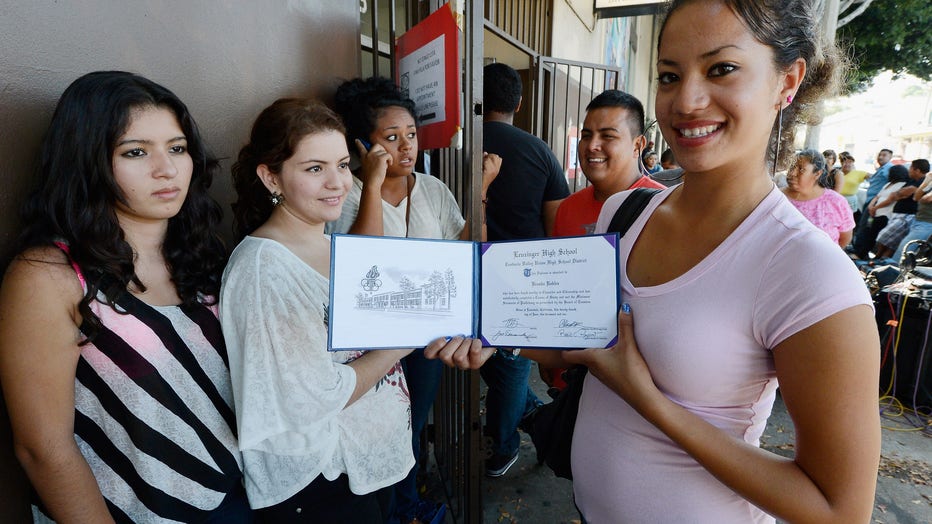 For many immigration activists, the Wednesday deportation of Guadalupe García de Rayos — a Mexican-born mother of two American children who was convicted of using a fake Social Security number in 2008 — is a worrying sign. García de Rayos, who had been living in America for more than 20 years, wasn't considered a priority for deportation under the Obama administration, given the nature of her conviction.

That apparently changed as a result of some little-noticed provisions in President Trump's January executive orders on immigration. And so, during her regular check-in with immigration authorities last week, García de Rayos was taken into custody and deported.

The suspicion among activists is that García de Rayos represented low-hanging fruit: despite being technically undocumented, her whereabouts were quite well-known to authorities and she'd long been complying with the terms under which she'd been allowed to remain in the country. 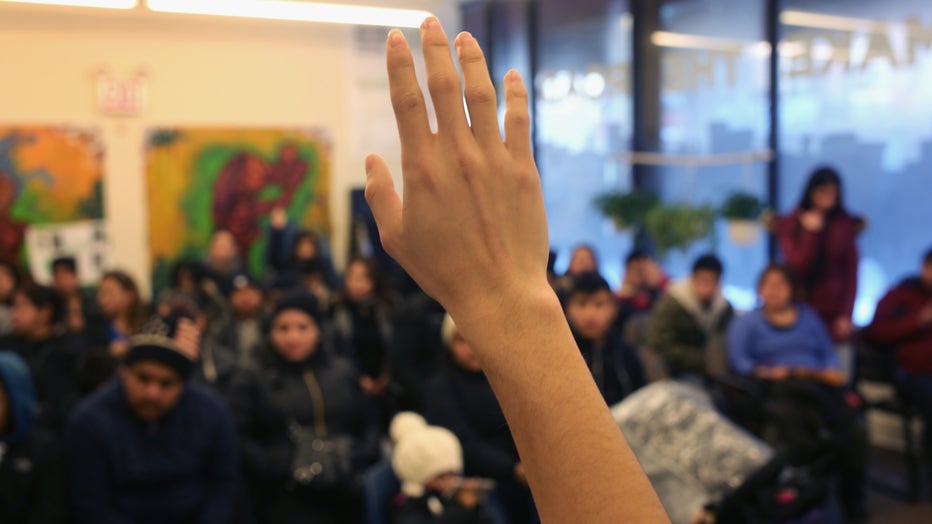 A woman raises her hand at a workshop for Deferred Action for Childhood Arrivals in 2015. (Photo by John Moore/Getty Images)

There are thousands of other immigrants living in America who offered up their names and locations in exchange for the ability to stay and work in the country they've long called home: the so-called DREAMers, once-undocumented immigrants who had been brought to the US as children. García de Rayos, too, came to the U.S. when she was just 14 years old and, while she is not one of the one of the DREAMers who chose to apply for DACA, her situation feels too similar to many of them.”

"About 750,000 people — 'DREAMers' — were exposed to the government on the basis that the government will never use their information maliciously, meaning to deport them, to target them, to discriminate against them," said Ivy Teng Lei, a beneficiary of the Deferred Action for Childhood Arrivals (DACA) program and activist in New York City. "But the Obama administration, through DACA, has exposed us and we cannot go back into the shadows.”

The program was established in June 2012 by then-President Obama with an executive order that would provide people born after June 15, 1981 who had come to the U.S. before they were 16 with two-year work permits and a guarantee that they wouldn't be subject to deportation during that period. There were a few restrictions: applicants had to have an essentially clean criminal record, have gotten or be in the process of getting at least a high school education, and have lived continuously in the country since 2007. An estimated 1.2 million undocumented were immediately eligible for such permits; the Migration Policy Institute says that over the next few years as many as 1.7 million undocumented immigrants would become eligible. Ultimately, about 750,000 people applied and were accepted.

But there was a catch: By applying for DACA, the previously-undocumented immigrants provided the U.S. government with a variety of information about their immigration statuses and their lives in order to obtain Social Security numbers and temporary work permits. Many of them now fear that the information they provided could be used against them if the program is suspended, much the way it was against García de Rayos after President Trump's executive order was signed.

"This piece of plastic that has given me so much, yet has given me the same amount of fear," said Teng Lei. "Because it represented a key to the door, and now I realize I stepped into a place where it is equally dangerous if not more dangerous. Now, they can actually find me and identify me.” 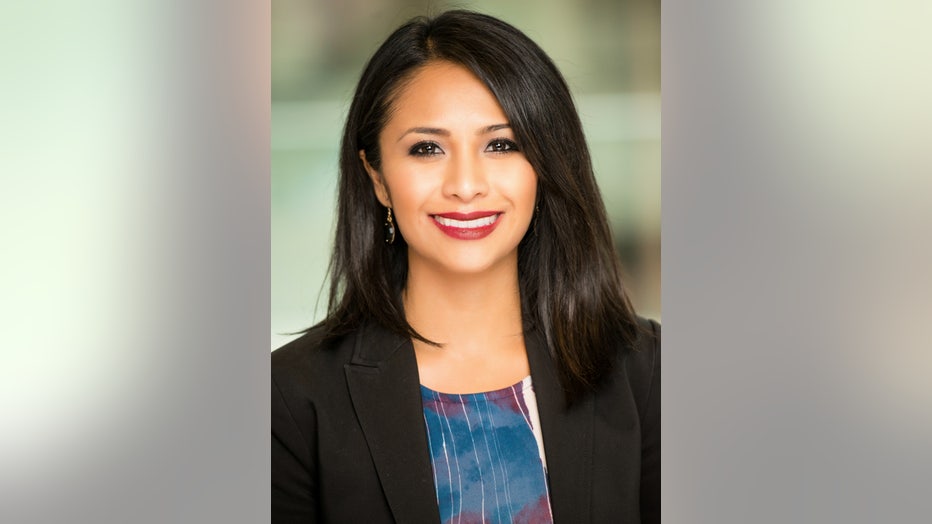 Iliana Perez, who is working full time for Claremont Graduate University while finishing a PhD in education studies, is in a similar situation to Teng Lei. She first applied for DACA shortly  after Obama signed the executive order, making sure she had all the right paperwork and enough money to pay the $465 fee. She's already applied for and received two renewals — but the new administration's immigration policies don't provide much clarity about her future.

When DACA was first implemented, Perez weighed the risk of applying against the risk of remaining completely undocumented,  since her application would result in her information being disclosed to the government. She opted for what she thought was a measured risk. She has since tried to remain optimistic that her information, like so many other recipients', will not be used in deportation proceedings — but she is watching the news and is on "high alert." If President Trump’s administration suspended DACA and started deporting recipients, she said, "then there would be no trust in the government system, at all."

Still, even if President Trump doesn't end — let alone continues — DACA, Perez said “I am completely aware that this is temporary solution, that there is no path to citizenship for me and that we still don't know anything about the future of the program."

The only way that Perez will end up happy about whatever President Trump's  plan for undocumented young people brought to the U.S. as children might end up being is if it allows her and her family to remain in the U.S., where she has been living since she was eight-years-old. Her parents brought her and her younger brother to the U.S. from Mexico back in 1995.

Her brother’s work permit through DACA expires in October. He hopes to apply for renewal as soon as possible. Her parents still have no legal immigration status.

"Even with DACA, my parents have remained undocumented the entire time with absolutely no remedy," Perez said. "For myself, there is no possibility of getting into the so-called ‘line.’ Even with the PhD I am going to get, there is no line. There are only temporary solutions.” 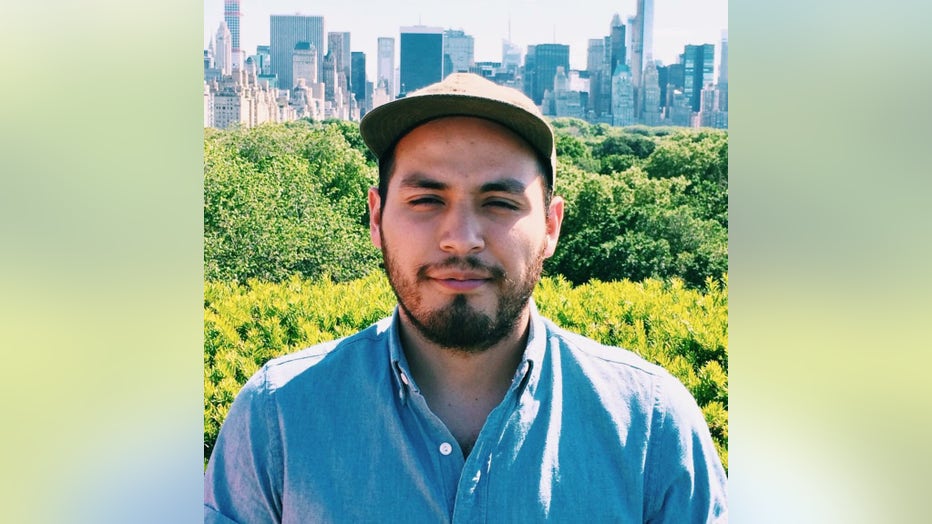 Like Perez and her family, 27-year-old Jesus Barrios has no path to citizenship. He was born in Tijuana, Mexico and arrived in the U.S. in 1994, when he was three and a half years old. After finishing college in California, he moved to New York to attend City University of New York graduate program in public health, from which he graduated in December, and work in a community health center. Barrios was another fairly early DACA applicant, and already renewed his DACA work permit once before. But his current permit will expire at the end of this year, and he doesn't know whether the program will still be in place by then.

"For me, it's such a roller coaster of emotions to deal with that I try to disengage and not think about it too much," he said about the possibility of losing his status. "I have to continue living my life here in New York City. I live here alone. I have to feed myself. I have to pay my rent and my bills."

But, Barrios said, the uncertainty over the future of the DACA program aside, things are not so completely different now that President Trump is president — especially for undocumented immigrants such as his mom, who have always been vulnerable to deportations.

“We have had a really difficult eight years with Obama creating this deportation machine that was responsible for deportation and detention of close to three million people,” he said.

In his first term, Obama deported a record 1.5 million undocumented immigrants. A New York Times analysis found that many of the people sent back to their home country had no criminal record or had committed small infractions such as a traffic violation. Fear of deportation for many, it turns out, is not new or caused specifically by President Trump.

“That, for undocumented people, has been a reality of a really long time," said Barrios.

President Trump’s administration has, since the end of the campaign,  dialed back his rhetoric on the subject of DACA, according to CNN. Sean Spicer, the White House spokesperson, said that the administration’s priority is undocumented immigrants with criminal record — though they changed, via executive order, the kinds of criminal records that count for the purposes of expedited removal. Additionally, President Trump has said that the immigration plan he intends to introduce in the coming months will be firm but “have a lot of heart.” A family fills out an application for Deferred Action for Childhood Arrivals in 2015. (Photo by John Moore/Getty Images)

The administration has continued to accept and process DACA applications and renewals and when asked about DACA recipients, President Trump admitted they were in a difficult situation but insisted they would end up “very happy” about his plan for them.

But just because they might be safe at the moment, DACA recipients are not going to forget about other undocumented immigrants and “throw them under the bus,” according to Teng Lei.

"We have to show compassion for each other and if they come for one of us, all of us have to stand up and fight back," she said.