“You have 30 seconds to take that towel off:” Prosecutors say `sextortion` is a growing problem

"You have 30 seconds to take that towel off:" Prosecutors say `sextortion` is a growing problem

MILWAUKEE (WITI) -- What would you do to keep nude images of yourself from going public? For a growing number of people, the answer appears to be -- whatever it takes. And that is giving rise to a new and disturbing category of crime, commonly known as 'sextortion.'

It's a form of blackmail that usually involves threats to release sexual images of a victim unless the victim pays money or performs sexual favors. It's happening to adults and kids in Milwaukee and across the country. And you could become a victim, even if you've never sent a naked picture of yourself to anyone.

A few days after 'Jimmy' had sex with an 18-year-old friend, he sent her a text she wasn't expecting. 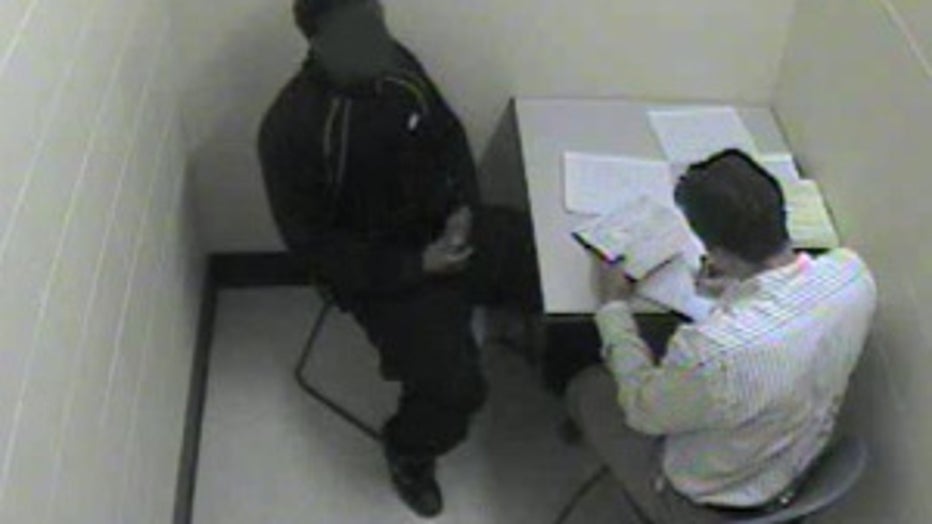 A criminal suspect meets with a Milwaukee Police Detective after he threatens to post video of a sexual encounter with a female acquaintance.

Jimmy not only recorded their first encounter -- he wanted to make a sequel.

"I was tryin' to have her come back," he later told a detective during a videotaped interview.

When the young woman, whom we'll call 'Deanna' refused, he tried to intimidate her.

"'Oh the video's doing numbers,' like he already showed some people," Deanna recalled him saying.

"'Your video is doing numbers.' What does that mean?" the detective asked Jimmy during the interview.

"Like my family's going to see it and everything," Deanna said.

"Pretty much everything I was doing, I was trying to get her to be scared," Jimmy admitted to police.

And according to Erin Karshen, an assistant district attorney in Milwaukee County, fear works. 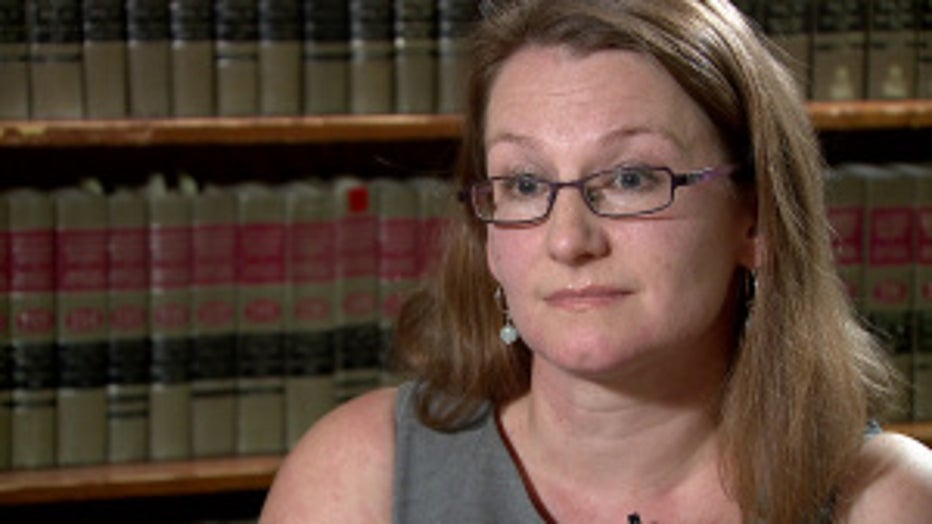 "It is extremely powerful," Karshan said.

She prosecutes sensitive crimes and says perpetrators use fear to get what they want.

"They either want more nude images or they want some type of sexual contact or they want money," Karshan said.

Last summer, a 15-year-old Milwaukee boy got a Facebook friend request from a girl named "Nely."

According to a search warrant affidavit filed in January, "Nely" asked if he wanted to have sex, then instructed him to go on Skype and perform sex acts for her. He did and "Nely" recorded it. And that's when the person posing as Nely revealed he was actually a man. That's a scenario Karshen says is not uncommon.

"You can get stock images from the internet, so you can fill that fake profile," Karshen said.

The man posing as Nely threatened to post the video of the boy's sex act online unless he paid $100 and agreed to meet at a south side Milwaukee park for sex.

"The victims will do whatever it takes to make sure these nude images don't get out," Karshen said.

So the young man grabbed $100 and headed out the door toward the park. He started walking. And walking. And walking. According to the search warrant, the boy walked to 13th and Cleveland -- more than three miles from his home. He was two blocks away from the park when he "got scared" and went to police instead. Karshen says that case is still under investigation, but it's emblematic of a growing problem. 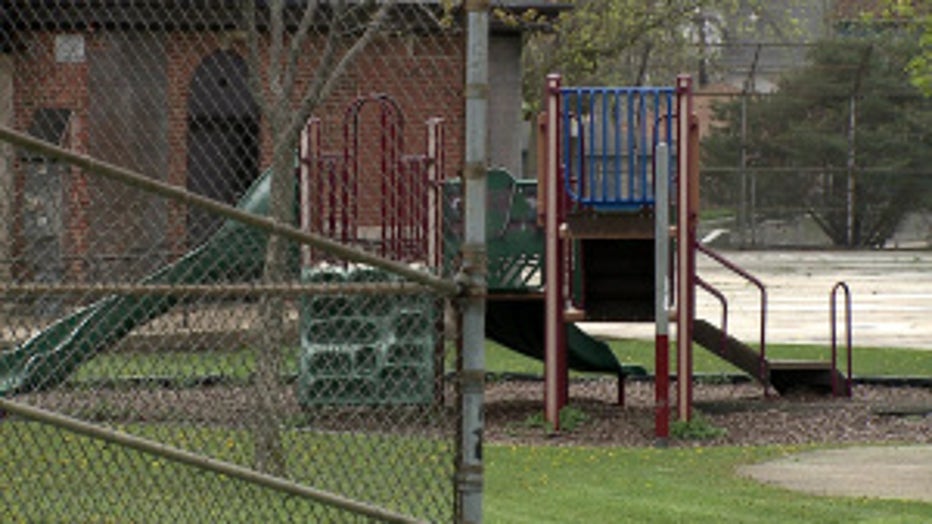 A man posing as a 17-year-old girl is accused of tricking a 15-year-old boy into performing a sex act on a webcam. The man recorded the act, then threatened to release it publicly unless the boy paid him cash and met him at a local park for sex.

Sexual blackmail is known around the world by a single word -- sextortion.

Two years ago, Miss Teen USA -- Cassidy Wolf -- disclosed that a hacker had secretly recorded her in the nude, then tried to blackmail her into sending more sexual photos.

"My computer and my webcam were hacked into," she said.

Turns out, the hacker was a 19-year-old former classmate who had done the same thing to women all over the world.

Even if you only keep sexual images in a private folder on your home computer, you could still be a victim. In New Hampshire, 21-year-old John Villegas is serving 33 months in federal prison after breaking into the home of a female acquaintance. He stole her laptop, then sent an email that read, "what if I told you I have 'pics' of you? Like a lot. Would you sent me more?" When she balked, he threatened to release the nude photographs he'd found on her computer. They were private pictures taken with her own digital camera. The victim later committed suicide.

"It's horrible for victims." Karshan said.

But perhaps the most egregious case of sextortion is the one that launched the term into national prominence six years ago. A case that happened right here in Wisconsin.

Anthony Stancl was a student at New Berlin Eisenhower High School when he posed online as a teenage girl. He tricked more than 30 boys into sending him nude images, then blackmailed seven of his classmates into homosexual sex acts to avoid having their photographs released. Stancl is now serving 15 years in prison.

"I think a lot of parents learned something from this. At least I hope they did," said Wisconsin Attorney General Brad Schimel, who was then the Waukesha County district attorney.

But charging the blackmailers isn't always easy. There is no such thing as "sextortion" in Wisconsin's criminal law books.

"We've tried to become pretty creative in finding statutes that deal with this," Karshen said.

Karshen recently charged 18-year-old Cameron Wiley with an offense that technically falls under the heading of property crimes.

Posing as a 15-year-old girl, Wiley allegedly coaxed two other teenage girls to send nude photos of themselves through a social media site called 'Kik.' He then threatened to expose them if they didn't send more. According to one text exchange included in the criminal complaint Wiley warned, "you have 30 seconds to take that towel off. Think I'm playin'? Imam show u what happens to property that doesn't cooperate." 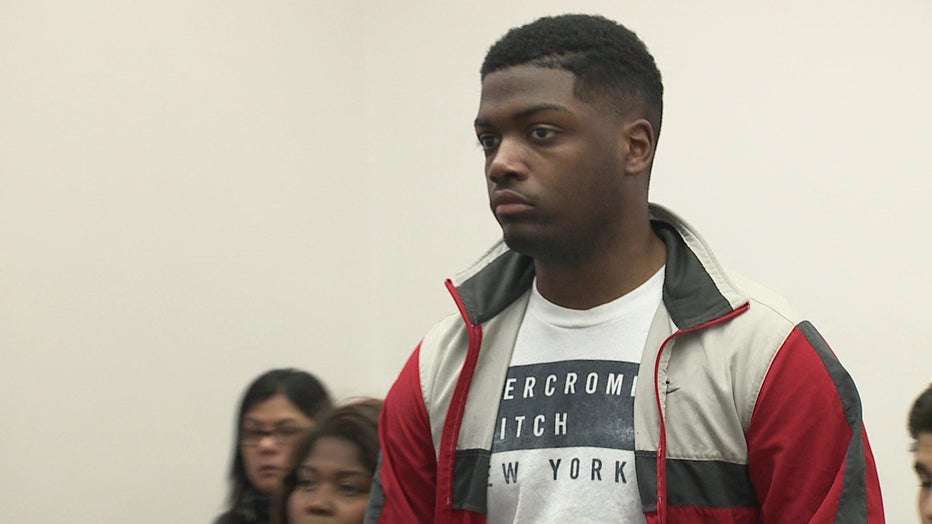 Cameron Wiley is scheduled for a plea and sentencing May 21st. He is accused of tricking a teenage acquaintance into sending nude photos, then threatening to 'expose' her publicly if she did not send more.

One of the victims complied.

"It just shows the amount of power that someone has when they possess these nude images and these nude videos," Karshen said.

"I was just tryin' to mess with her back. That's all," Jimmy said.

Remember 'Jimmy?' When police interviewed him, he had no idea what crime he was accused of. And, frankly, police weren't sure at first either.

"They didn't know exactly like, what category to put it in I guess," Deanna said.

He was eventually charged with "capturing an image of nudity without consent," but a jury found him not guilty. He never did post the video online. And he was never charged with threatening to post it.

"If I posted the stuff we was doin', that's a felony right?" Jimmy asked.

"Exactly. But I never did that," Jimmy said.

"Just keep the victim in mind. Just know that this is not a victimless crime at all," Deanna said.

Experts say the number one thing you can do to protect yourself from sextortion: Don't take nude photos in the first place. Certainly don't send compromising photos of yourself to others.

But that still may not be enough.

Digital security experts say you should cover your webcam when you're not using it. Use a firewall and anti-malware program on your computer. And parents -- talk with your kids about these kids of threats. Let them know it's okay to come to you if they're being threatened or coerced by someone online.

In the meantime,  district attorneys are finding ways to hold offenders accountable. But they are relying on laws that were written long before crimes like these were even possible.