MILWAUKEE -- A man convicted in a fatal shooting in December 2018 is accused, prosecutors say, of sending letters asking to kill witnesses who testified against him in his murder trial. The letters were uncovered because the Postmaster accidentally delivered them to the wrong address. 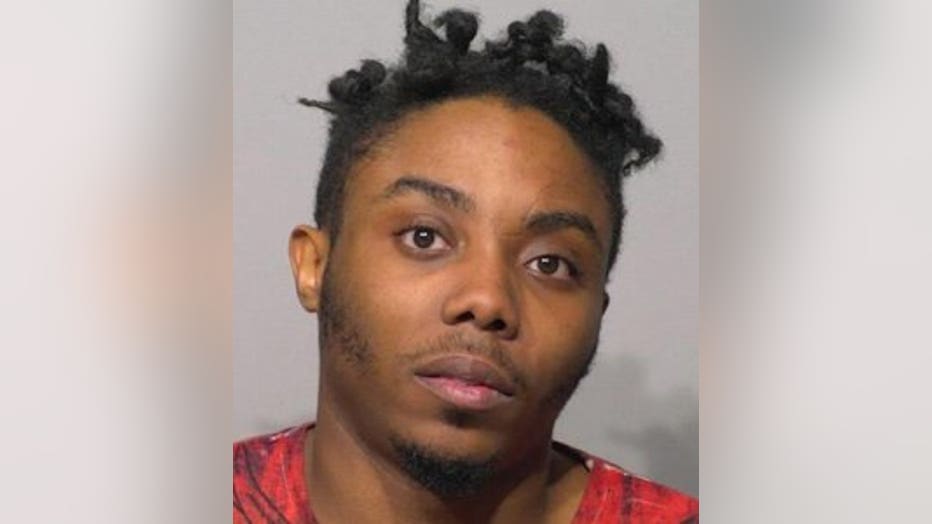 Jarmell Bingham, 21, was convicted in late October of killing Terry Jones at 45th Street and Clarke Street. Three witnesses who testified in that trial, prosecutors said, were mentioned in that letter intercepted by police. The letters, authorities said,  also revealed a plan to smuggle heroin into the jail to sell it to other inmates.

Bingham was also charged with another homicide in February 2017 in Milwaukee, but charges were dropped because a key witness refused to testify.

Prosecutors and police first learned of Bingham's alleged plan when a letter arrived at the wrong address. Court documents said Bingham sent the letter on Oct. 27 to an address on 64th street. The person who received it mistakenly opened it and alerted police because of the "alarming contents." The complaint said Bingham's name and inmate number were listed on the top left corner of the envelopes.

"Our commitment, again, is to make sure this process unfolds in the courthouse - that it doesn't unfold in the streets. That's not justice," said Milwaukee County District Attorney John Chisholm.

Jail records showed four letters were sent to the 64th Street address in June, July, and September. Prosecutors the intended recipient knew Bingham and attended his trial in connection to Jones' death. Jail calls revealed Bingham also called the person who lived at the 64th street address and asked to, "burn some of the letters."

Prosecutors said the contents of the letter showed Bingham wanted these witnesses dead and police acted quickly to ensure their safety.

"Aye you gotta smoke my witnesses before my appeal to make sure I come home for sure."

In one letter, court documents said Bingham wrote: "Aye you gotta smoke my witnesses before my appeal to make sure I come home for sure."

A criminal complaint said Bingham went so far as to name the witnesses, locations where they may be and that photos of them could be found online. Bingham added, "I need this done before my appeal...no trial if they dead."

According to the complaint, Bingham believed this strategy would result in him being freed on appeal within five years.

Prosecutors believe the 21-year-old "intended to solicit another person, the intended recipient and/or others, to kill the three witnesses who testified against him." They added that the "accidental delivery" caused the defendant's plan to fail.

The letters not only detailed a plan to kill, but also a plan to smuggle drugs into the jail. Court records reveal Bingham asked the person living on 64th street to smuggle in heroin so he could sell it to inmates.

"...I need you to have it bagged up in all halfs inside of colorful balloons so I can swallow 'em like Skittles."

The complaint said Bingham wrote, "Just have somebody meet up with my baby mama a day before visiting day, but every time you meet with her, give her 20 grams, but I need you to have it bagged up in all halfs inside of colorful balloons so I can swallow 'em like Skittles."

Investigators said he indicated after selling 10 grams, he planned on "buying a bigger bag," writing, "there are so many ways to get paid (in prison) I'll be foolish to let the opportunity pass me."

Bingham offered instructions, prosecutors say, that he planned to swallow the heroin masqueraded as candy and distribute it behind bars, writing that the money generated from the clean sales "is going to be legit because it's gone be a check signed to me from a person, which means it's clean money."

He asked that this be set up by March, "'Cause I should be at my joint by then."

Investigators executed a search warrant at the home on 64th Street on Nov. 4, and the complaint said three envelopes were located -- sent on Sept. 12, Sept. 16, and Sept. 25, along with a one-page letter with the same handwriting, and the facts of Bingham's case. Prosecutors said Bingham's fingerprints were found on that letter, which included this statement: "Make sure this info don't get to the DA."

The most recent case against Jarmel Bingham isn't the first time he's accused of threatening witnesses who may have information against him. Bingham and his brother, Alonzie Bingham, were charged Feb. 1 in connection with the shooting death of Terry Jones. 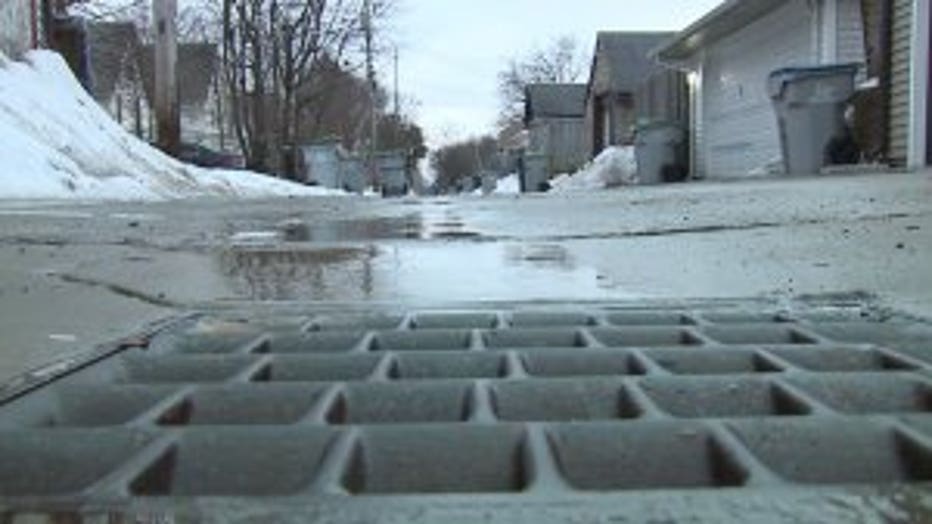 The 24-year-old was killed near 45th Street and Clarke Street on Dec. 27, 2018. Prosecutors said they were involved in a month-long crime spree involving 10 incidents, including the fatal shooting prosecutors said followed the theft of a vehicle.

On 62nd Street, according to police, Terry Jones and his friend saw Jarmall Bingham steal his friend's vehicle. The two drove around for hours trying to find it, police said. According to the criminal complaint, Jones was calling people notifying them about the stolen car and that Bingham may be responsible.

That key witness says Jones' actions that night might have led to his own death. 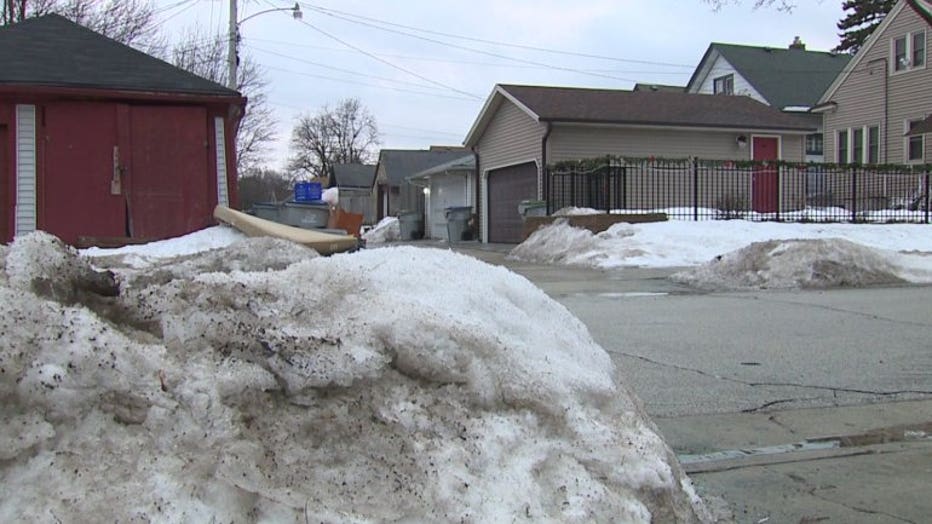 Jones was found in an alley off Clarke Street seven days after his friend's vehicle was stolen. A witness said Jones and Bingham were together right before his death. According to court documents, Jones said to Bingham: "How are you going to rob me? I know you. I know your people." Then, a witness told police Bingham shot Jones. Jones was found with 26 gunshot wounds in his body.

The homicide was unsolved for a month -- until Bingham and his brother were arrested after a police chase. Authorities believed the two operated a "mobile drug house" out of their vehicle.

Investigators believed the Bingham brothers were distributing and protecting illegal drug sales. When police searched the vehicle that crashed, ending the chase, they found two guns matching the description of the gun used to kill Jones.

Jarmell Bingham in October was convicted on the following counts and is set for sentencing on Dec. 23:

Alonzie Bingham pleaded guilty in September to one count of maintaining a drug trafficking place, as party to a crime. In October, he was sentenced to serve two years' probation.

Jones' death wasn't the only death Jarmell Bingham has been charged with, but the only one he's facing time for. In September 2018, two charges were dismissed by prosecutors against Bingham in connection with a fatal shooting on Feb. 1, 2017. 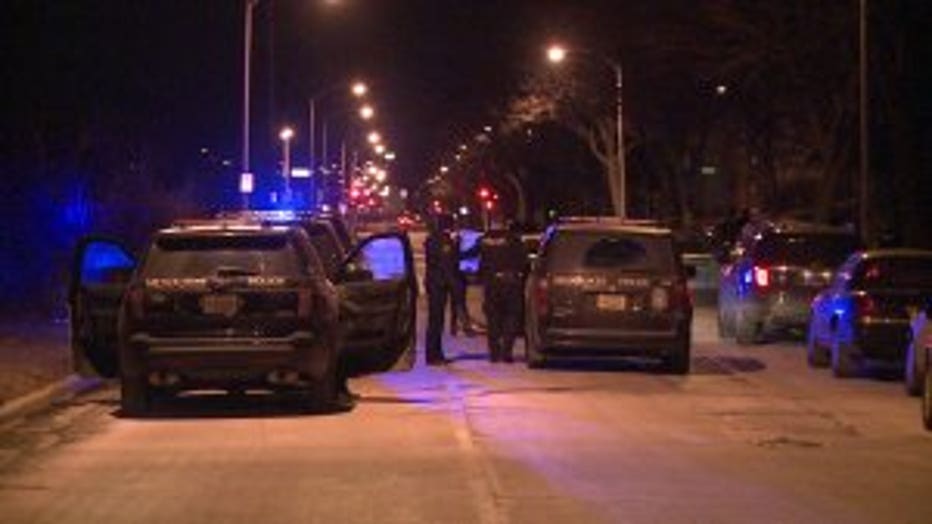 Police said Rashard Wright, 23, was found lying in the street, suffering from a gunshot wound near 7th Street and Wright Street. He died at the scene.

Bingham was previously charged with one count of first-degree intentional homicide, and one count of possession of a firearm by a felon. But prosecutors dropped the charges because a key witness refused to testify.

"That's the dynamic that we encounter all the time. We do everything in our power to make our witnesses and our victims safe. At the end of the day, there are limits to what we can do as well," Chisholm said.

FOX6 News received this statement from the prosecutor regarding that decision:

“What was said on the record was, in substance, a necessary witness refuses to testify. Without that witness, any chance of proving the charge disappeared. That witness has a pending criminal charge which is unrelated to this homicide. The only way to force a witness to testify is for the court to find the witness in contempt. The sanction for contempt is either 30 days or one year, depending upon the type of contempt. According to the witness’s attorney, the threat of that sanction means nothing to him, especially in light of his own case and potential penalty, and he would not testify. Case was dismissed without prejudice, meaning that if the witness, at some time in the future is willing to testify, the case could be reissued.”