WAUWATOSA -- John Kasich's presence in Wauwatosa on Wednesday, March 23rd was a welcome sight to 400 supporters who see him as the only adult remaining in the Republican presidential race. But Kasich's inability to win more than his home state of Ohio has left him a longshot in Wisconsin. Kasich wasn't the only presidential candidate who made a stop in southeastern Wisconsin Wednesday. 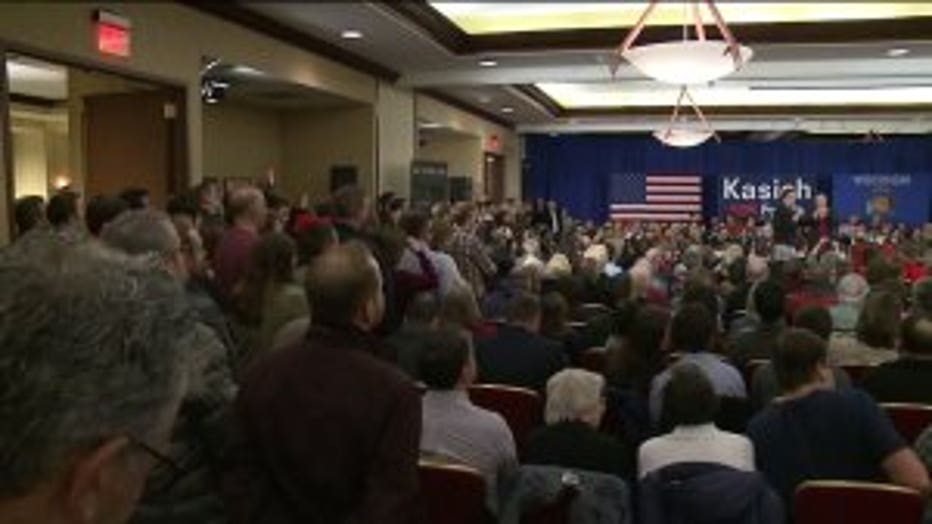 Kasich told the crowd that he has "labored in obscurity" on the campaign trail because he has refused to engage in name-calling with rivals Donald Trump and Ted Cruz -- comparing himself to Gov. Scott Walker, who dropped out of the race last fall.

Former Wisconsin Gov. Tommy Thompson introduced Kasich by calling him the only Republican candidate who can beat Democrat Hillary Clinton in the fall.

Former Gov. Scott McCallum has also endorsed Kasich and was in the crowd. 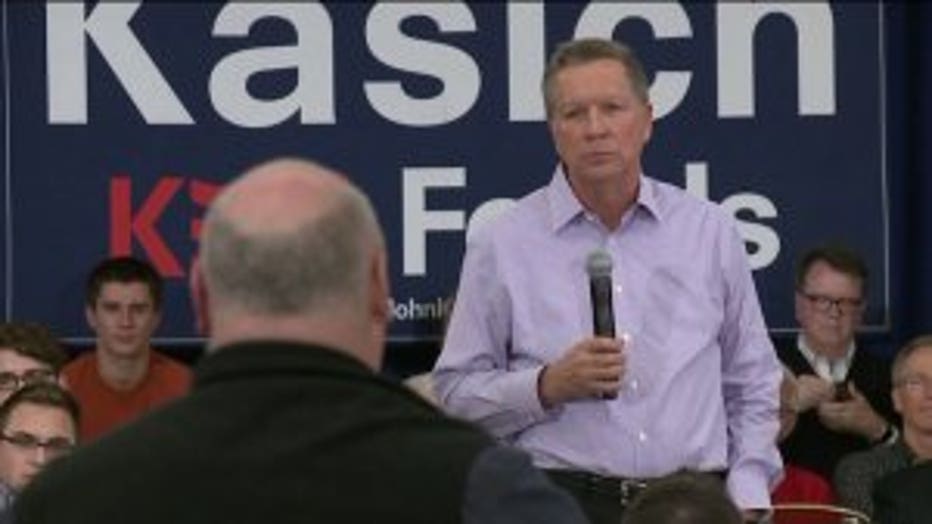 Kasich told reporters after the event that he has contacted Walker about a potential endorsement, but "I'm not sure what he's going to do."

Kasich took several questions from audience members, some of whom called Trump a "clown" and a "bozo," and referred to Cruz as "this Cruz."

The Ohio governor criticized his rivals for saying they wanted to patrol Muslim neighborhoods after Tuesday's attacks in Belgium.

"If we tell (Muslims) to drop dead, how do we get them to work with us (fighting international terror)?" Kasich told the audience. 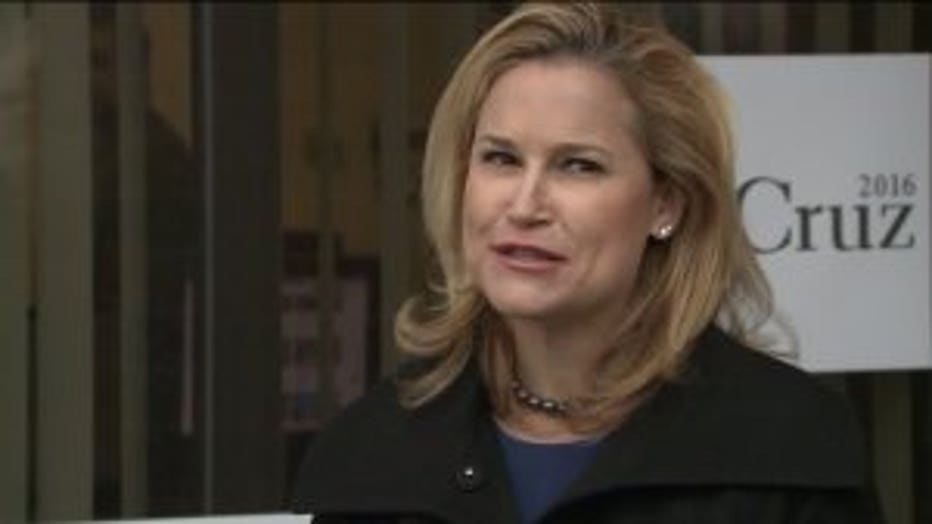 Kasich fought back against the narrative that he was a longshot candidate in Wisconsin, vowing not to drop out of the race before the state's April 5th primary. 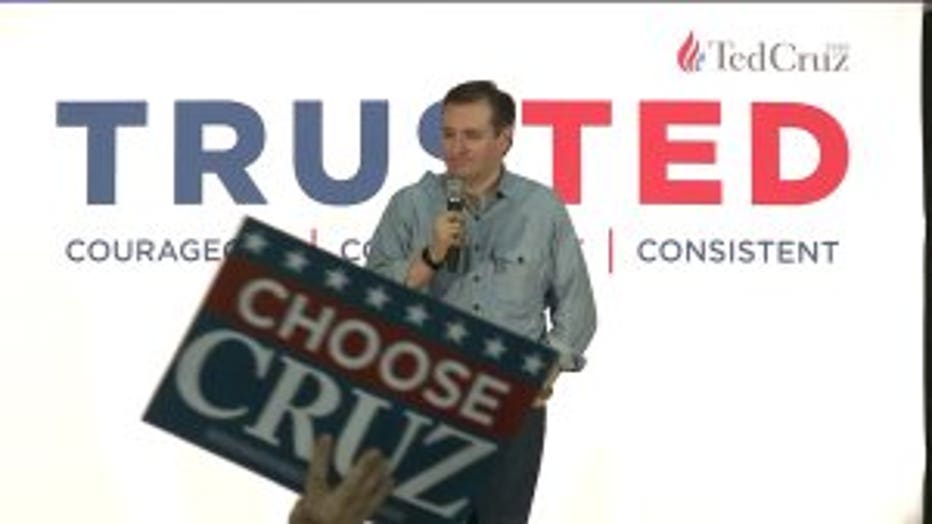 Meanwhile, Ted Cruz says he should be the nominee.  His wife, Heidi, stopped in Waukesha to open a new campaign office on Wednesday.

"Ted Cruz is the right person to be president of this country. He is ready to be commander in chief on day one," said Heidi Cruz. 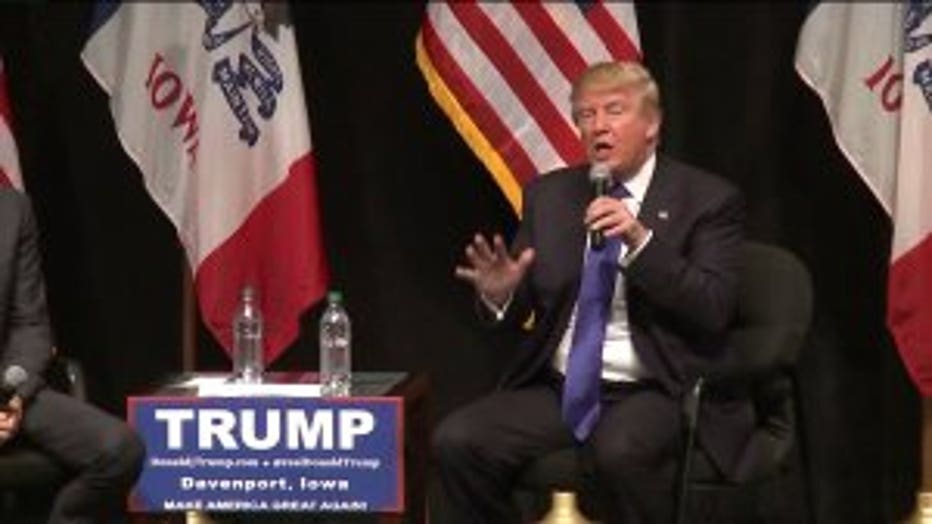 Responding to the latest controversy -- Trump threatening to "spill the beans" on her -- Heidi Cruz would not say what that meant.

"You probably know by now that most of the things that Donald Trump says have no basis in reality," Heidi Cruz said. "So we're not worried in the least. We're focused on our campaign." 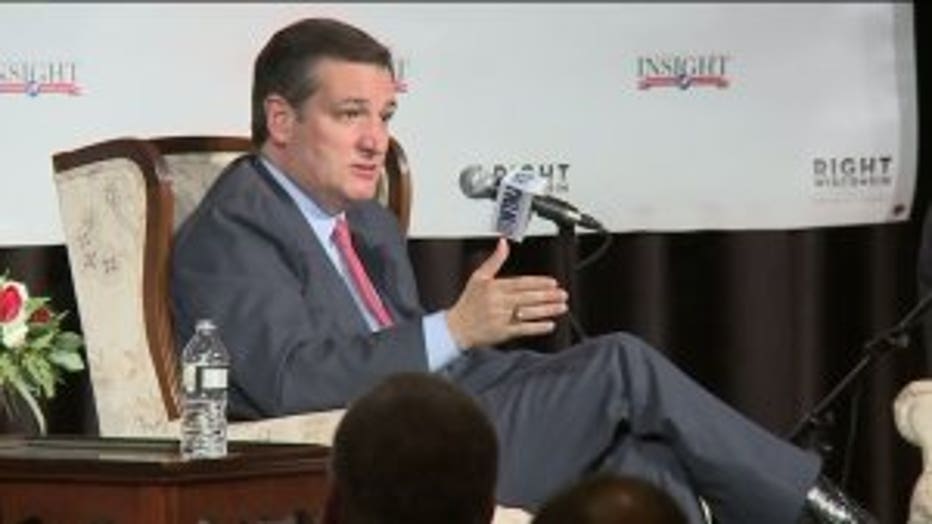 Cruz said Wisconsin has a megaphone for the country, and all eyes are on the Badger State.

It was Cruz's first campaign event in Wisconsin.

"There are good people in Wisconsin who are fed up with Washington," Cruz said.

It was friendly territory for Cruz.

Many of the 400 audience members shouted their support.

Cruz didn't back away from a controversial position -- calling for extra police patrols of Muslim neighborhoods.

"The president of the United States has a press conference where he lectures people on Islamophobia. Enough is enough. We're going to protect this country," Cruz said.

Cruz said grassroots support, not endorsements will be what wins Wisconsin.

He didn't say whether he has talked with Walker regarding a potential endorsement.