MILWAUKEE -- There are an estimated 2,500 shipwrecks in Lake Michigan and about 1,000 of them are still missing! Now, a local boat captain and her team say they've discovered a wreck missing for more than a century. They invited FOX6 along for their first dive.

"It took four years to get here," said Hanakova. "This is what we do. We go and find new wrecks."

Hanakova and her team believe they've located the wreck of the Alice E. Wilds. The lumber steam disappeared beneath the lake's surface in 1892. 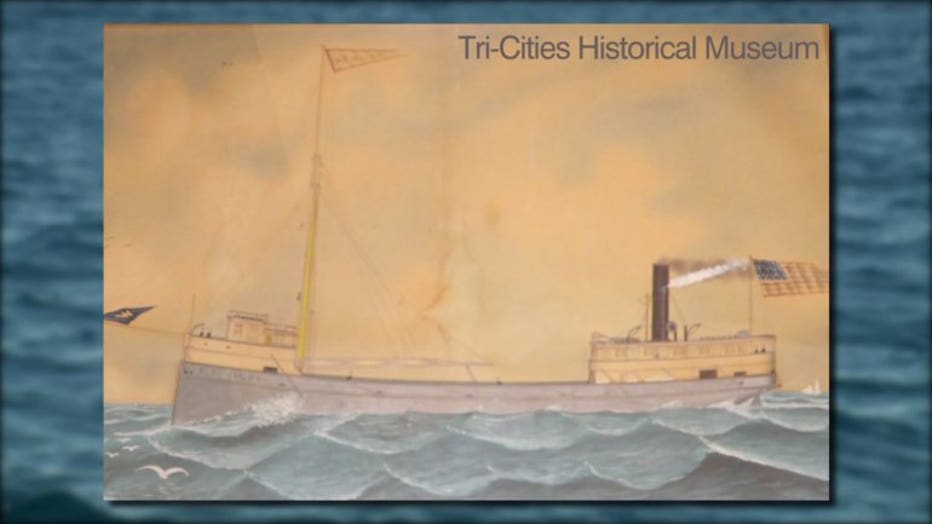 The Wilds was traveling in foggy weather when it was struck by another steamer. Its crew managed to escape, but the steamer sank to the lake's bottom to be forgotten.

"We went to the library, did our research, plotted the search grid and found it," said Hanakova.

FOX6 News was along for Hanakova's first time diving to the wreck. She jumped in with two photographers to document their discovery.

Her dive team discovered that the freshwater has preserved the wreck well in its watery grave. Hundreds of feet underwater, it was hard for her team to share their reactions with one another. Back on board, it was hard to contain their excitement!

"We didn't find a name to identify it, but I have no doubt it is the Alice E. Wilds, because it does have a collision dent on the port side, just like it was reported," said Hanakova.

Heading back to shore, there was a feeling on amazement. It was an exceptional day spent uncovering the past, and just a day in the life of modern day explorers.

"This is something that not everybody gets to do. To do this research and go and find this wreck and dive it, it's very unique and very exciting," said Hanakova.

The state archaeologist says the Wisconsin Historical Society has three prior reports of the Wilds discovery from different fishermen and wreck hunters, but all at different locations that have not been verified. One Great Lakes historian tells FOX6 he believes this is the first discovery of the Wilds.