Wrap, wrap, rap: Young professionals gather to make blankets for homeless teens; “something we must do”

Wrap, wrap, rap: Young professionals gather to make blankets for homeless teens; "something we must do"

MILWAUKEE -- The cold days of winter are the harshest for Milwaukee's homeless community. It can make holidays like Christmas seem like an afterthought. That's why the United Way hosted a special wrap party to create a warm reminder.

It was the hottest ticket in town -- a volunteering party.

"We hit capacity -- so that is great," a volunteer said. 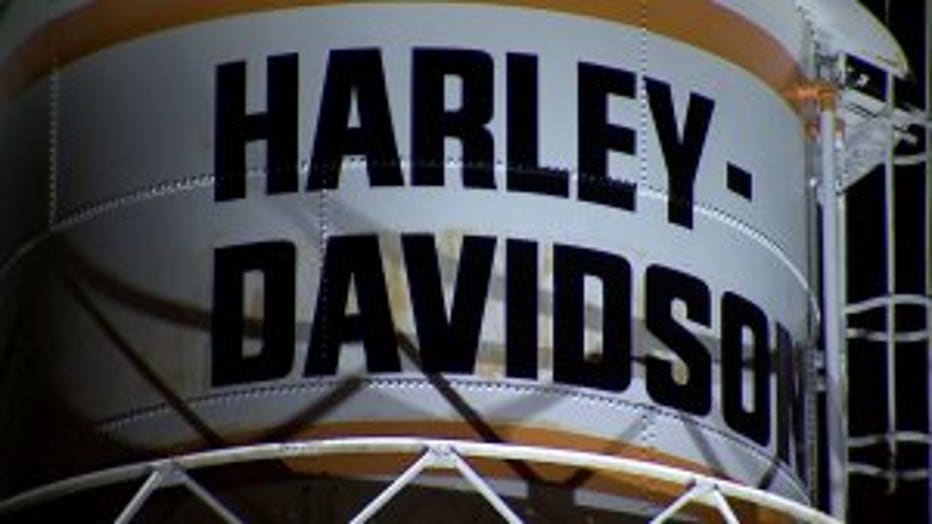 It took place at the headquarters of raw American power -- Harley-Davidson.

"We know that there are many homeless youth in Milwaukee and in the surrounding area," Rachel Strehlow with the United Way said.

"It`s just something that we must do. We have to do it," Tawanna Jackson with MillerCoors said.

The goal was to warm those in a tough spot. 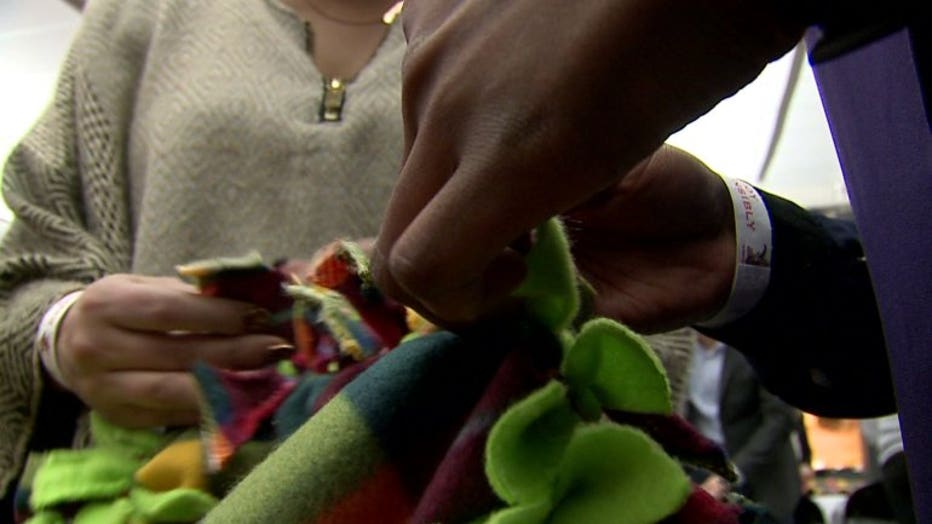 "We are making blankets for homeless teens. We are putting together fleece and tying them up so that we can wrap these teens up with warm blankets and some holiday love. We figure you're young -- you're going to go to happy hour anyway, so why not come to happy hour with us and give back to the community!" Strehlow said. 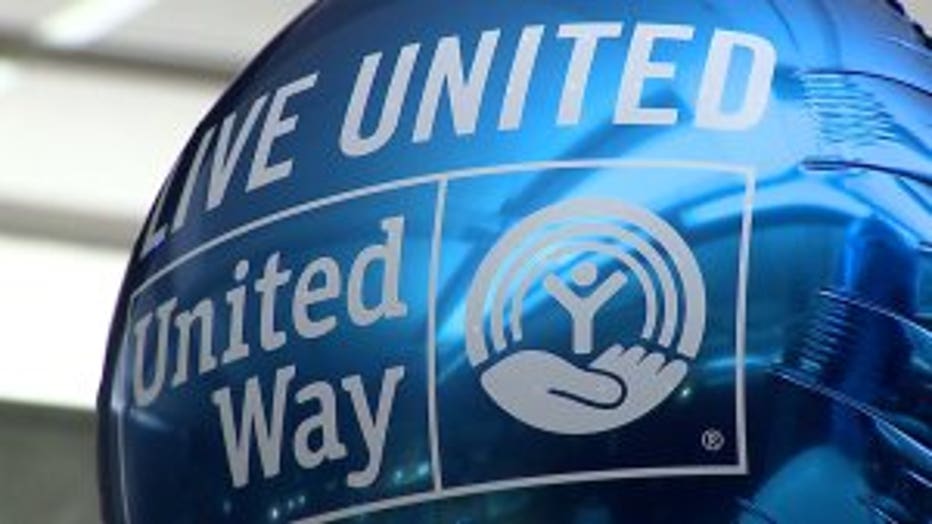 Those from Harley-Davidson, Pathfinders and United Way charities mingled before getting down to business.

"There are so many young people out there that are walking the streets. And, they`re just looking for some place they can go," Genise Lindner, director of development for Pathfinders said.

Tawanna Jackson was one of many volunteers creating these fleece blankets for those in need. 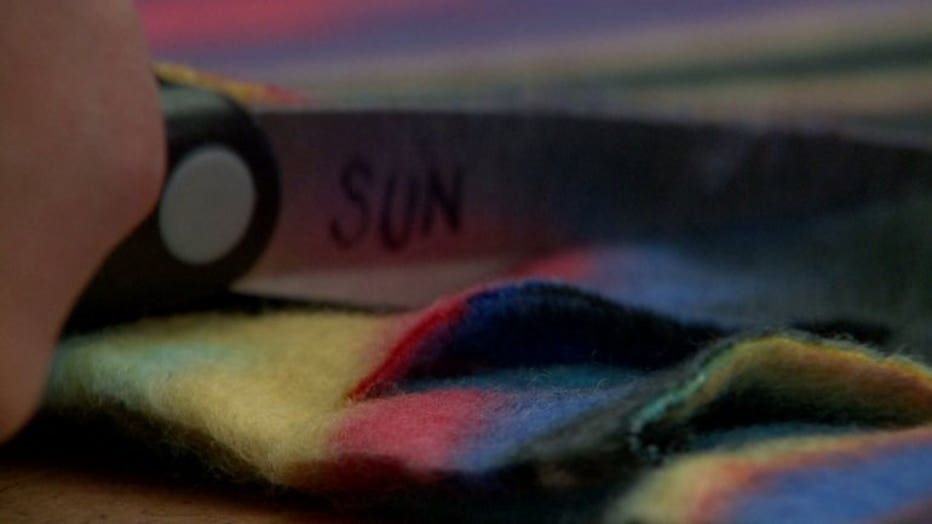 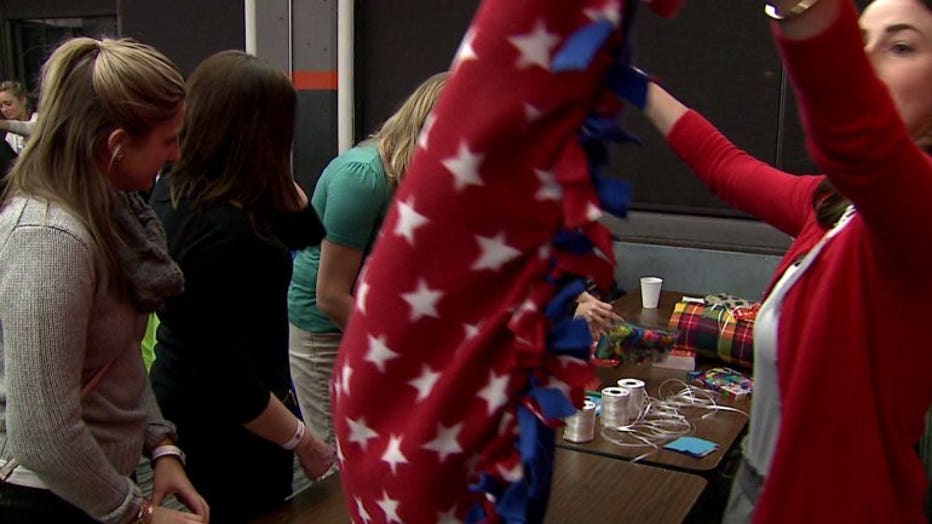 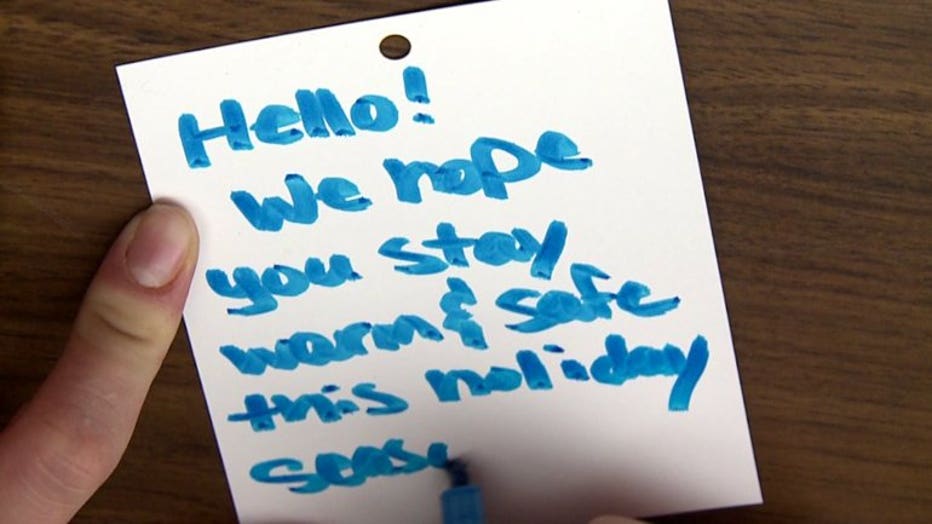 "You don`t have to go far to see that there are people who are struggling," Jackson said.

"This blanket is going to go to someone who needs it," Paul Kolbe with Software One said.

"It's a neat experience," Jackson said. 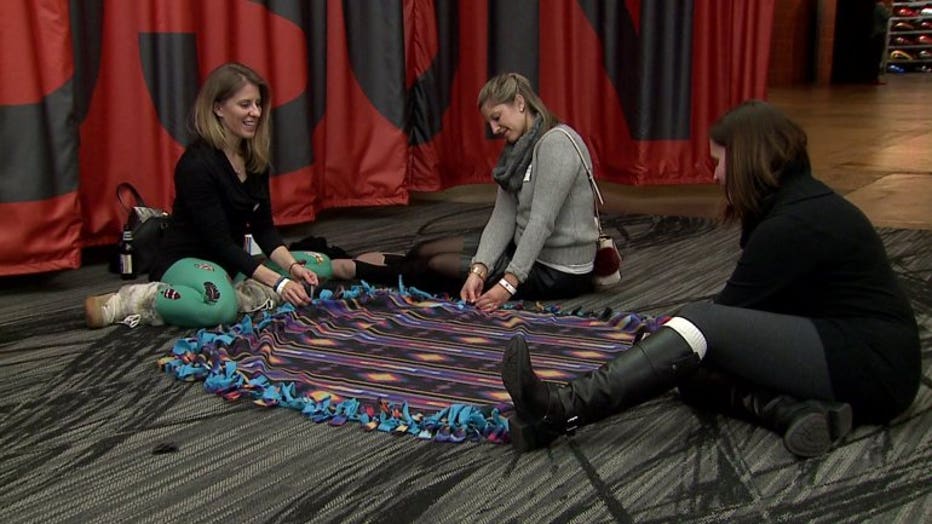 There was even a DJ on hand -- spinning holiday jams and old-school hip-hop.

"The name of the event is Wrap, Wrap, Rap -- so not only are we wrapping up the season of LINC, we are making blankets that teens can wrap up in," Strehlow said.

LINC is a branch of United Way seeking to engage young professionals. 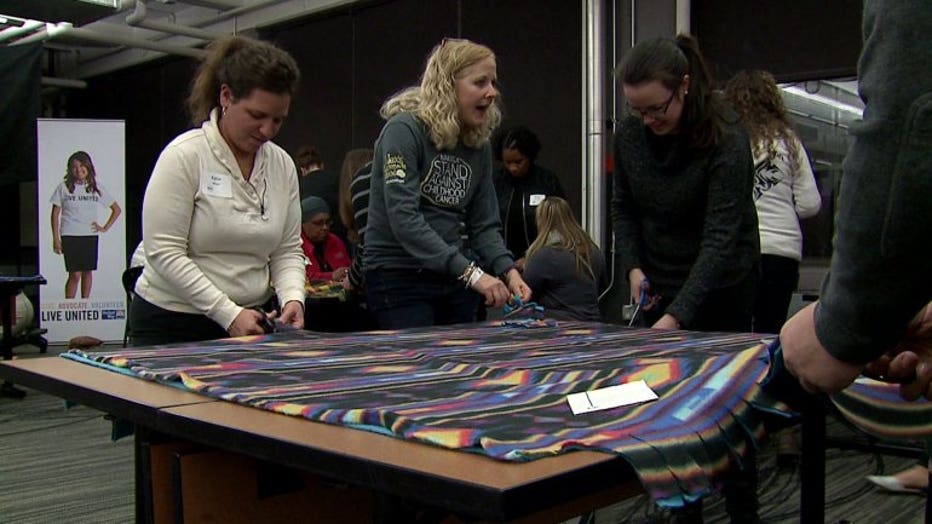 These volunteers said everyone deserves to be warm in the winter.

"It`s hard not to walk away with a smile!" Lindner said. 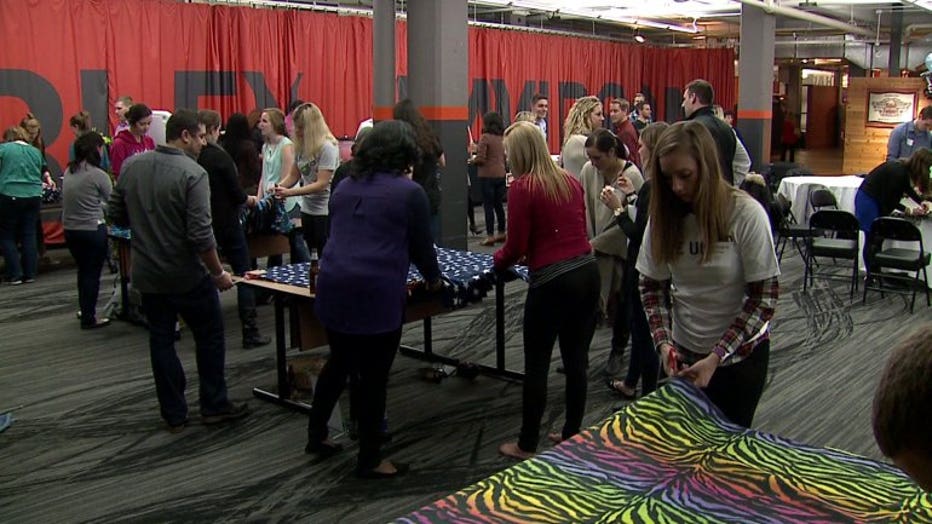 The blankets made during the wrapping party would be handed out the very next day -- as many as 100 of them!

"I feel the fleece around my heart and I know that`s going to happen with our youth as soon as they receive those blankets," Lindner said. 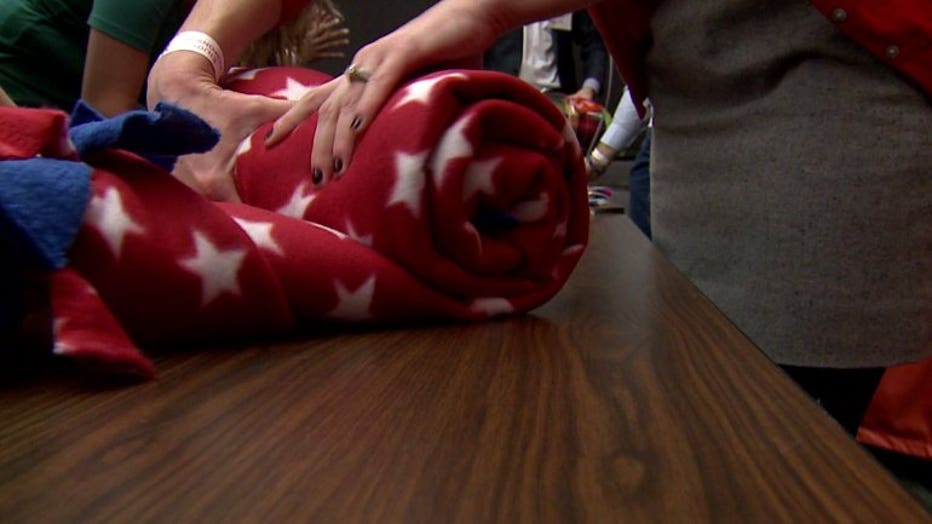