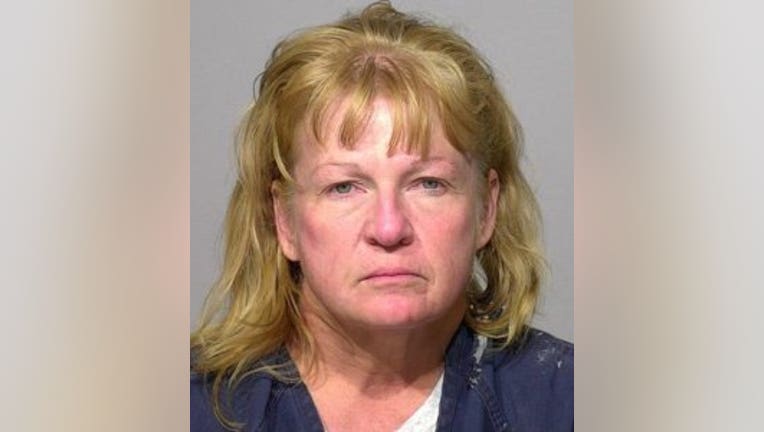 MILWAUKEE COUNTY -- A California woman accused of stealing thousands of dollars in jewelry from a Glendale home that was up for sale during an open house pleaded not guilty Wednesday, June 12.

Janet Barnes, 50, of Selma, Calif. waived her preliminary hearing Wednesday. Probable cause was found for further proceedings, and she was bound over for trial. A bail/bond hearing was set for June 18. Cash bond was set at $10,000 on June 5.

According to the criminal complaint, police were dispatched to the Glendale home on Friday, May 24 for a report of a theft. The owner of the home was selling the house -- and had an open house on May 22. The homeowner indicated to police that after the open house she "discovered that multiple items of jewelry including several bracelets, necklaces and rings were missing along with several Louis Vuitton purses, a Tag Heuer watch, and an Irish Coin. One of the rings valued at over $10,000 was a family heirloom." The homeowner said she valued the items stolen at more than $24,000.

A real estate company vice president spoke with police and "provided information that there were several similar incidents that occurred in Shorewood, Milwaukee and Menomonee Falls over the last few weeks."

The complaint indicated Barnes showed up at the start time for the open house on Wednesday, May 22. She apparently "talked about having $1 million before she even introduced herself." The agent told police Barnes "was wearing a lot of jewelry." While upstairs touring the house, Barnes allegedly asked to use the bathroom. The agent pointed out where the bathroom was -- and went downstairs to attend to additional people who arrived to see the home. The complaint said a short time later, "the subject came downstairs and left the residence without saying anything."

A detective on the case discovered "the defendant had sold several items of jewelry at Derzon Coins on May 24, 2019 and Stein's Jewelers on May 25, 2019." The Glendale homeowner positively identified two bracelets that were sold to Stein's. When the detective went to Derzon coins, again the Glendale homeowner identified several items as belonging to her.

On May 31, the complaint said Barnes "was located outside Derzon Coins in West Allis and taken into custody. When the defendant was arrested, a cornucopia of jewelry" was recovered. Also recovered from Barnes was several realtor business cards.

Later the same day, detectives questioned Barnes about the theft from the Glendale home. The complaint said she "admitted selling jewelry that she took from that home to Derzon Coins and Stein's Jewelers." Barnes also identified herself in still photos from surveillance taken at the locations.