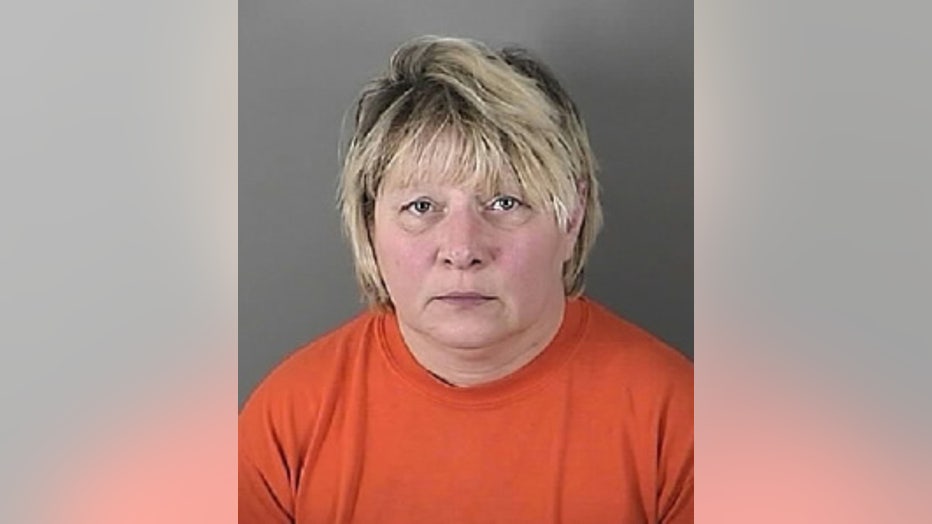 OAK CREEK -- A 55-year-old Oak Creek woman is accused of stealing thousands of dollars while managing a senior living center in Pewaukee. She allegedly used the money to buy everything from cigarettes to toys. Worst of all, this woman is the manager at the senior home.

Deborah J. Nowakowski, an administrator at Cecelia Place in Pewaukee, was charged in Waukesha County Circuit Court Thursday with one count of theft of more than $10,000 from a business and 21 counts of identity theft for financial gain.

From toys to toaster ovens, the Pewaukee police search warrant pictures number in the hundreds. The items officers found were from Walmart, The Dollar Tree, and Target -- all allegedly bought with a credit card or checks belonging to Cecelia Place. "Anything from gift cards, to alcohol, to food that they wouldn't serve at the facility like lobster and steak. There was a gun case that was purchased that the facility wouldn't have use for," Pewaukee Detective Craig Drummy said.

The criminal complaint says Nowakowski gave the senior home's credit card and checks to her roommates, her mother and her daughter. All three worked at Cecelia Place, and police say all three allegedly signed to buy items for their home.

The criminal complaint says the owner of the facility noticed food bills for the assisted living center had skyrocketed, and that's when he started looking closer at the books.

Police say they found shelves of food stored in the women's basement.

To date, the mother and daughter of Nowakowski have not been charged in this case.

Nobody from the assisted living center returned calls from FOX6 News.

If convicted, Nowakowski faces up to 136 years in prison and $235,000 in fines. She'll make her initial appearance in court March 5th.

Nowakowski's lawyer, Mark Pecora, says "Mrs. Nowakowski is innocent of these charges, and they will be vigorously challenged in court."

CLICK HERE TO READ MORE ABOUT THIS STORY FROM FOX6'S MEDIA PARTNERS AT THE OAK CREEK PATCH.