Woman gives police fake identity for 4 years to get out of traffic tickets, OWI

Woman gives police fake identity for 4 years to get out of traffic tickets, OWI

LAKE GENEVA — When police pull you over, one of the first things you can expect is to prove who you are. But in Walworth County, police might not believe you are who you say you are.

"I saw four tickets on my record that I 100% did not do,"Jane Bowler said. "I wasn't even there. I wasn't even in Wisconsin."

In 2014, Bowler discovered someone had been using her identity to get out of traffic tickets. She went to the Department of Motor Vehicles in Louisiana, where she lived at the time, to renew her driver's license. The DMV said her license had been suspended for a year. 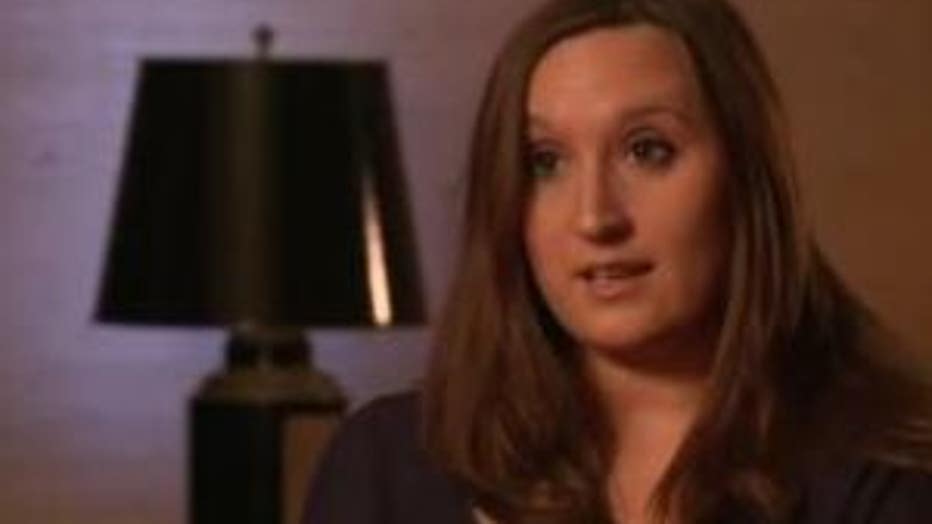 Jane Bowler explains how she felt when she found out her own sister stole her identity.

Bowler was working for AmeriCorps and the Red Cross in New Orleans. At the same time, though, she was somehow racking up traffic tickets in Wisconsin.

"I lost my license for a year. My husband and I paid hundreds to thousands more in car insurance," Bowler said.

Bowler and her husband spent hours trying to call officials in Wisconsin to get to the bottom of it, but nobody took them seriously. 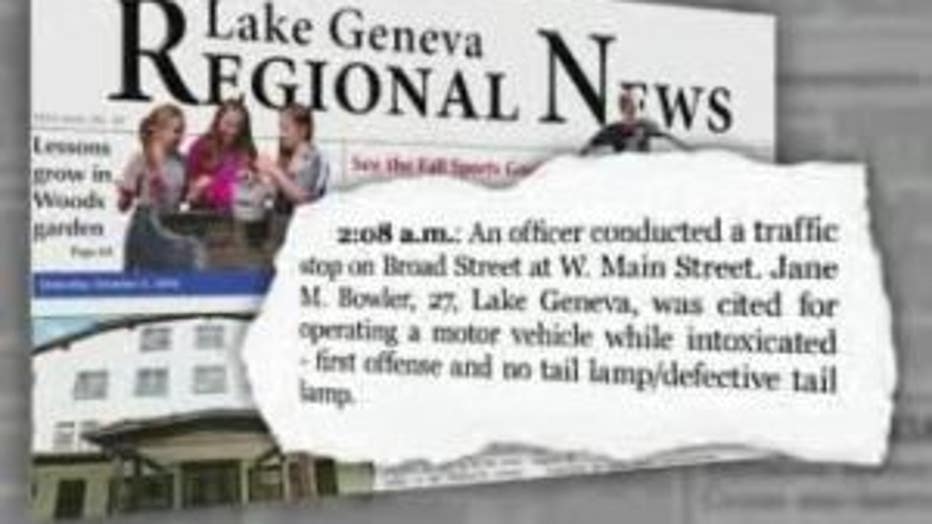 Jane Bowler saw her name in the local paper accused of crimes she did not commit.

And then her name ended up in the Lake Geneva newspaper.

"In a blink of an eye my identity, my record was just messed up," Bowler said. "I was hysterical."

The newspaper reported she had been pulled over for drinking and driving. When she tried to get her record cleared, she says police weren't very helpful. The Walworth Country District Attorney's Office sent Bowler an email saying, "We cannot assist you in any way."

She finally showed up in person at the Lake Geneva Police Department to explain the mistake.

"She didn't give them a fake ID. All she gave them was my name, my birth-date and my address and these tickets were put on my name," Bowler said.

As it turns out, it wasn't a stranger that had stolen Bowler's identity. It was her own sister, Anna Bowler. 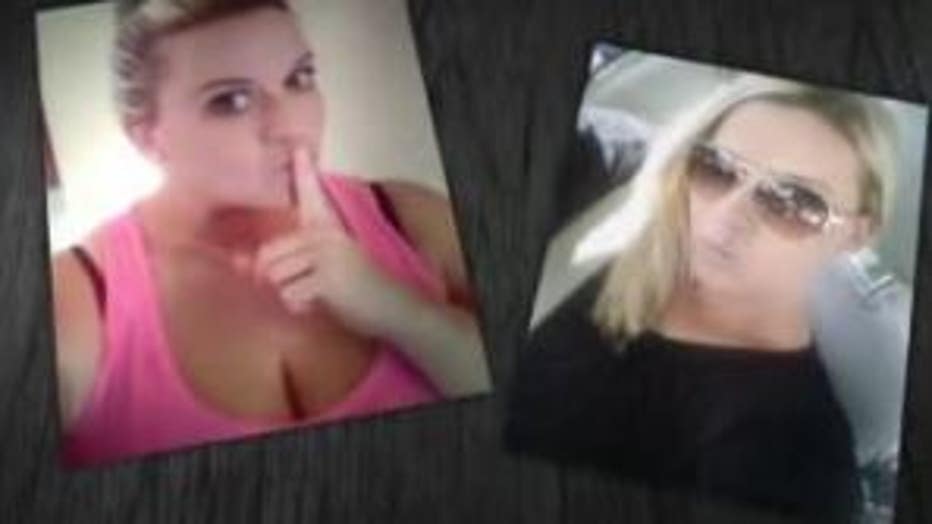 Anna Bowler used her sister's identity to get out of several traffic tickets and a DUI.

"I want her to know that she can't keep doing this to me," Jane Bowler said.

Jane Bowler says her sister has a drinking problem and they've hardly spoken in years.

Between 2011 and 2014, police reports show Anna Bowler lied to police about who she was at least six times.  Anna Bowler, who looks nothing like her sister Jane eventually admitted that she lied because she didn't want to go to jail. The OWI last fall would have been her third.

Over and over again, Anna Bowler told police she was her sister Jane and police believed her.

Hall says Anna Bowler told police she didn't have her license on her when she would get pulled over. That's when Hall and other officers would ask her to write her information down on a piece of paper. 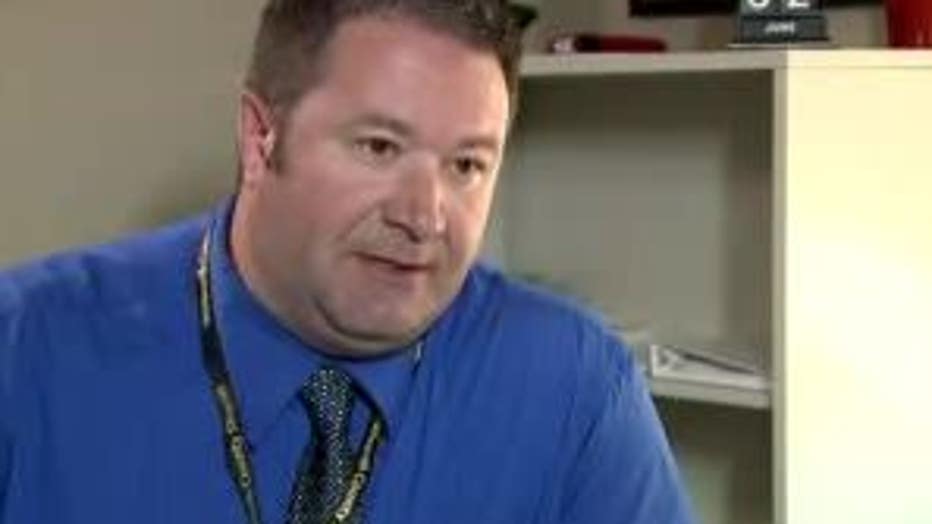 Captain Hall explains the circumstances when he pulled over Anna Bowler for a traffic violation.

Sure enough, when they ran her "name," and birth-date, they came back to a real person.

Hall figured she must be telling the truth.

"How many of us could go around and have our sister's address and know where our sister has lived?" Hall said.

He says people lie to police all the time. It's just that Anna Bowler was apparently a better liar than most.

"I truly believed through the information she was able to provide that she was who she said she was," Hall said.

And so, it seems, did most of the other officers who pulled over Jane Bowler's sister during the last four years. Jane and her husband say they can't believe police would be so naive.

"We tried to do the right thing," said Hall. "We look to serve people the best that we can and I know that this is the furthest thing that we wanted to happen to Jane."

Captain Hall speculates that one out of every four drivers don't have their license on them when they get pulled over.

And when that happens, he says, there's no policy that requires officers to independently verify drivers are who they say they are. Unlike officers with the Milwaukee Police Department, officers don't have mobile fingerprint units in their squad cars.

"She almost got away with it," Hall said. 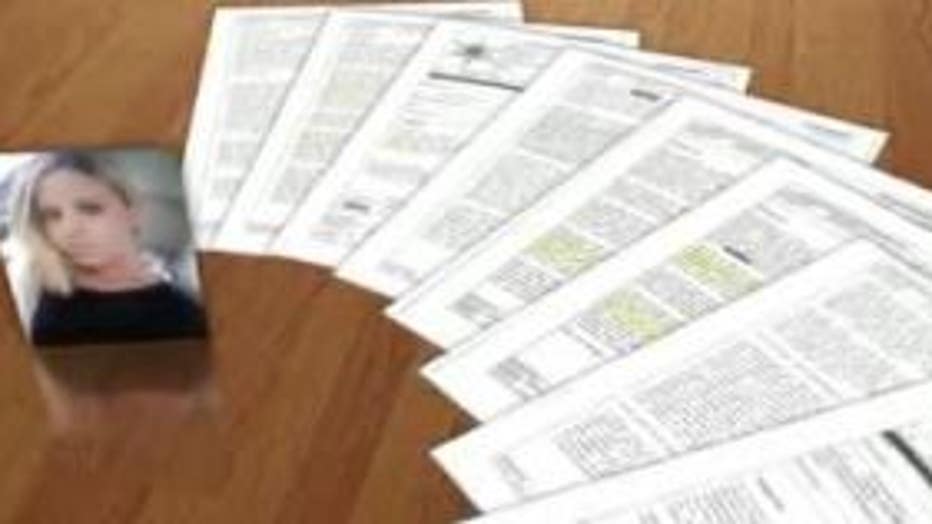 Anna Bowler has been charged with several felony counts of identity theft after using her sister's identity to get out of several traffic violations.

Anna Bowler is now facing felony charges of identity theft -- and the Walworth County Sheriff's Office has re-issued five traffic tickets that she initially got out of paying.

But her sister Jane is still fighting to clear her name.

Even though the Walworth County Sheriff's Office removed the drunk driving charge from Jane's record, all of the other traffic violations remained.

That is until FOX6's investigation prompted local officials to take action.

"We found out on the back end," said Daniel Necci, Walworth County District Attorney. "We've responded. I wish it hadn't taken so long, but hopefully we are able to rectify it now."

Late last month, all of the cases against Jane Bowler were re-opened and she finally got her chance to tell her story.

"I have suffered a lot from these," Bowler told Walworth County Circuit Court Judge Kristine Drettwan.

The judge agreed, and dismissed all of the cases.

For Jane Bowler, it's a relief. But she still feels like this could happen to anyone. And police should be more careful.

"Nobody should have to go through this," she said. "There should be stricter laws for issuing tickets."