Shots exchanged between 2 near Sherman and Hampton

It happened around 2:15 p.m. -- the gunfire erupting at one of the busiest intersections on Milwaukee's north side.

"I was just at home, I live down the street, and I just heard gunshots --  about eight," said Robert Curry, witness.

Police said one person fired several shots, and another returned fire. One bullet struck the driver's side of an SUV as it crossed the intersection. Thankfully, the driver wasn't injured. The bullet became lodged in the door.

As neighbors rushed outside to help, they said a boy around 5 or 6 years old was lying in the grass, visibly injured.

"For me to see that, it could be my child," said Williams.

Community activists on scene said they were hopeful their signs and message would help start a conversation aimed at a solution.

"It's spreading liking cancer in our community, and we're the only one who can stop that violence by coming together in unity," said Frank Lockett with Stop the Violence Ministry. 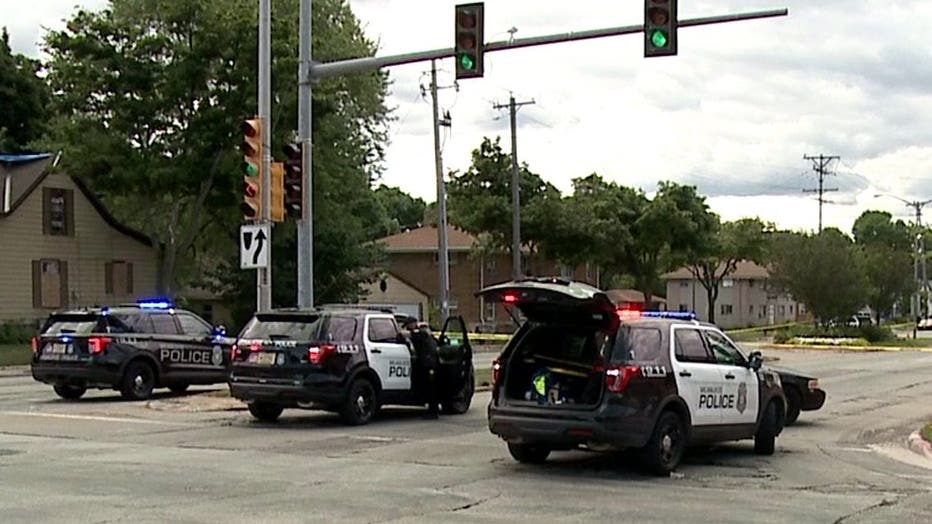 Shots fired near Sherman and Hampton