Wisconsin is in the process of trying to modernize its unemployment system and call center.

MILWAUKEE - It’s an image that conjures up memories from the 1970s: a black computer screen and blinking cursor.

Turn out, that’s what the program used by the Wisconsin Department of Workforce Development (DWD) to review and approve unemployment claims looks like. It is one of the issues that has come to light since DWD was hit by an avalanche of claims.

Now, its leader is in the process of overseeing what she calls a "comprehensive modernization of the UI system." 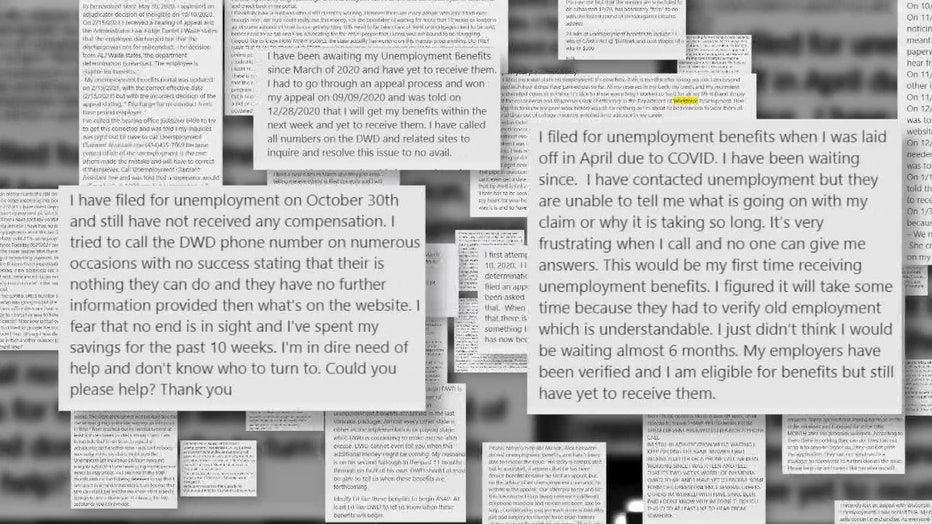 Since March 2020, Contact 6 has gotten 190 complaints about DWD regarding delayed unemployment benefits and communication issues. One of those complaints was submitted by Beth Tabat in February 2020. At the time, she’d been waiting nearly four months for approval of her UI benefits.

Tabat says calling DWD for updates became her new job. Tabat says what she got from the call center was conflicting information.

"You’re at their mercy," said Tabat. "Why aren't these individuals that  you're calling properly trained to give you the proper information?" 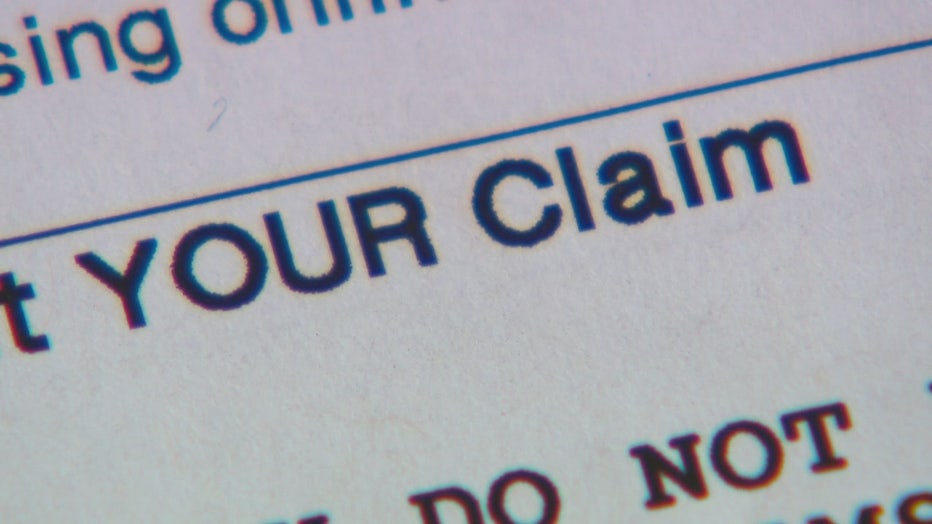 Mary Sharp shared that frustration when she lost her job early on in the pandemic.

"I'm getting a dozen new people calling me every week [about UI benefits]," said Forberger. "It's an incredibly confusing, complex process."

Secretary-designee Amy Pechacek inherited a backlog of 770,000 pending claims when she arrived at DWD in September. She says that backlog has been cleared. 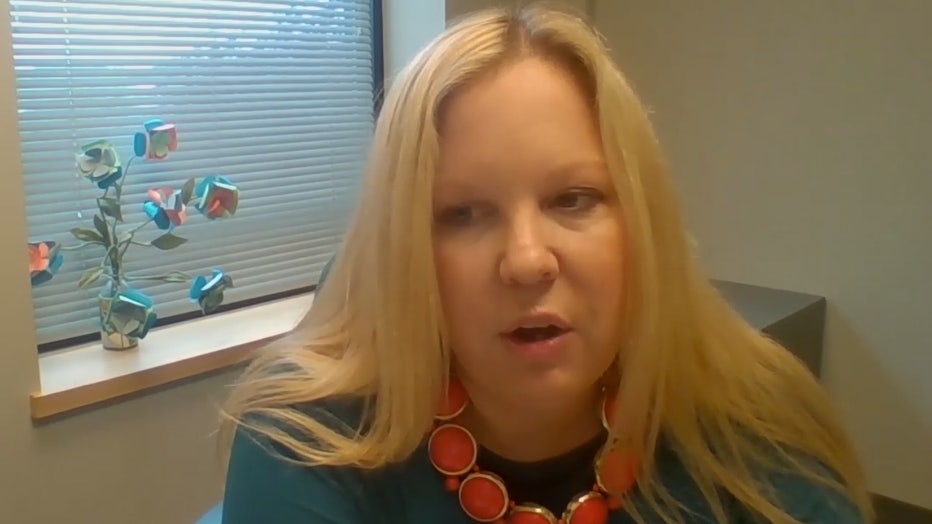 But, what does Pechacek say caused the breakdown at DWD? And, what’s being done to prevent another log jam in the future? Pechacek took questions from Contact 6.

"To say it was an avalanche doesn’t really even begin to scratch the surface," said Pechacek.

Between March 2020 and March 2021, DWD got more than 12 million total claims for unemployment benefits. Pechacek says that’s equivalent to four and a half years of work.

"There were certainly folks that got held up in adjudication for months," said Pechacek. "When folks were calling our call center, help desk, a lot of individuals had a hard time getting through."

The agency initially responded by hiring, going from 500 people to more than 1900. However, there were other problems, including a 50-year-old mainframe being used to process claims. 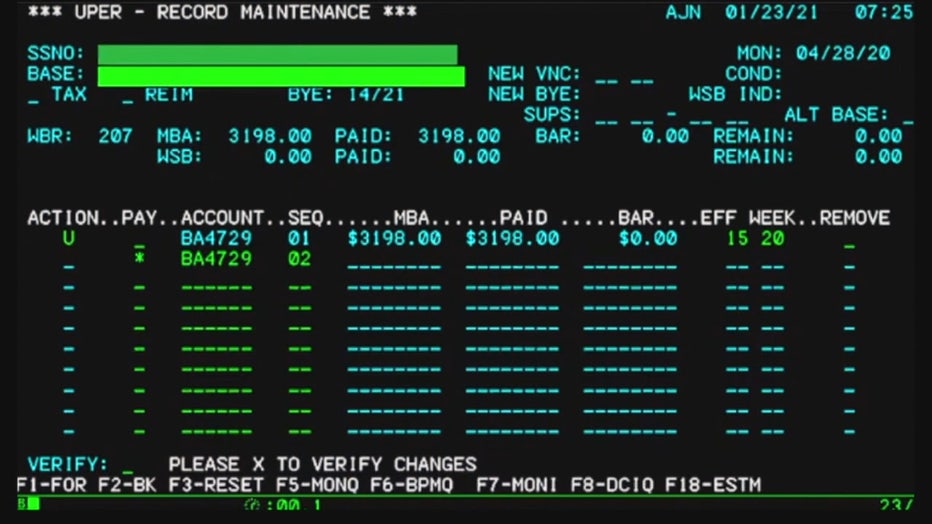 "It's got a black screen with blinky cursors and you have to press a ‘5’ to navigate the screens," Pechacek told Contact 6.

Claimants had no way to submit documents online and no way to email or text questions. Wisconsin’s claims system was not user-friends and its call center could only be open a few hours a day.

"It was obvious to me we needed to make some pretty quick short-term improvements," said Pechacek.

In the short term, DWD’s claims portal got a facelift. Users can now upload documents and speak with claims adjusters through a secure messaging portal. Its application was rewritten as part of DWD’s "plain language initiative."

"It is much easier to understand what we are asking and how an individual should answer," said Pechacek.

Then, DWD wants to modernize its mainframe. That could take years.

"[It’s about] really going through the entire system and finding the biggest pain points," said Pechacek.

Tabat finally got her UI benefits and back pay four days after Contact 6 reached out to DWD on her behalf.

"I reached out to you and within 2 days, I received a letter from unemployment," said Tabat.

Between March of 2020 and March 2021, Contact 6 forwarded 162 complaints to DWD asking for updates. In several cases, the department responded. On March 29, 2021, DWD asked that Contact 6 refer our viewers to its call center.

Sharp filed her complaint with Contact 6 in May 2021. Her benefits and three months of back pay arrived in late June.

"I need the help and I'm sure a lot of people out there do," said Sharp.

DWD and Governor Tony Evers requested $80 million from the state for comprehensive modernization of the UI system. The money was removed from the budget. DWD is now looking to secure federal funding and Pechacek says she’s confident they’ll find it.

In June, DWD announced it entered into a partnership to modernize its call center: https://dwd.wisconsin.gov/press/210623-call-center.htm

On July 1, DWD announced it was seeking bids for a "transformation full unemployment insurance (UI) system modernization project, to overhaul its 50-year-old system.

Five persons have been arrested in connection with an incident in which explosives were thrown at police officers, officials say.

The Waukesha County Park System announced the start of the second phase of the Discovery Trail Project and ways to help support future additions.