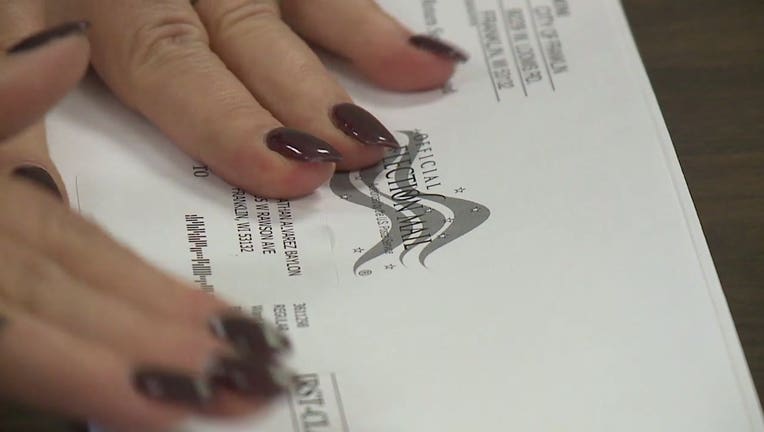 MADISON, Wis. (AP) - The Wisconsin Supreme Court late Friday agreed to weigh in on whether the Republican-controlled Legislature has standing to challenge a federal court ruling that extends the period that absentee ballots can be counted until Nov. 9, giving Republicans a slight win in the critical battleground state.

The high court's decision is in response to a request from the 7th U.S. Circuit Court of Appeals on Friday, just four weeks before the election. The state Supreme Court ordered legal responses to be submitted Monday. The appeals court said it wants to have a final decision by no later than next week.

The case is being closely watched in Wisconsin, which President Donald Trump won by fewer than 23,000 votes four years ago. More than 1.2 million absentee ballots have been requested and more than a third of them have already been returned.

The appeals court earlier this week ruled that the Legislature, along with the Republican National Committee and Wisconsin Republican Party, did not have the standing in the case. It also rejected a request from the Legislature to put its decision on hold while the legal fight continues.

A favorable ruling from the state Supreme Court would help Republicans in their appeal.

Republicans are asking for the full 11-member appeals court to rehear the case that was first ruled on by a three-judge panel. The appeals court did not make a decision Friday on whether to grant that rehearing but said it would decide that no later than Wednesday. Republicans said if the court didn't decide by Tuesday, they would appeal the case to the U.S. Supreme Court.

A federal judge last month sided with Democrats and their allies in extending until Nov. 9 the period that absentee ballots postmarked by Nov. 3 will be counted. Previous to the ruling, only ballots received by the close of polls on Nov. 3 would be counted.

The appeals court ruling against the Legislature pointed to a July ruling from the Wisconsin Supreme Court in explaining why it did not have standing to bring the case. The Legislature wants the state Supreme Court to say that its ruling in the earlier case does give it standing in this case.

“This Court can and should immediately avert that train wreck by simply saying what Wisconsin law plainly means: the Legislature has standing to speak on behalf of the State’s sovereign interest in the validity of state law and to litigate in defense of state law," the Legislature's attorney Misha Tseytlin wrote to the Supreme Court.

Republicans across the country have fought attempts to expand voting, particularly in battleground states such as Wisconsin. Democrats contend the move is meant to suppress the votes of people more likely to vote Democratic.

Republicans want the Wisconsin Supreme Court to undo a federal court ruling that extends the period absentee ballots can be counted in the battleground state.

Evers, other Democratic governors vow all votes will be counted

The governors said if President Trump loses, “he must leave office — period.”