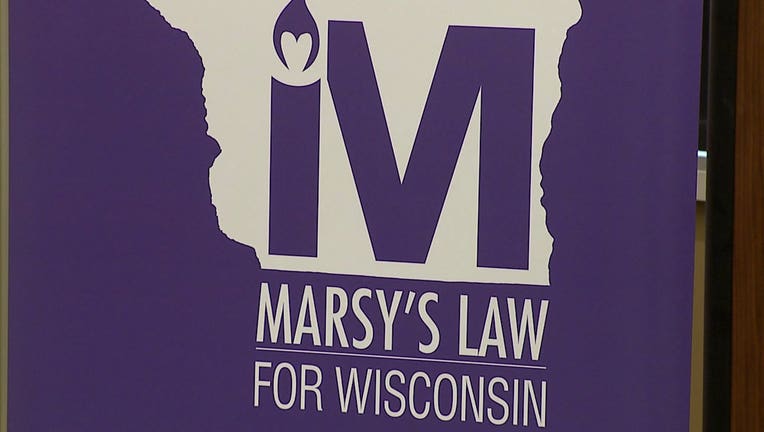 MADISON, Wis. - When overwhelmingly passed by Wisconsin voters in April, Marsy’s Law was billed as a major step forward for crime victims’ rights, but public records advocates are raising concerns that an over-interpretation of the constitutional amendment by some law enforcement agencies could curtail access to public information.

Recently the Dodge County Sheriff’s Office announced it would no longer include the names of victims, including businesses, in its daily list of incidents sent to news outlets. The sheriff cited Marsy’s Law as the reason for the change. Other law enforcement agencies say they are evaluating changes to their practices or seeking guidance from the state Department of Justice.

Tom Kamenick, president and founder of the Wisconsin Transparency Project, a law firm focused on enforcement of the state’s open records and open meetings laws, said the issue with Marsy’s Law comes down to the interpretation of privacy.

Under Marsy’s Law, victims of a crime are granted “privacy” and the protection of information or records that could “be used to locate or harass the victim or that could disclose confidential or privileged information of the victim.”

“But ‘privacy’ is not the same as ‘anonymity,’ and record custodians should recognize that the public often has a great interest in learning a victim’s identity, such as an elected official who was assaulted,” Kamenick said in an email. “Under the Open Records Law’s express command, public officials must err on the side of disclosure and release the ‘greatest possible’ amount of information.”

Assistant Attorney General Paul Ferguson, who oversees DOJ’s Office of Open Government, said Marsy’s Law shouldn’t drastically change a records custodian’s duty when it comes to what information should be released to the public.

“We don’t view Marsy’s Law as requiring sort of a blanket redaction of victim information in all cases and instances,” Ferguson said. “It still requires a balancing test, and that hasn’t really changed.”

Ferguson said the state Department of Justice plans to at some point provide law enforcement agencies with guidance on the public records aspects of Marsy’s Law.

In April, about 75% of Wisconsin voters approved the constitutional amendment known as Marsy’s Law after a more than $1 million lobbying effort. Voters in more than 10 states have passed the amendment.

The law was named after Marsalee (Marsy) Ann Nicholas, a University of California-Santa Barbara student who was stalked and killed by her ex-boyfriend in 1983. Just a week after the murder, Marsy’s mother, Marcella, was confronted by her daughter’s murderer at a local market. She hadn’t been told he had been released on bail just days after Marsy’s murder. Henry Nicholas III is Marsy’s brother, and the billionaire founder of the Marsy’s Law national campaign.

Supporters of Marsy’s Law say it simply makes the rights of alleged victims just as strong as those of the accused. Some rights for victims are already delineated in the Wisconsin Constitution, and others are outlined in statute, which carries less weight. Opponents say it could undermine the rights of defendants, who are presumed innocent until proven guilty.

Ultimately, Marsy’s Law added 16 new rights for victims while eliminating reference to a fair trial for the defendant.

Starting on Thursday, briefings from the Dodge County Sheriff’s Office were stripped of much of the victim information previously included in the daily reports.

The briefings, which Sheriff Dale Schmidt said used to commonly include a brief description of an incident, the location, individuals involved and any arrests, now are limited to a note that an incident occurred, in what city and the responding officers. A business where a crime occurred, such as a robbery, also would be considered a victim.

Schmidt said the more limited briefings, which have been provided voluntarily by the department for years, are an effort to comply with Marsy’s Law and ease time it takes staff to redact victim’s information once included in briefings.

“It becomes very burdensome for us to do that so really at the end of the day, the easiest way for me to put out information to the public so you know what’s going on, is to give you a very sanitized version of what we do everyday,” Schmidt said.

Bill Lueders, president of the Wisconsin Freedom of Information Council, said such public records shouldn’t be protected by the amendment.

“I have to believe that the sheriff is over-interpreting the constitutional change,” Lueders said. “It can’t possibly be that you can no longer identify a crime victim or even a business that has been victimized by crime. If someone shoots me, I want my name in the paper.”

But Schmidt said the department could face penalties or even litigation if it releases information protected by Marsy’s Law.

“I would agree it’s very much an over-interpretation, but we have no obligation to send out briefings everyday like we do,” Schmidt said. “We have the obligation to make sure that we keep any victim information out of anything that’s released. … We have to be really careful not to release any information that we shouldn’t be — that’s why it’s better to be safe than sorry.”

Schmidt said the department still will provide press releases for high-profile incidents, but with limited information. Formal records requests also will include any necessary redactions and the only major changes pertain to the daily briefings, he added.

Lt. Nicholas Ollinger, public information officer with the Waukesha County Sheriff’s Department, said Marsy’s Law has not forced any major changes in regard to public records requests, which are handled by the department’s records custodian.

But Ollinger said while previous press releases may have sometimes included victim information, such details will no longer be provided.

“We’re not going to violate the new law,” Ollinger said.

Julie Laundrie, Madison Police Department public records custodian, said the department is awaiting further guidance from DOJ on how to interpret Marsy’s Law as it pertains to public records.

In 2017, the Wisconsin Newspaper Association identified concerns with Marsy’s Law and negotiated with the Legislature an amendment to remove language that was believed to have a negative impact on access to information.

“The WNA amendment was adopted with the intention of avoiding the situation we are now discussing,” WNA executive director Beth Bennett said in an email to members regarding Dodge County. “The WNA position on this matter is that the current interpretation of information being withheld is an overreach.”

Bennett said the organization has requested a meeting with DOJ regarding the interpretation of Marsy’s Law.

“That’s a very strong indication that the Legislature did not intend for this to have an impact on the records law because they removed the only reference to records that was in earlier drafts,” Friedman said. “I think that would be a very compelling argument to a court.”

What’s more, access to the courts is protected by the First Amendment under the U.S. Constitution, Friedman said. He also said the law should not be interpreted to require law enforcement to grant privacy protections to businesses.

“Courts consistently have held that constitutional privacy rights do not apply to corporations,” he said. “It doesn’t make any sense for a corporation to have a right to privacy because invasion of privacy, by definition, is publicity concerning a person’s private life that others find offensive. Corporations don’t have private lives. They’re businesses, they’re not people.”