A Wisconsin judge has upheld Governor Tony Evers’ mask mandate in the face of a conservative challenge.

MADISON, Wis. - A Wisconsin judge on Monday allowed the state's mask mandate to stand, rejecting an attempt by the Republican-controlled Legislature and a conservative law firm to overturn it, even as cases are spiking. 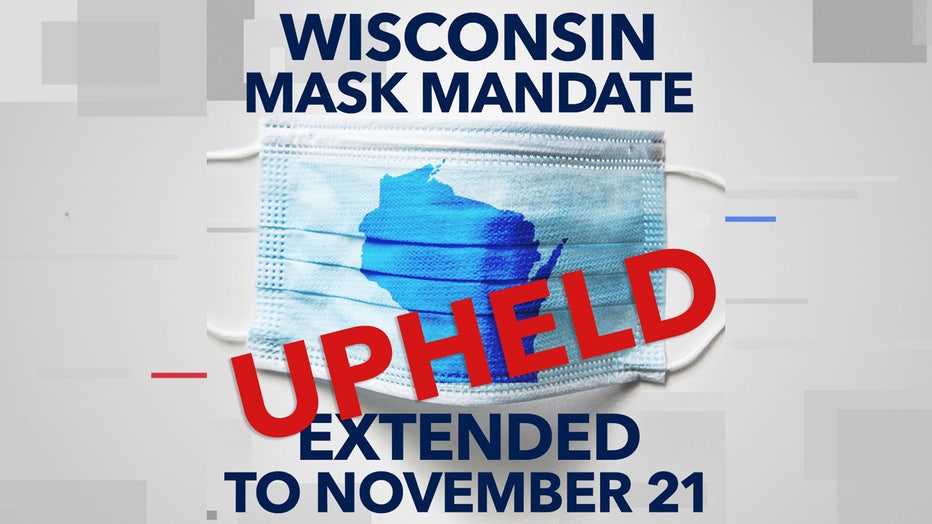 The judge noted in his ruling that the Legislature could vote to overturn the order from Democratic Gov. Tony Evers if they wanted to, but they haven’t so far.

Republican legislative leaders and a spokesman for the Wisconsin Institute for Law and Liberty, which brought the case, did not immediately return messages seeking comment. The Legislature filed a brief in support of the lawsuit. The ruling is expected to be appealed.

The lawsuit argued that Evers overstepped his authority by issuing multiple emergency orders to curb the coronavirus pandemic. Evers defended the mask order, saying it was within his power to impose the requirement and that he followed the recommendations of public health experts.

St. Croix County Circuit Judge R. Michael Waterman said in his ruling that nothing prevents a governor, as Evers did in this case, from issuing multiple emergency declarations “when the emergency conditions continue to exist.” 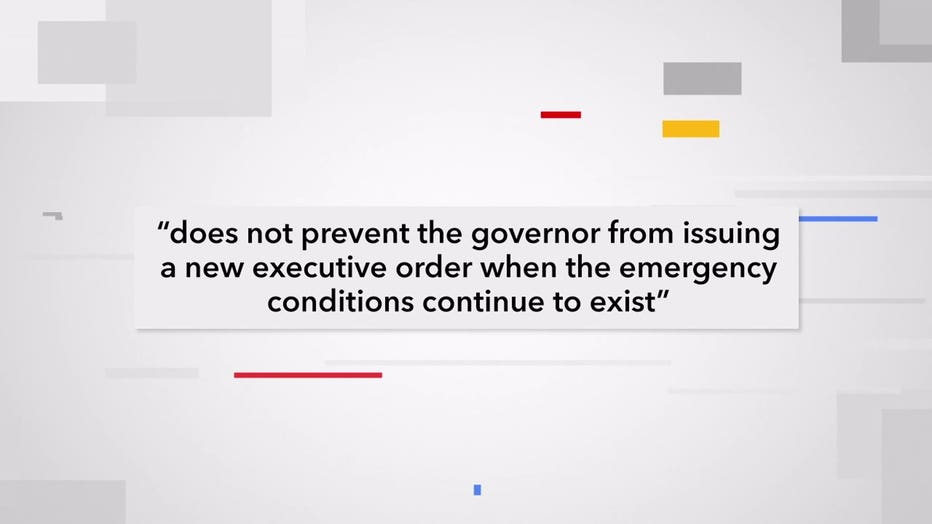 The judge also noted that overturning the mask mandate, in place since August, would “affect every person in Wisconsin by a judicial act that usurps the governor's power to declare a state of emergency and the Legislature's power to end one.” 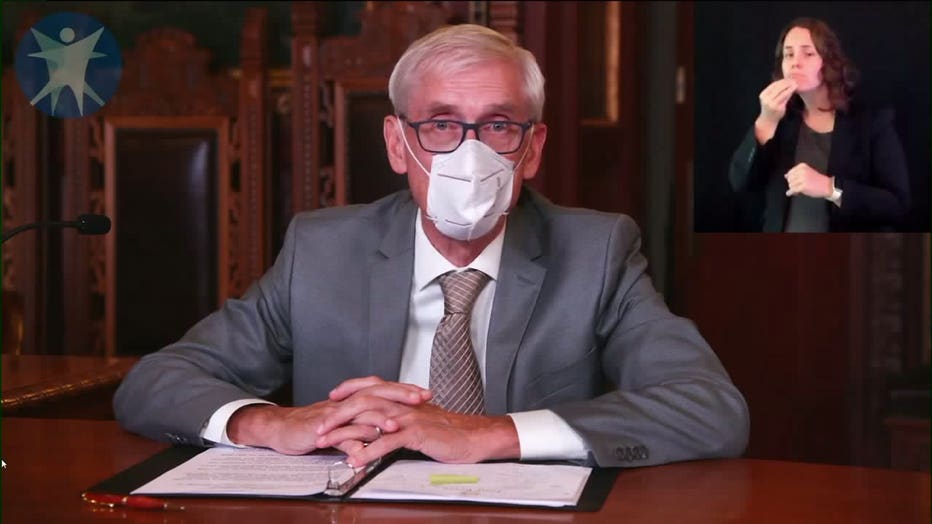 Evers first declared a public health emergency in March and renewed it in July after the Legislature declined to extend it. The July order mandated the wearing of masks starting in August for anyone aged 5 and up in all enclosed spaces except at home. He issued another order in September that extended the mask mandate until Nov. 21. Violators could be subject to a $200 fine.

The lawsuit argues that Evers can issue only one emergency declaration per crisis. Attorney Anthony LoCoco said during a hearing last week that the multiple declarations amount to a power grab and that the mask mandate is an “invasion” of personal liberty. 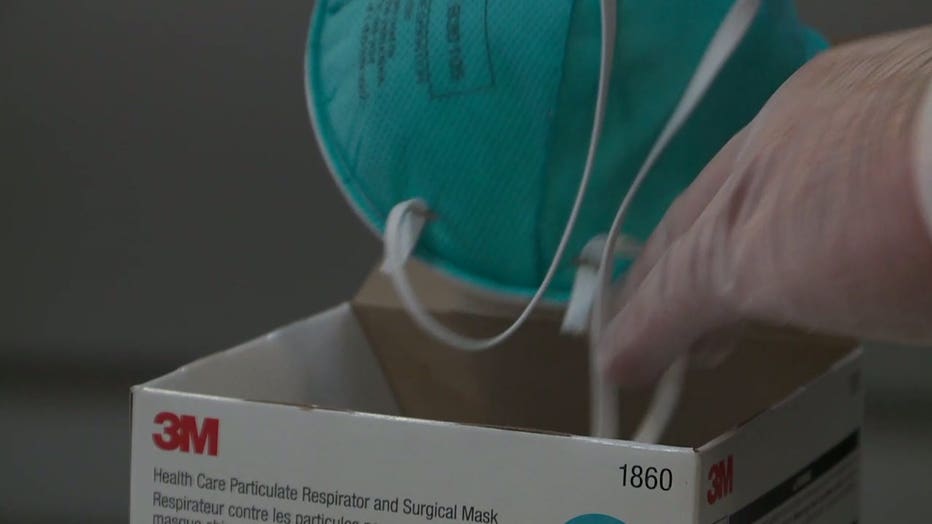 The lawsuit also argued that masks are ineffective since Wisconsin’s infection numbers have continued to rise since Evers’ mandate was imposed.

Wisconsin is among the worst COVID-19 hot spots in the country, topping more than 150,000 positive cases on Sunday. Medical experts have attributed Wisconsin’s spike to colleges and K-12 schools reopening and general fatigue with precautions such as wearing masks and socially distancing.

"I think early on, people embraced and practiced behaviors pretty faithfully that would reduce transmission," said Dr. Nasia Safdar, Medica Director for Infection Prevention at UW Health. "And now I think in part because of fatigue, because this has been going on for several months...We have now gone away from those behaviors." 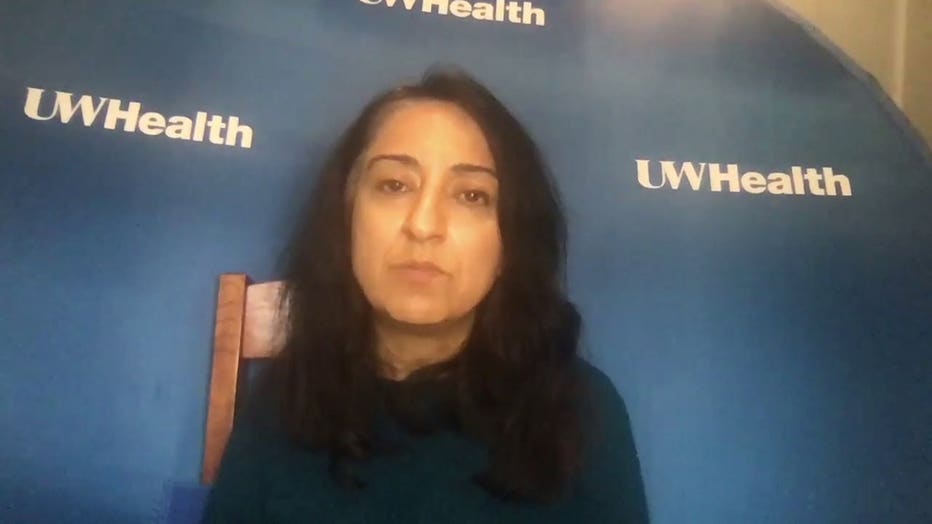 The rising tide has some hospitals nearing capacity, especially in northeast and central Wisconsin, and the governor’s office has announced the activation of a field hospital at the state fairgrounds to accommodate the increase in patients.

"We specifically are not taking any action at this point because the concern is, if we take legal action that follows a legal emergency order, we essentially are solidifying that the governor's order is legal," said State Sen. Chris Kapenga, (R-Delafield).

Republican legislators in May succeeded in getting the conservative-controlled Wisconsin Supreme Court to strike down Evers’ virus-related stay-at-home order. The high court ruled that the Evers administration had overstepped its authority when it extended the order without consulting lawmakers.

Republican legislators in other states have skirmished repeatedly with Democratic governors over their powers during the pandemic. In neighboring Michigan, the conservative-majority state Supreme Court ruled that the law underpinning Gov. Gretchen Whitmer’s response to the pandemic was unconstitutional.

"Today’s ruling is the right one. Wisconsin currently faces one of the worst COVID-19 outbreaks in the nation, and the mask requirement is a critical protection against the ongoing danger that the coronavirus poses to Wisconsinites’ health. I encourage legislative Republicans to stop supporting this attack on the mask requirement and instead to work with Governor Evers to adopt statewide policies that will allow us to more effectively to fight the virus and keep Wisconsinites safe."

“Today’s ruling reaffirms that the Executive Branch has the power to implement reasonable measures to protect the public in Wisconsin.  This is a victory for public health and for the safety of families across Wisconsin at a crucial time when we are dealing with a record number of people who have contracted the coronavirus. Hopefully Republicans will quit their obsession with undermining Governor Evers, and focus on what is best for our state.”

“While there remains so much we don’t know about the coronavirus, we do know that wearing masks can decrease the transmission of the coronavirus. In places that have been able to contain the virus, mask compliance has been a key to their success. With limited tools available to us, face masks are an absolutely essential component of our fight against the virus,” Rep. Hintz stated.  “Since a virus does not know county or municipal lines, it is important to have a statewide requirement and not a patchwork of local measures. While this issue has become politicized, it is a simple, common-sense action we can take. Just like local units of government, businesses have also asked for a statewide mask mandate because of the clarity it provides, especially for businesses who operate in multiple counties.”

“As we enter into the fall and winter, we know that flu season could put an extra strain on our health care systems. Continuing the mask mandate will help us get through the next two months. The bottom line is that we must get the virus under control if we want to return to a more normal way of life.”

“With no plan of their own to combat Wisconsin’s out-of-control COVID crisis, legislative Republicans once again took steps to undermine Governor Evers in today’s Joint Committee of Review of Administrative Rules (JCRAR) Executive Session. Unlike May’s court challenge, where handpicked conservative justices gave them their wish by overturning Safer at Home, today’s action was toothless and, quite frankly, pointless.

“It’s a pattern we’ve seen time and again from the least active full-time legislature in the nation during this pandemic. Do absolutely nothing, watch Governor Evers do something, complain about that something, and try to overrule it. Rinse and repeat.

“There are consequences to this do-nothing strategy. Wisconsin’s pandemic has spiraled out of control. As of Sunday, October 11th, we have experienced over 150,000 cases, 8,300 hospitalizations, and nearly 1,500 deaths. Since seizing control of the state’s pandemic response in court, Wisconsin Republicans have acted like the dog that caught the car. While they stand by and wonder what their claws and teeth are for, a semi-truck called COVID-19 is running roughshod over our state.

“We owe it to the 5.8 million surviving Wisconsinites to come to work now and hash out a robust, statewide, bipartisan response that puts science and safety over politics. Anything less and the majority party might as well just stay home and chase their own tails

Bill Gates is optimistic that antibody treatments could potentially earn an emergency use authorization within the next few months, but warned against the president's recent push for the regulators to accelerate the approval timeline.