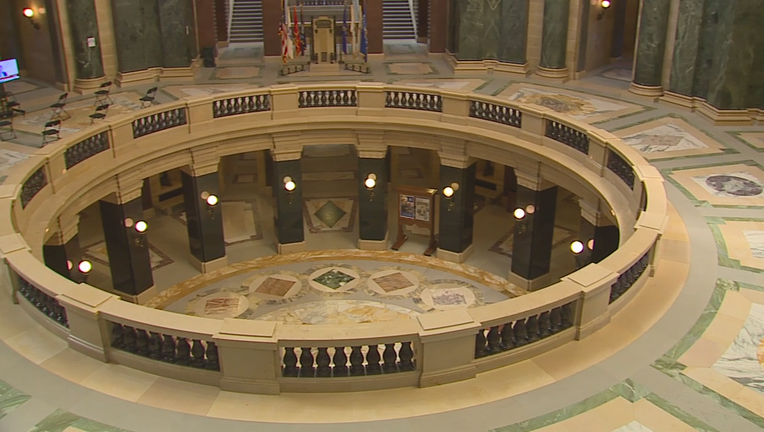 MADISON, Wis. (AP) - The Wisconsin state Capitol, closed to the public since late March 2020 due to the coronavirus pandemic, will reopen on Monday, May 3, Gov. Tony Evers' administration announced Friday.

It will be opened for limited hours, 8 a.m. to 4:30 p.m., and only on weekdays. Before the pandemic, the building stayed open until 6 p.m. during the week and was also open on weekends.

There will be no public tours of the Capitol, but the tour desk will be staffed for visitors to get information. Only one entrance to the building will be open to the public.

State Capitol staff, including those who work for Gov. Evers, state lawmakers and the Supreme Court, have been working out of the building for months. The Legislature has also been holding hearings and floor sessions, which are open to the public.

State office buildings that surround the Capitol remain closed, but Gov. Evers has said he's targeting a return to work for many this summer. Republicans have been pushing the governor to move faster to open the offices.

As of Friday, more than 43% of people in Wisconsin had received at least one shot of the COVID-19 vaccine, while nearly 34% were fully vaccinated, according to the state Department of Health Services.

The City of Milwaukee is facing some serious decisions as a fiscal cliff looms with its employee pension obligations.

We Energies and Wisconsin Public Service are proposing to purchase what would be the state's largest renewable energy project.