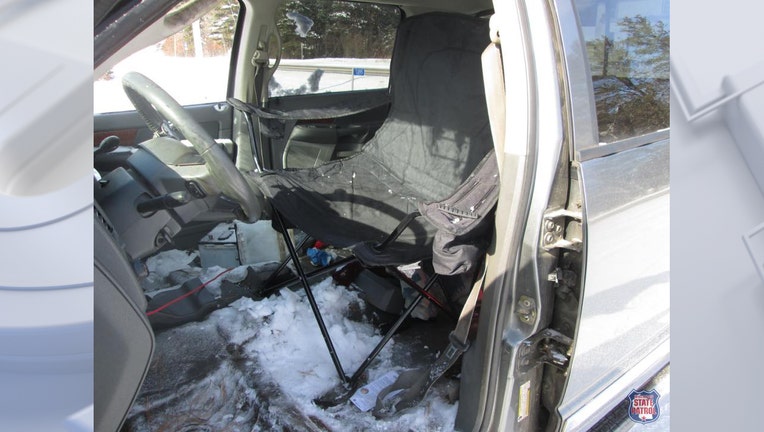 MADISON, Wis. - A Wisconsin state trooper in the North Central Region recently stopped a pickup truck for an equipment violation.

A Facebook post says when the trooper approached the truck, he "noticed the vehicle was not equipped with seats and the driver was seated in a camping chair."

You don't see that every day!

Melting snowbanks have revealed an underlying layer of debris across the city and a man who works in Milwaukee says this isn't just a seasonal issue, and it's time to take action.