MILWAUKEE -- Giving never goes out of style, but it gets amplified during the holiday season -- and one group has made the Thanksgiving holiday special for thousands. 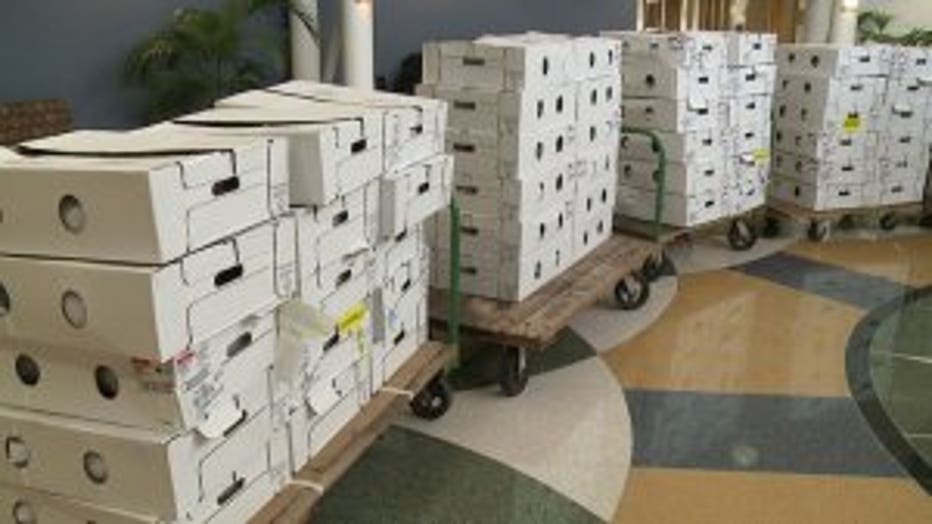 "Everyday we sat outside of the Commons and they can donate off of their meal plans any dollar amount that they'd like," Korn said.

And they gave a lot -- as did faculty and staff. The food services team matched that. In the end, the stack of boxes included 280 turkeys that have the potential to feed 2,000 people.

"It's really great that we can feed people in need," Korn said.

A little friendly competition doesn't hurt either. Called "Hands Across the Conference" -- athletes from the Northern Athletics Collegiate Conference tried to "out donate" each other. 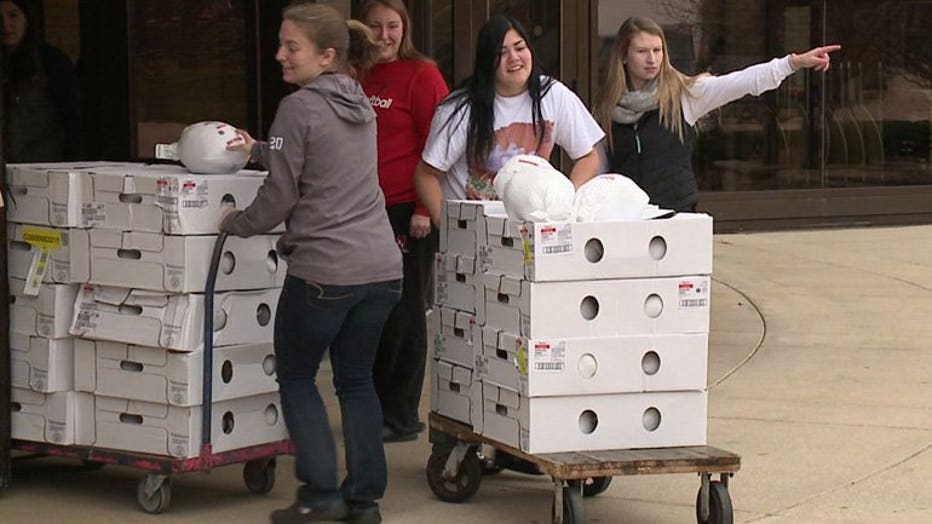 Alverno came out on top -- and kept the traveling trophy for six years running. 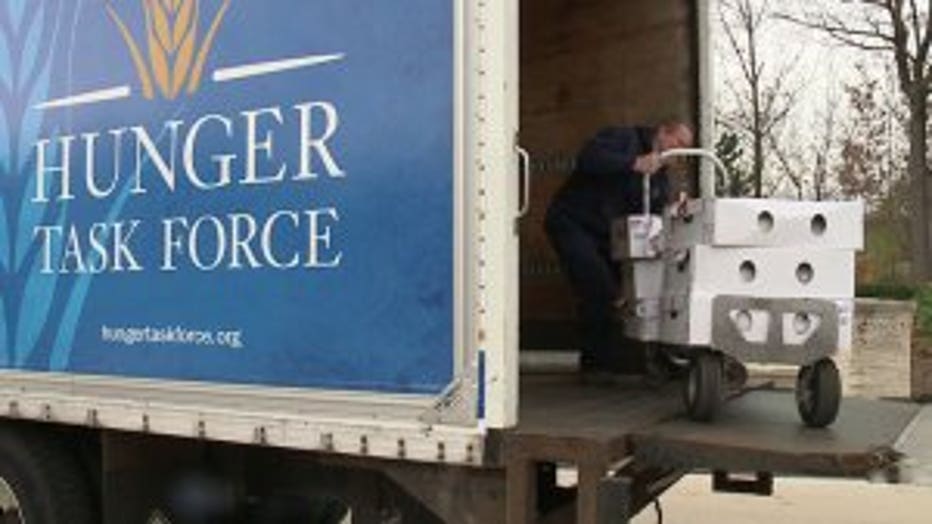 "Our goal is to win number seven because our student athletes take great pride in winning this trophy," said Jessica Ott, Alverno director of athletics. "But more importantly, helping families."

On Tuesday morning, it was all about getting the turkeys to the Hunger Task Force -- the designated charity. There was a lot of stacking them up, wrapping them up, rolling them up and loading them up.

"We have all what we need, so why not help more?" Korn said.

Besides the monetary donations used to purchase the turkeys, people on campus also donated non-perishable items and put them in bins all across the campus. That food was also donated to the Hunger Task Force. 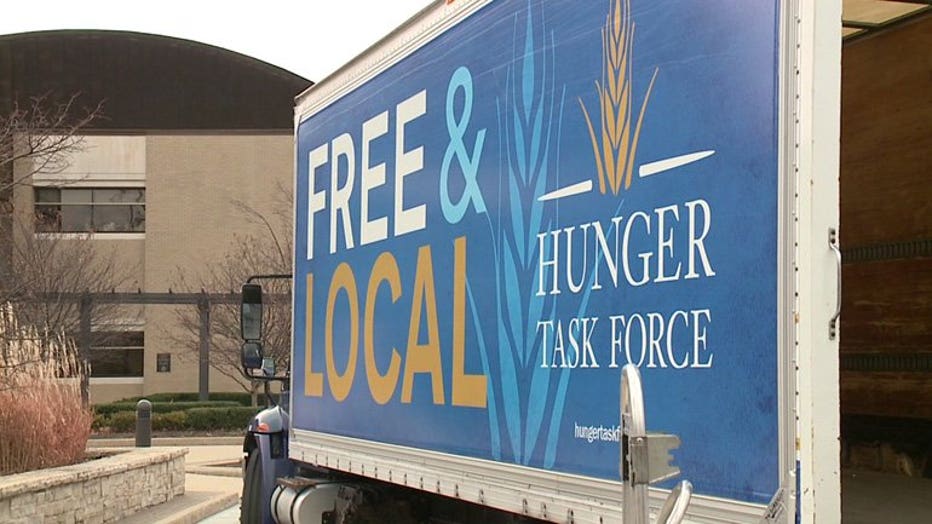