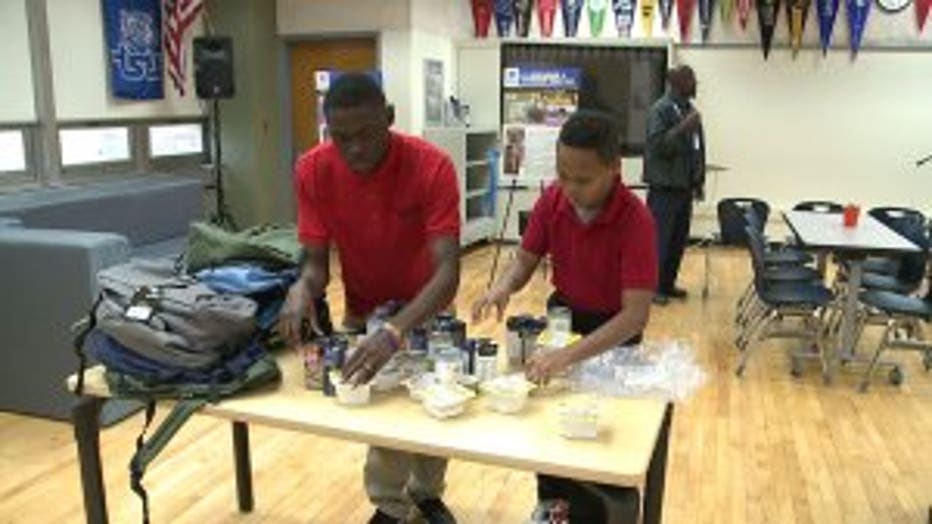 MILWAUKEE -- Milk, cereal, fruit and canned food make up a combination that adds up to far more than the sum of its parts.

Students at the school helped fill bags with food on Thursday, October 12th as part of the next phase of the Backpack Buddies program. 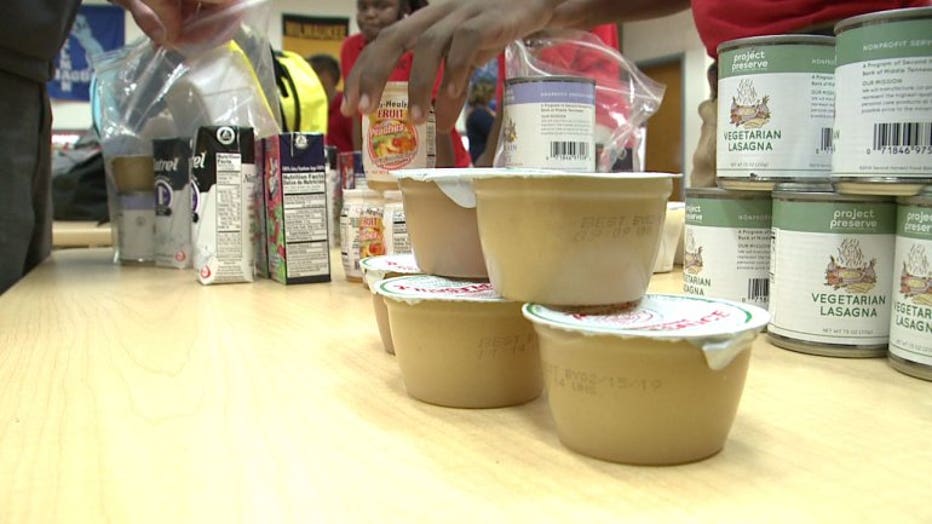 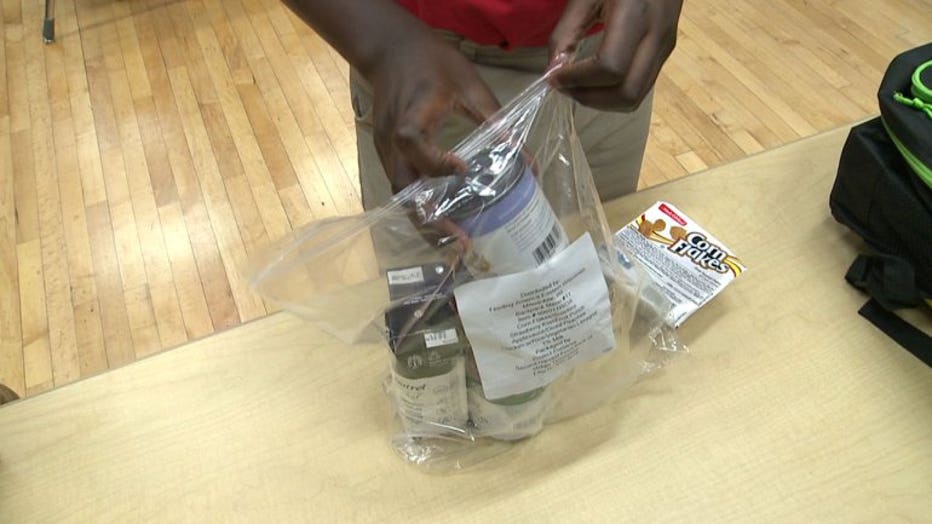 “You never know what people are going through. Maybe that one bag is going to just be for the weekend. But as long as they have something to eat or to live off of, then that’s better," said senior Romele Canady. 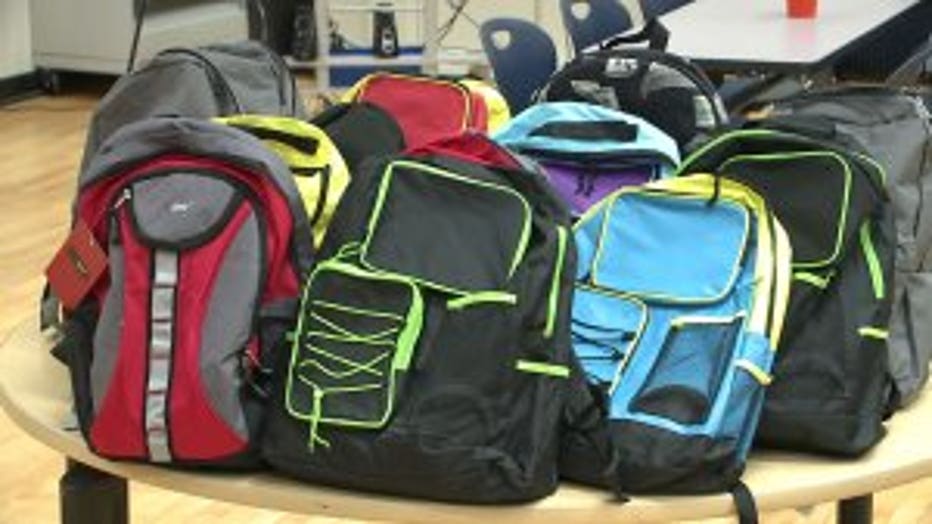 Backpack Buddies is a 10-year partnership between Feeding America Eastern Wisconsin, Sendik’s and Milwaukee Public Schools. For the second year in a row, money raised from the program will provide food for children in need at one particularly critical school.

“We understand that there’s a great need, with one-in-four children in Milwaukee County that go to bed without having enough food to eat," said Rayna Andrews, senior director of community engagement and partnerships with Feeding America. 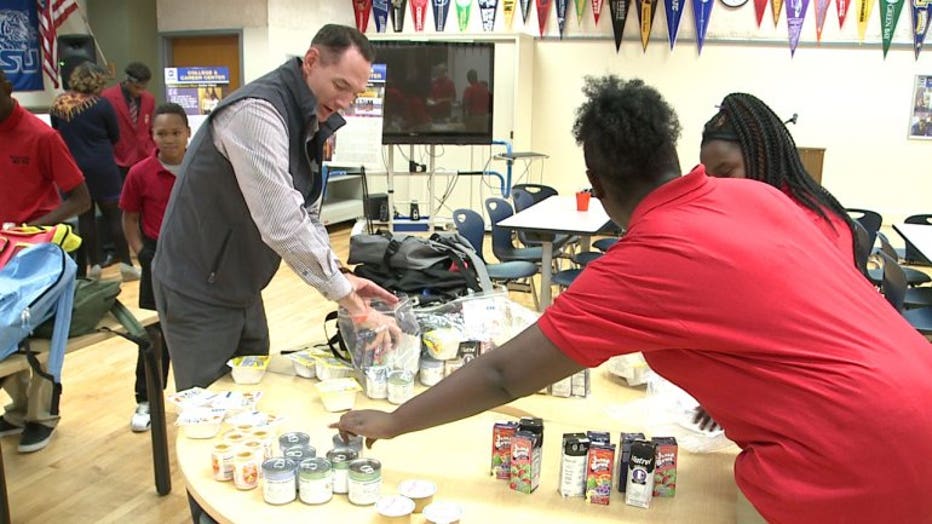 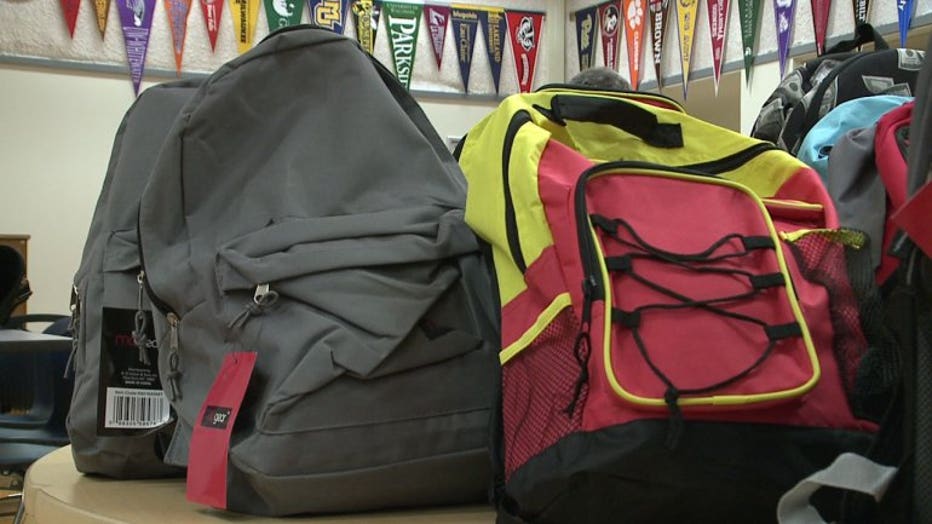 Barack Obama School is a K-12 school on Milwaukee’s northwest side. About 100 students will get a backpack of food to take home every Friday for the entire school year.

“They don’t have to worry about being hungry over the weekend when school lunch isn’t available. They can eat, be nourished and have that energy they need to play and to do their studies," said Nick Bandoch, communications director at Sendik's. 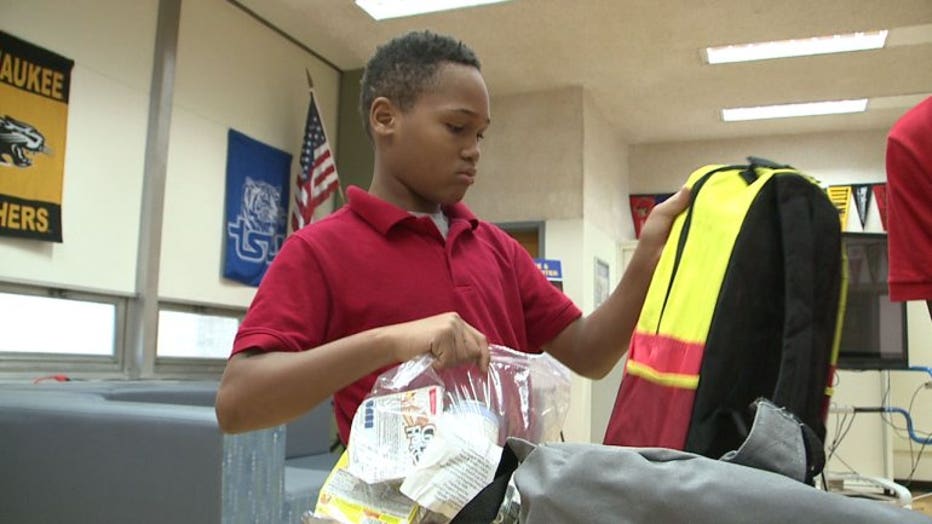 “Many of our kids are coming from trauma situations, and this is a safe haven for them, so they know we’re committed to them," said Mosley-Magee.