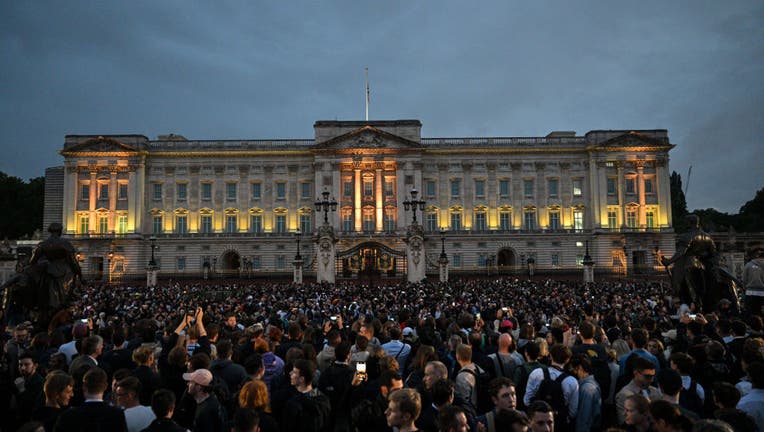 Speaker Nancy Pelosi (D-Calif.) also ordered flags at the U.S. Capitol to be flown at half-staff to honor the monarch.

"Speaker Pelosi has ordered the flags at the U.S. Capitol to be flown at half-staff due to the passing of Her Majesty Queen Elizabeth II," Pelosi spokesperson Drew Hammill wrote on Twitter.

Meanwhile, Paris Mayor Anne Hidalgo directed the lighting on the Eiffel Tower to be turned off on Thursday night in honor of the queen.

"Tonight, the Eiffel Tower lights will be switched off in homage to Her Majesty Queen Elizabeth II," Hidalgo said.

In the U.K., all official flags were ordered to be at half-mast until after the queen's funeral.

"Following the death of Her Majesty The Queen, all official flags, including the Union Flag, should be half-masted from as soon as possible today until 08.00 the day following The Queen’s State Funeral. Flags may be flown overnight during this period but should remain at half-mast," according to a press release posted by the U.K. government.

Her Majesty Queen Elizabeth II was more than a monarch.  She defined an era.    In a world of constant change, she was a steadying presence and a source of comfort and pride for generations of Britons, including many who have never known their country without her.  Queen Elizabeth II led always with grace, an unwavering commitment to duty, and the incomparable power of her example.  She was a stateswoman of unmatched dignity and constancy who deepened the bedrock Alliance between the United Kingdom and the United States.  She helped make our relationship special.  The seven decades of her history-making reign bore witness to an age of unprecedented human advancement and the forward march of human dignity.  Her legacy will loom large in the pages of British history, and in the story of our world.   As a mark of respect for the memory of Queen Elizabeth II, by the authority vested in me as President of the United States by the Constitution and the laws of the United States of America, I hereby order that the flag of the United States shall be flown at half-staff at the White House and upon all public buildings and grounds, at all military posts and naval stations, and on all naval vessels of the Federal Government in the District of Columbia and throughout the United States and its Territories and possessions until sunset, on the day of interment.  I also direct that the flag shall be flown at half-staff for the same length of time at all United States embassies, legations, consular offices, and other facilities abroad, including all military facilities and naval vessels and stations.     IN WITNESS WHEREOF, I have hereunto set my hand this eighth day of September, in the year of our Lord two thousand twenty-two, and of the Independence of the United States of America the two hundred and forty-seventh.

Editor's note: Pool video has since been removed from this story due to usage restrictions from the royal family.