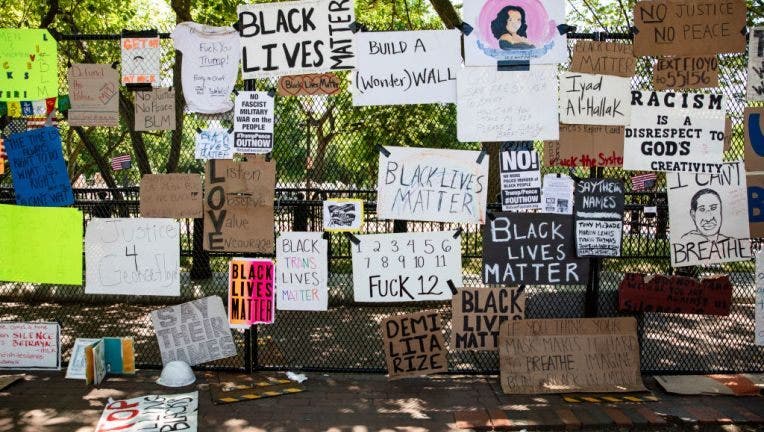 WASHINGTON, DC - JUNE 07: Signs left by protesters on the fence that is preventing them from getting into Lafayette Park across the street from the White House during protests over the death of George Floyd on June 7, 2020 in Washington, D.C.

WASHINGTON -- The anti-riot fencing surrounding the White House has been covered with signs left by protesters as crowds come together in solidarity against police brutality following the death of George Floyd.

Demonstrators in the nation’s capital joined forces to support the Black Lives Matter movement demanding social change, equality and justice for Floyd and the many other black men and women who died in the hands of police.

Their signs were an extension of their pleas to end racism. 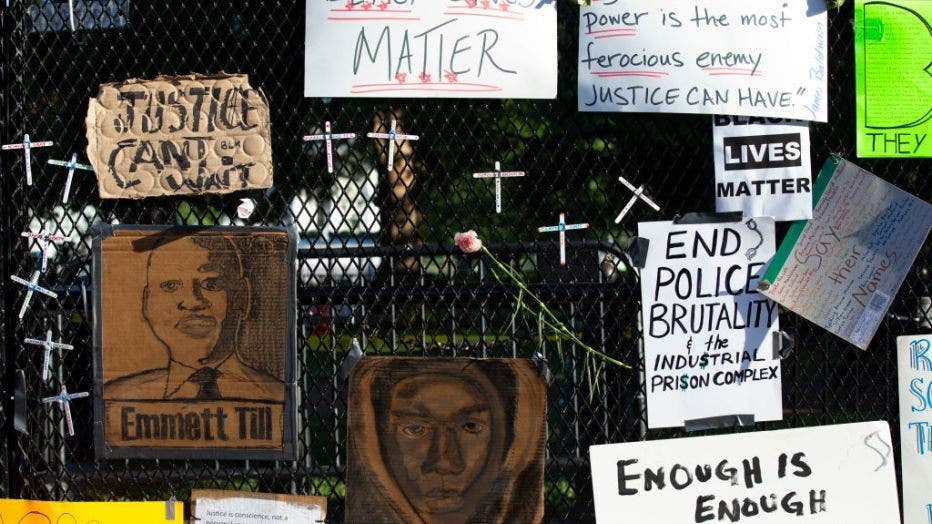 Crosses and drawings of victims of police violence and racism are hung on a fence at Lafayette Square near the White House, during ongoing protests against police brutality and racism, on June 7, 2020 in Washington, DC.

On Thursday morning, higher fencing was installed around the White House. A Secret Service source told Fox News the fencing is standard anti-riot fencing and ranges from seven feet to more than nine feet high. 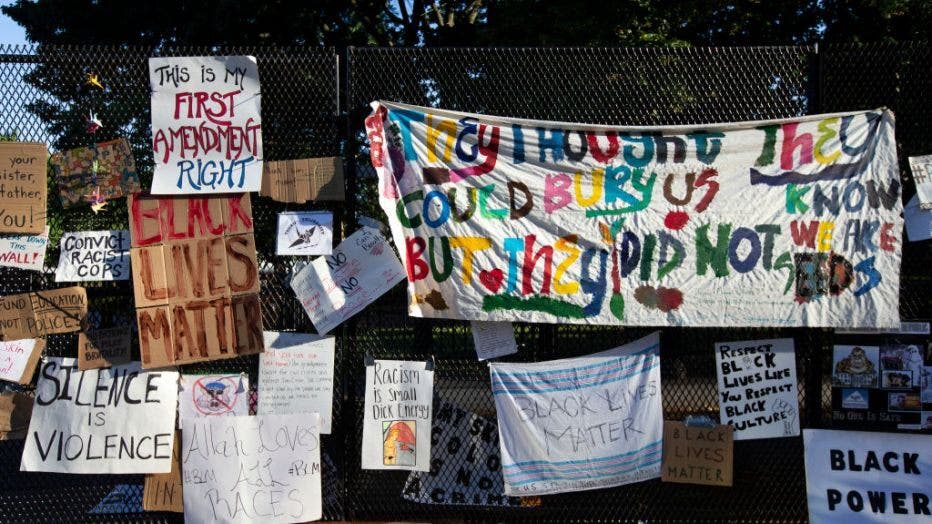 Banners and signs are hung on a fence at Lafayette Square near the White House, during ongoing protests against police brutality and racism, on June 7, 2020 in Washington, DC.

The source told Fox News that there are several agencies securing the White House area, including the Secret Service, D.C. Metropolitan Police and Park Police, and the new fencing is part of a “joint effort.”

Earlier this week, the Secret Service installed some anti-rioting fences around the White House and implemented road closures. The new fencing Thursday comes after protesters were shaking the fence late Wednesday and hurling bottles and other objects over it.

On Tuesday, a nearly eight-foot-high chain-link fence was installed along the perimeter of Lafayette Square, preventing people from being able to even come close to Lafayette Park itself. The installment there came after waist-high barricades that were in place Monday proved to be ineffective.

U.S. Marshals and Drug Enforcement Administration (DEA) agents were deployed into the streets of D.C. to help beef up security alongside local police, Secret Service and Homeland Security agents at the direction of the Justice Department.

Additionally, the entire Washington, D.C. National Guard was being called in to help with the response to protests outside the White House and elsewhere in the nation’s capital, according to two Defense Department officials.