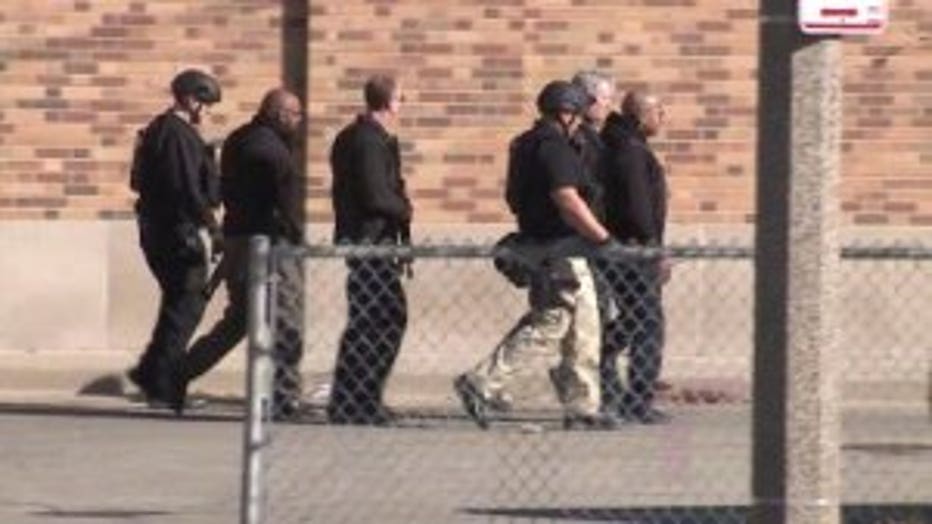 MILWAUKEE -- Pulaski High School was placed under a "Code Red," and was locked down on Wednesday, March 14 following a report of an individual with a weapon. Police, some with rifles, flooded the school.

"They ran in there with their assault rifles and the SWAT team ran and the whole building is surrounded and we're just waiting," said Chrystal Howard, parent.

Howard raced to the school near 25th and Oklahoma after police responded around 8:20 a.m. This, after she received a text message from her daughter, who said the school was under the "Code Red," the highest level of security at the school. Students said they have to turn in their phones when they arrive at school, so Howard's daughter was one of the few who held onto hers. 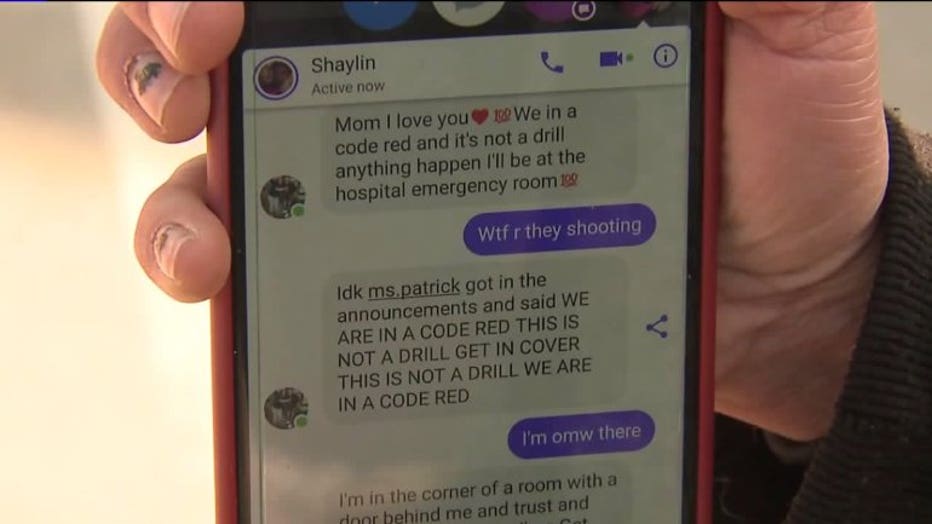 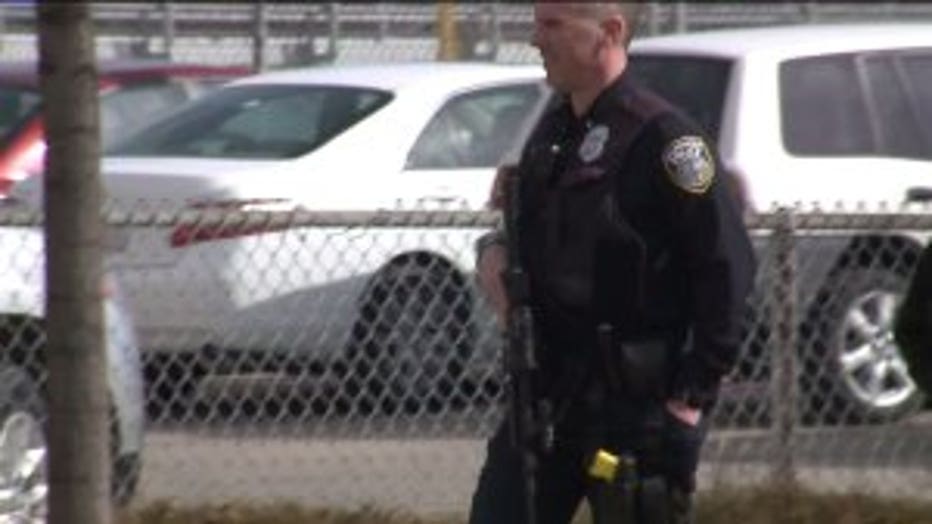 "My daughter is in there letting children use her phone," said Howard.

While Howard waited anxiously outside, students hunkered down inside classrooms, wondering what was going on.

"We tried to contact our parents by using the class phone that was turned off," said Abraham Ghani.

"In our head we're thinking, like, 'what if today is like, our last day?'" a student said. 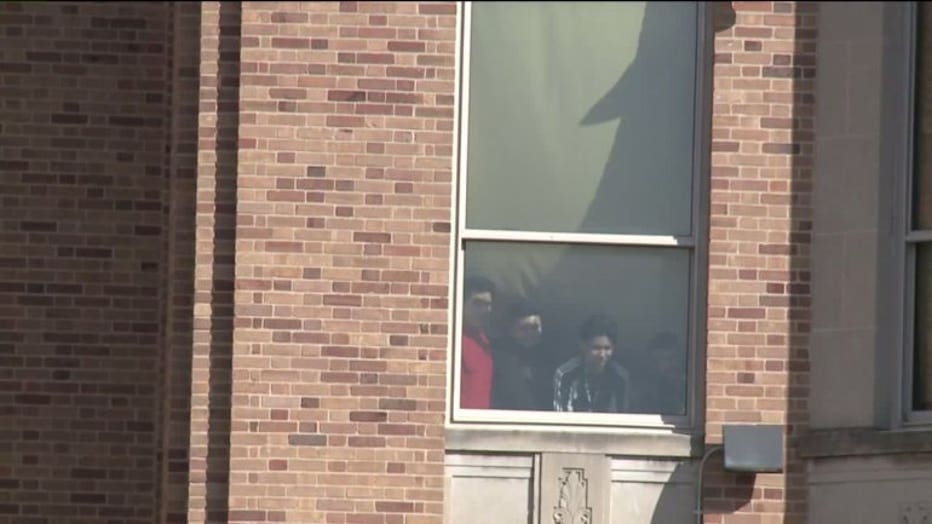 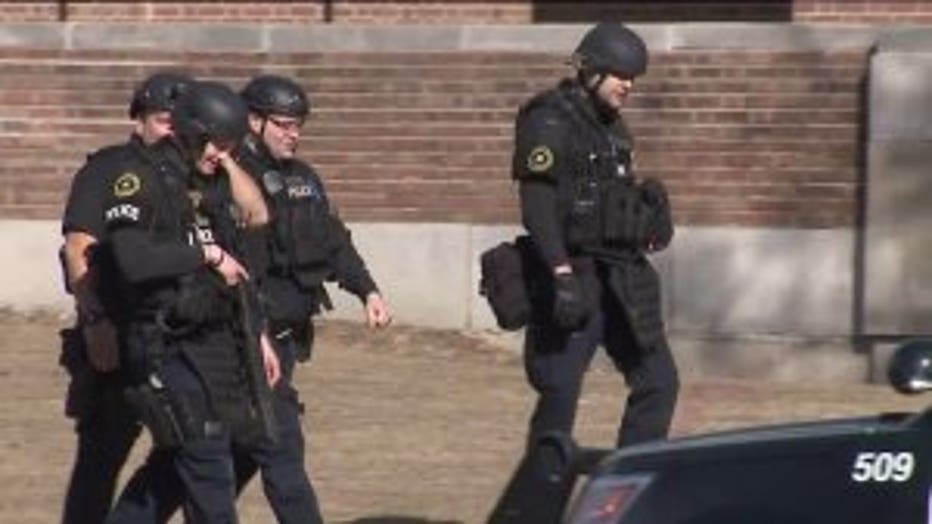 Officers searched the school and took one person into custody for questioning. That person was later released.

No weapons were found.

This happened exactly one month after the shooting at Stoneman Douglas High School in Parkland, Fla., and on a day when students in Milwaukee, SE Wisconsin and across the nation walked out of class in protest.

"The whole point of this day was to pay the victims of the Florida shootings respect, and look at this ignorance," a student said. 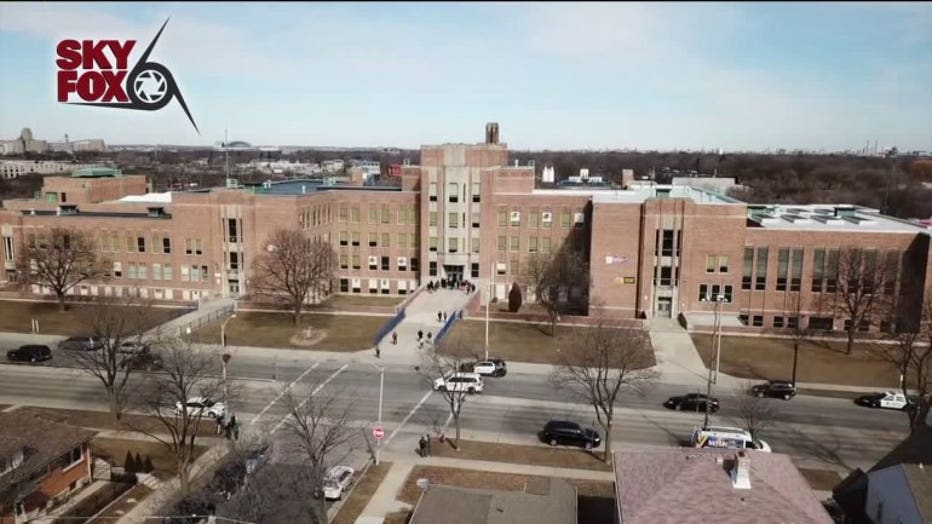 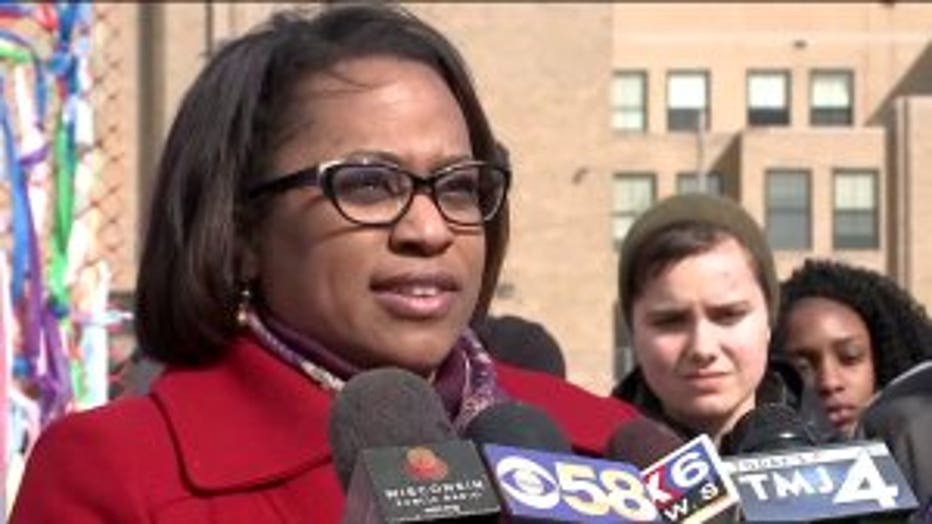 "I think it's that painful reminder that gun safety is not something that just happens once a week or on special occasions. This is a day-to-day issue for us in our community," said Driver.

School officials allowed parents to come get their children once the all-clear was given. 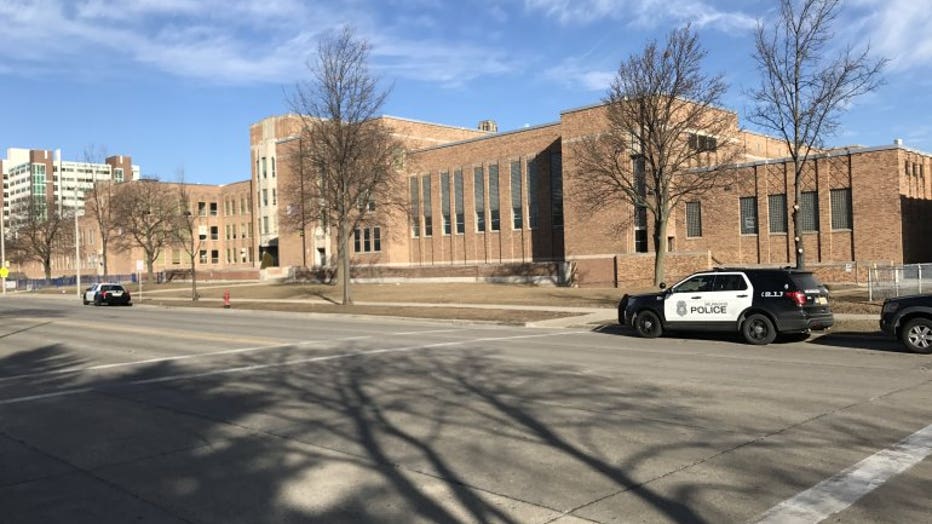 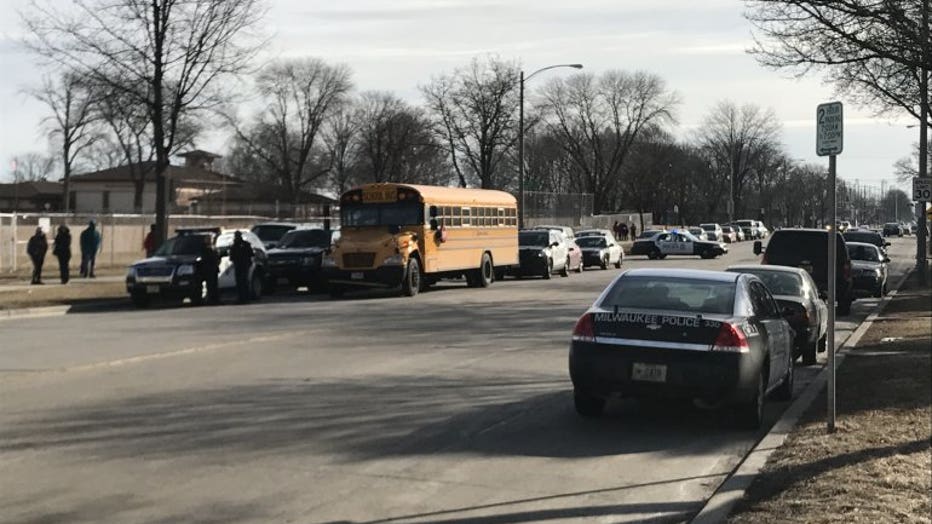 A Milwaukee Public Schools' spokesman said "precautionary action" was taken at the school "due to a report of a person with a weapon that was later found to be untrue." The spokesman said "police were contacted and assisted school staff in a thorough search of the building but nothing was found.  We took these precautionary measures because we take our students' safety very seriously. Pulaski looks forward to seeing all students in school Thursday!"