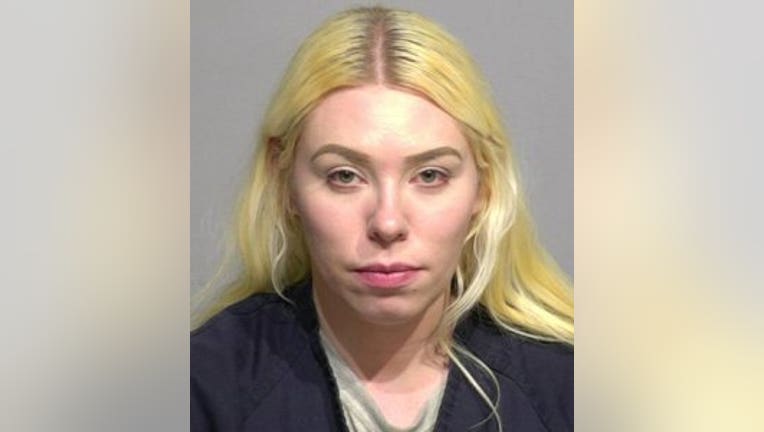 According to the criminal complaint, a Milwaukee County Sheriff's Deputy was on patrol on I-43 near E. Rosedale Ave. around 3 a.m. on Monday, April 22 when he noticed a car "driving on the interstate, weaving back and forth in its lane and eventually drive into an adjacent lane." The deputy pulled next to the vehicle and signaled the defendant to pull over which she did near 6th and Holt -- off the freeway.

The criminal complaint indicates the deputy "noticed (Stephens) smelled strongly like alcohol, and...could smell the alcohol over the gum the defendant was chewing. The defendant also had red and glassy eyes." The deputy also noted Stephens "made confusing statements" and "could not tell him what time it was."

When the deputy went back to his squad, he learned Stephens had a revoked driver's license due to a previous OWI conviction. The deputy returned to the vehicle -- and noticed Stephens was on a video chat with her mother. The mom asked the deputy "why he believed the defendant was drinking." However, the deputy had not yet mentioned to Stephens that he suspected her of drinking. The deputy asked that the video chat be ended -- and ordered Stephens to step out of the car. At that point, Stephens "accelerated away from the traffic stop in an attempt to flee," the complaint says.

The deputy began to purse Stephens southbound on S. 6th Street. He noted she "increased her speed to approximately 100 mph" and later ran a red light at 6th and Layton Ave. The deputy terminated the pursuit at that point.

A short time later,  the deputy found Stephens' vehicle crashed into a cable support at 6th and Edgerton. Stephens was no longer in the vehicle. But the deputy could hear "loud crying coming from the woods nearby the crash site." The deputy located Stephens and took her into custody.

The complaint says Stephens agreed to make a statement -- and she "indicated she was drinking 'a little bit' and had 'a couple drinks.'"

Stephens had previously been convicted of OWI in March 2017. She made her initial appearance in Milwaukee County court on Thursday, April 25. Her preliminary hearing is set for Friday, May 3.