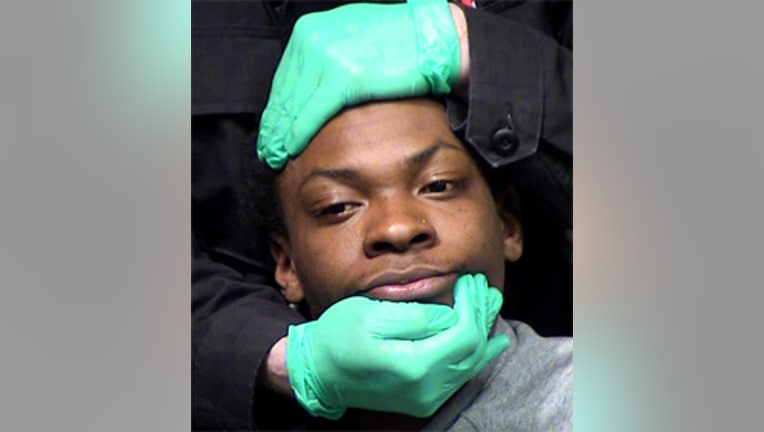 According to the criminal complaint against Jones, Officer Greg Friberg was called to the fourth floor of the Department of Revenue Office at 6th and Wells on Wednesday, April 10th. Friberg was told the call was regarding "trouble with a subject."

When Friberg approached Jones, the criminal complaint indicates "Friberg told the defendant that he would like to talk to him over by the windows... Friberg touched the defendant's arm, at which time the defendant began to yell words to the effect that he didn't want to be touched and that no one touched him." Moments later, the complaint indicates Jones "lunged at Friberg and raised his hand up toward Friberg's face." Jones allegedly had "something shiny in his hand and made two motions toward the right side of Friberg's face with the object that he was holding."

Friberg had been stabbed twice in the neck. The complaint indicates the first wound "first penetrated about 10 centimeters on the right side of his neck and stopped when the knife hit his spine, and the second penetrated down about 7 centimeters at the back of his neck also hitting his spine."

If convicted of the most serious charge, Jones faces up to 60 years in prison.