Couples from the West Allis and Brown Deer communities on Saturday, June 12 celebrated their 70th and 75th wedding anniversaries with parties in New Berlin and Mequon.

MILWAUKEE - Couples from the West Allis and Brown Deer communities on Saturday, June 12 celebrated their 70th and 75th wedding anniversaries with parties in New Berlin and Mequon.

FOX6 News caught up with both couples on what they say the secret sauce is to make a marriage last.

For Norma and Vern Strand of West Allis, it was love at first sight – celebrating at a surprise party with loved ones.

"I thought, she’s kind of cute," Vern said. "She asked her cousin to come down and bring me along. So we went to a dance and all that."

They had six children and raised them in the West Allis home where they still live, a home they built with their hands through the early 1950s. 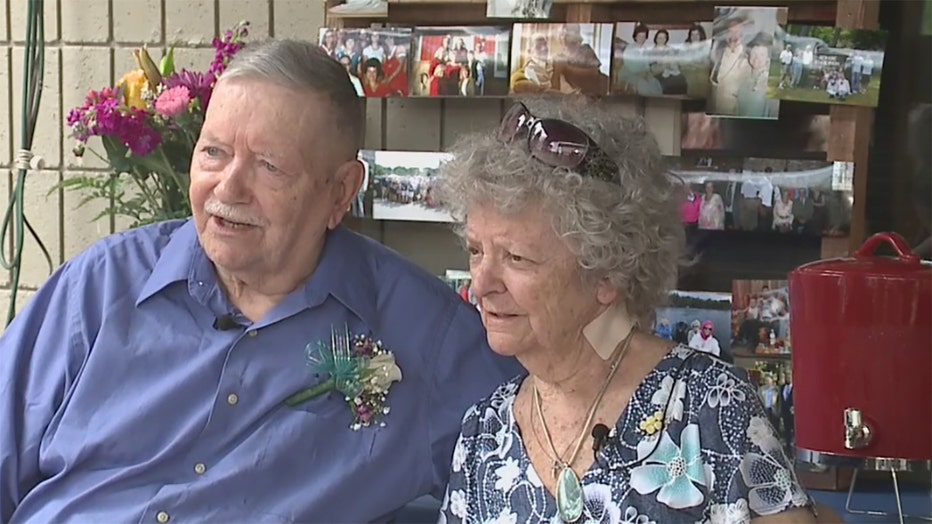 Joe and Rosie Klucarich of Brown Deer are celebrating 75 years of marriage this weekend.

"She treated me very well over the 75 years. Very good. So sweet," said Joe. "I had a good tour of duty with the Marines, and from there I came home, I met Rose."

"He stopped at a jewelry store and bought a set of rings, wedding and engagement. And we only dated from New Year’s Eve until February. And we were married in June," Rosie said. 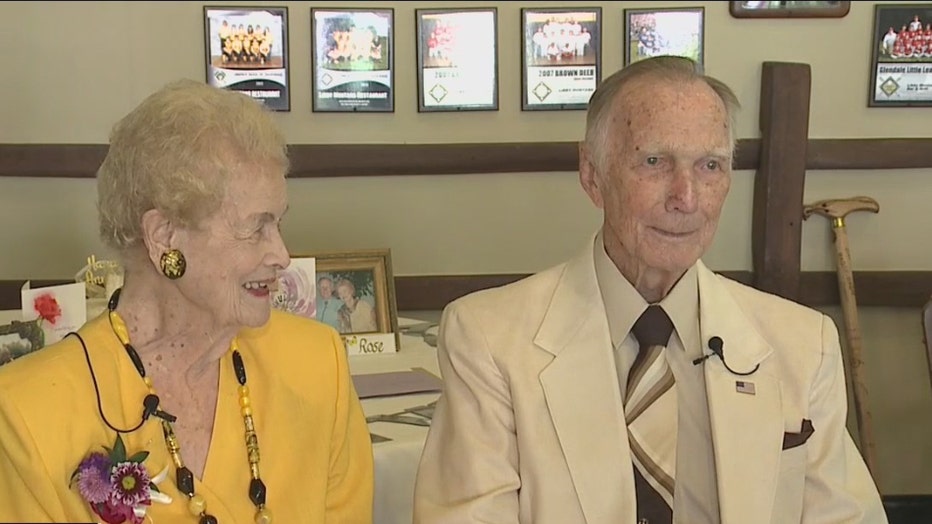 Joe and Rosie were married June 10, 1946. Saturday, they celebrated with family in Mequon.

What is the secret to making their marriage last?

"When I would get annoyed about something, with him, I just got quiet. And he’d say, what did I do now, and I’d say, well I’ll be fine in the morning," Rosie said. "I was back to my old self in the morning and slept it off, it was easy."

Both couples said they are just as happy as they were on the days they wed.

"We always kiss and say I love you. No matter what. We don’t fight," said Rose.

"We just don’t stay angry at each other for very long," Vern said, to which Norma replied: "I’ve never been mad at you, honey."

Love is in the air. And these couples will be celebrating it all weekend.

Oconomowoc dogs make it to the Westminster Dog Show

The Westminster Dog Show is this weekend in New York. The event is known to many as the "Super Bowl" of dog shows – and two lucky dogs from Wisconsin will be in this year's competition.