Homicides, non-fatal shootings down in 2018

Homicides, non-fatal shootings down in 2018 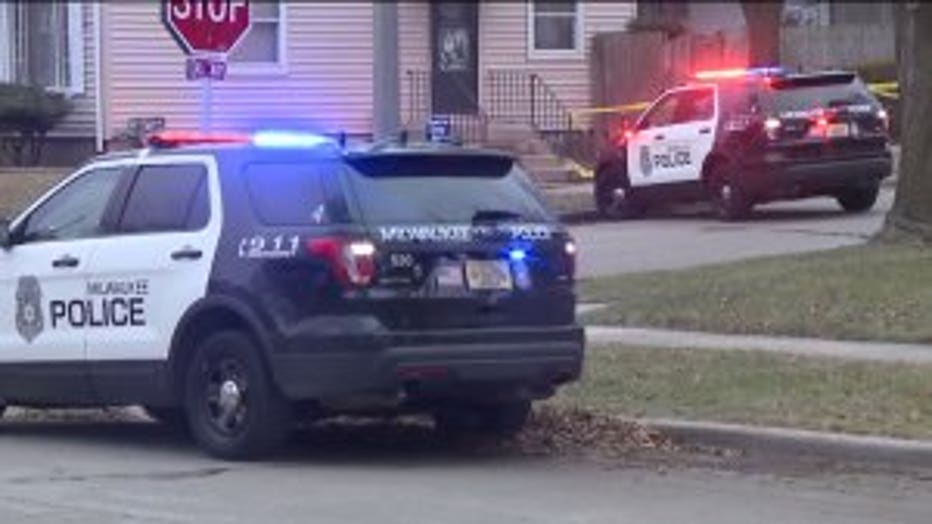 Homicide near 70th and Bobolink -- December

MILWAUKEE -- Milwaukee Mayor Tom Barrett along with members of the Milwaukee Police Department, Milwaukee Fire Department and Office of Violence Prevention talked on Sunday, Dec. 30 about a decrease in homicides and non-fatal shootings in the city in 2018.

A Milwaukee Police Department spokeswoman confirmed for FOX6 News in an update on Tuesday, Jan. 2 there were 100 homicides in Milwaukee in 2018, and 475 non-fatal shootings. 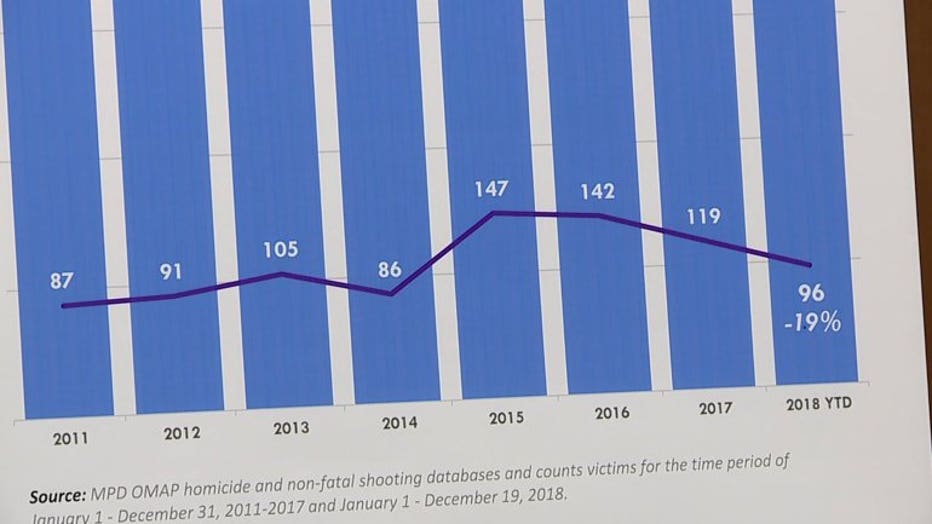 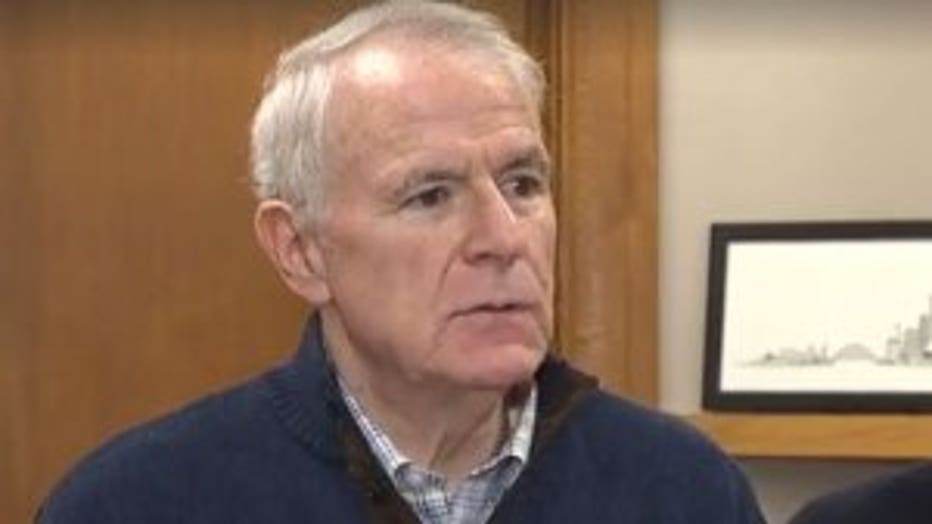 "We don’t want to get caught up in numbers because numbers can be very deceptive. Numbers can be very cold and very analytical -- and we’re talking about people’s lives," Barrett said. "You can never take those lives and put them simply on a graph."

"It is impossible for us to ever hire enough police officers, enough firefighters to be at every single altercation that you have," Barrett said. 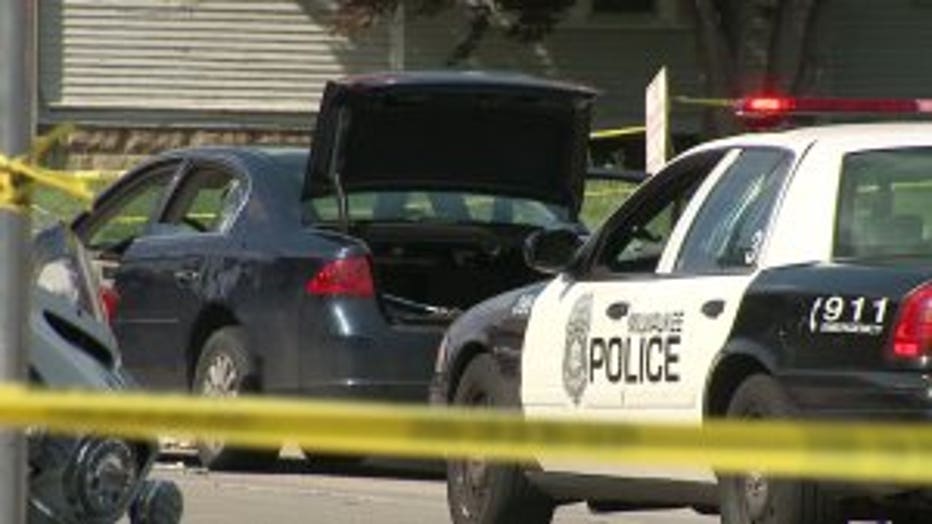 Homicide at 35th and Clarke -- August

"We look at the underlying issues in the neighborhood. We talk with the Office of Violence Prevention and give them recommendations where to go and how to address certain problems," said Steven Caballero, assistant chief with the Milwaukee Fire Department.

The mayor said the budget for the Milwaukee Police Department is roughly $300 million -- larger than the property tax levy for the entire city. 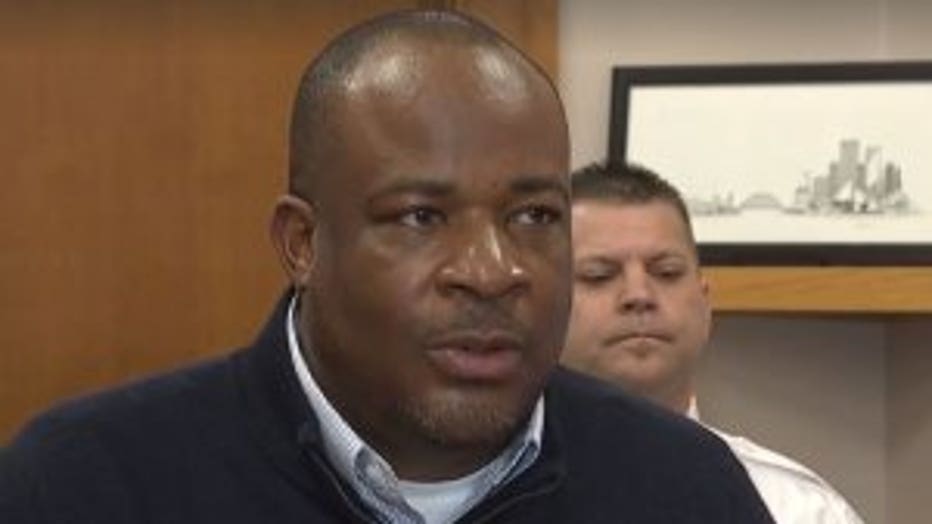 "We need to build the trust between the community and the police department," Barrett said.

"Today is a reflection of what it really takes as a community to continue to see progress in this area," said Moore.

Moore attributed the success to the city's allocation of $2.5 million to the cause, and pointed out that his office has worked with the community -- and identified in 2016 six goals and 30 strategies to address gun violence. He said his office continues to strive to reach those goals. 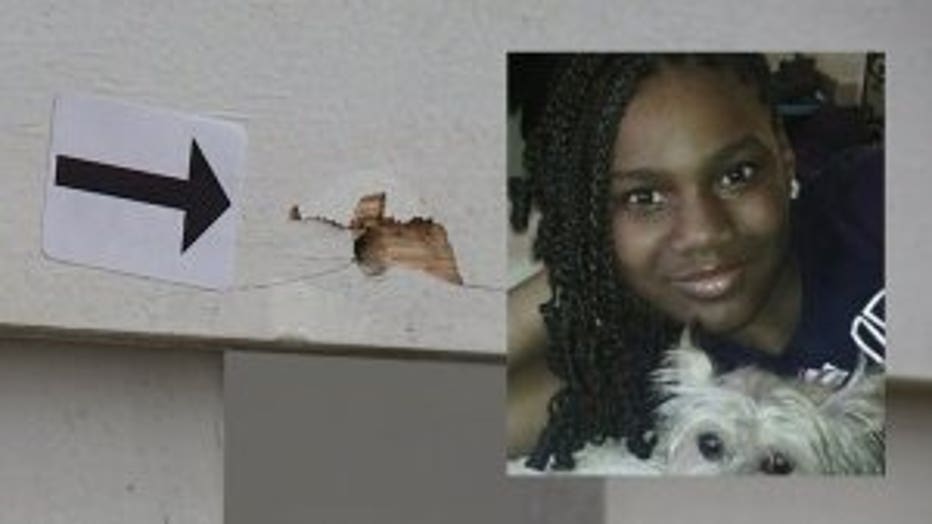 "We have to live in a city that thrives," Moore said. "Attending the funerals of children such as Sandra Parks, is extremely not only traumatic to the community and to that family, but it's traumatic to us as a city."