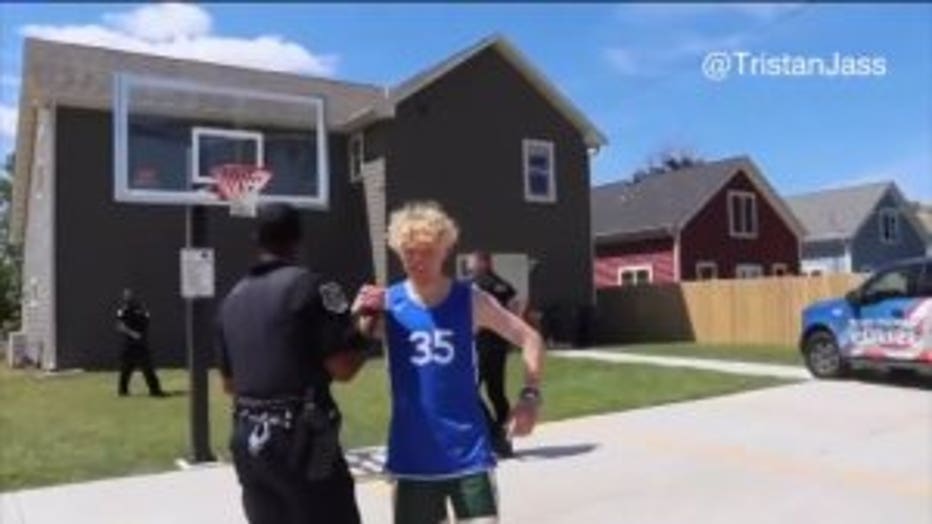 MOUNT PLEASANT -- Video of a Kenosha YouTube phenom dunking on a police officer -- and vice versa -- has gone viral. Thousands of people have watched the "King of the Court" game in recent days (see below).

The young man at the center of this game is Tristan Jass. His recently posted video with Mount Pleasant officers has gotten so big, it has even been seen on ESPN's Sports Center. 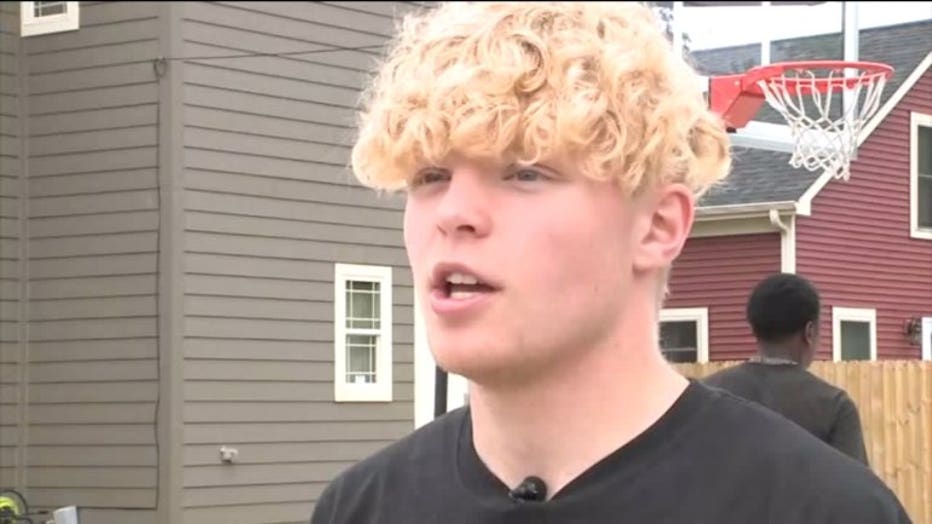 "Just missed. He dunked on me. It was awesome," Lojeski said. 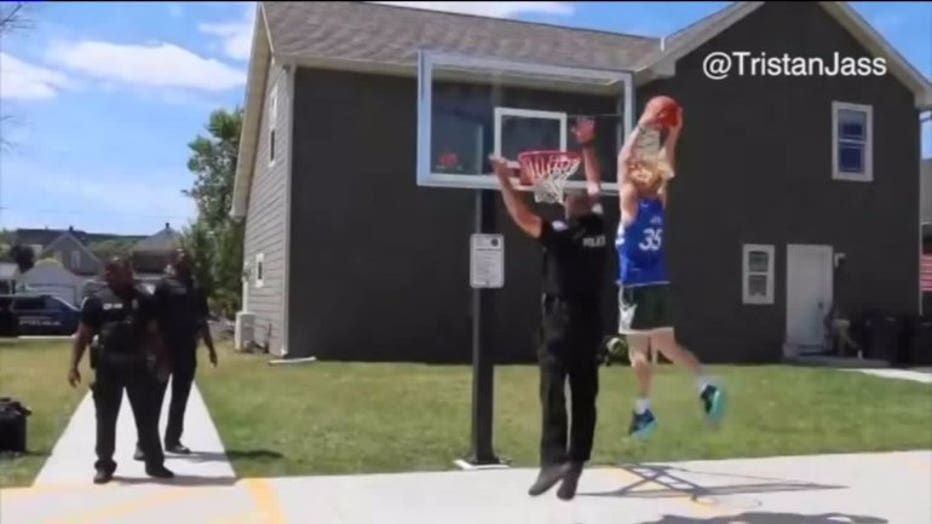 But don't worry, Lojeski bounced back.

"He dunked on me a couple times too," Jass said.

The "King of the Court" game happened at the hoop behind Mount Pleasant's community oriented policing house. It allows officers to work closely with the neighborhood.

"We're out here impacting the younger generation. That's what our main focus is," said Malcom Kelly of the Mount Pleasant Police Department. 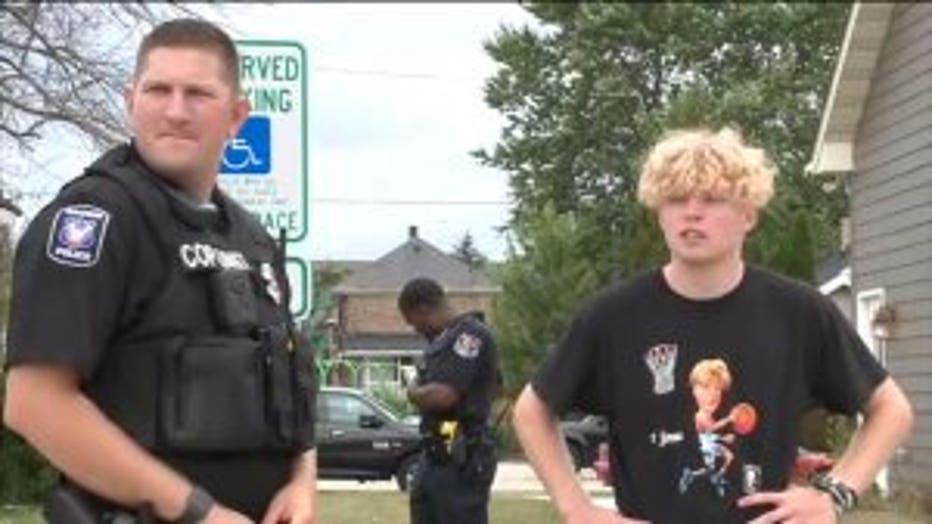 The game was organized by Kelly after seeing one of Jass' popular videos.

"I sent a message on social media. He responded," Kelly said.

That allowed Jass' local internet followers to watch him play in person.

"We're out here hooping. Look at all these people out here," Jass said.

The pickup game has forged a bond.

"We're using the momentum from all the views to keep everything going," Jass said.

They are all motivated to mentor and make a difference. 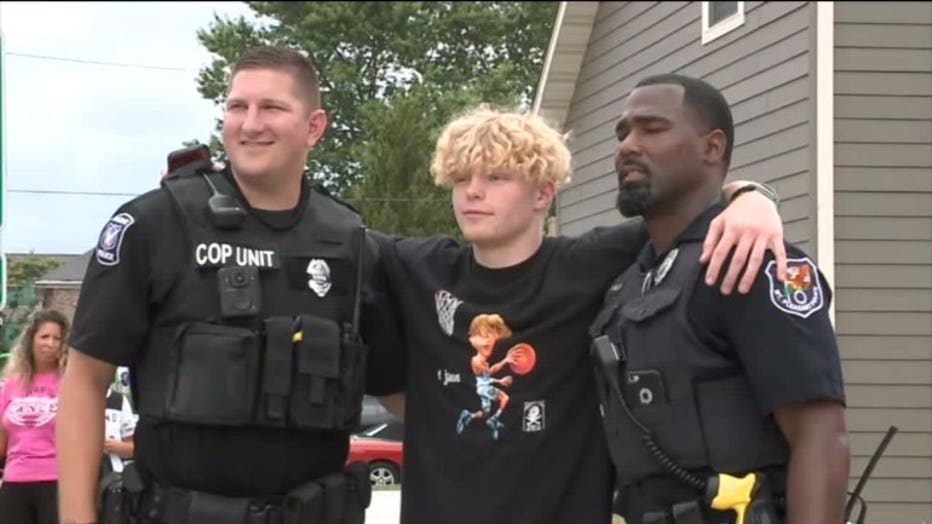 "We're not the bad guys. Come out and shoot hoops with us and hopefully continue to build the bridge," Lojeski said.

Jass told FOX6 News he plans to work with law enforcement for future programs and events. 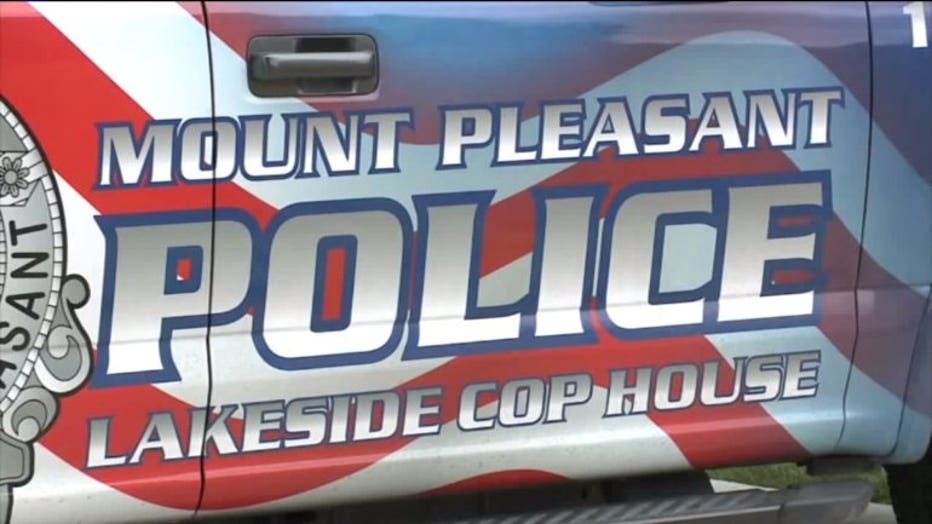