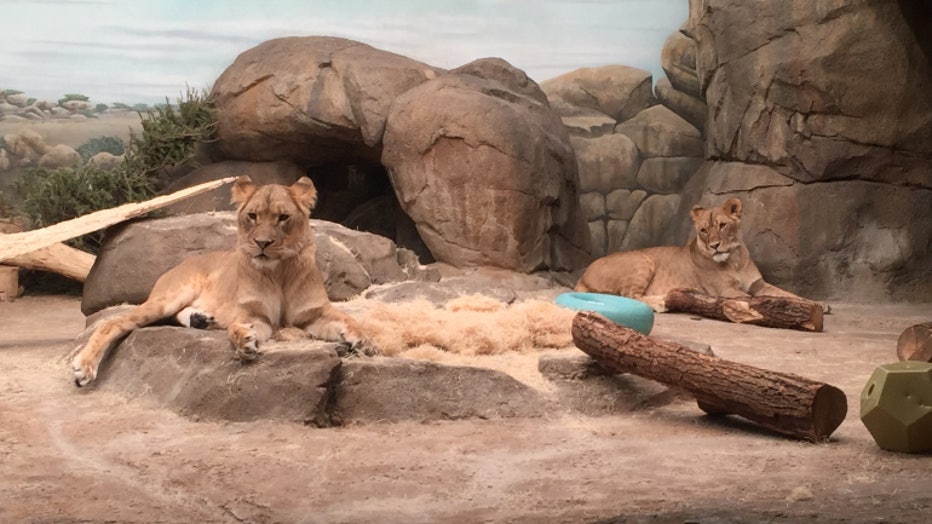 Two young lionesses, Sunny and Amali, have arrived at the Milwaukee County Zoo .

Amali was born at the Wildlife Conservation Society’s Bronx Zoo in March 2013, and had resided at the Seneca Park Zoo since July 2013. Even though the two are not related, they behave like sisters.

The two lionesses are settling into their new surroundings quite nicely. Zookeepers report they are very cooperative, shifting from one exhibit to another, and approaching for food when appropriate. Zookeepers comment they are both definitely young, spunky lionesses, but they are very good girls, and are able to practice simple behaviors like target training with each of them.

The new lionesses have not had contact with the Zoo’s resident lions, Themba and Sanura, although they can see and hear each other through a hallway. They will not have access to each other for the foreseeable future, and will rotate time on exhibit.

According to zookeepers, Sunny and Amali get along very well with each other. Sunny seems to be in charge, but Amali will investigate new situations first. Sunny can often be shy and reserved, while Amali is full of personality. They can be seen periodically on indoor exhibit in the Florence Mila Borchert Big Cat Country.