MILWAUKEE -- Governor Scott Walker joined state and local leaders, including Speaker Robin Vos, Majority Leader Fitzgerald, Milwaukee County Executive Chris Abele, and Milwaukee Mayor Tom Barrett in announcing a plan to protect state taxpayers from a loss of approximately $419 million, if the NBA relocates the Milwaukee Bucks.  The total state contribution will be capped at $80 million. Prior to the announcement Thursday afternoon in Madison, some in Milwaukee were already saying the funding plan is insufficient.

Current and former team ownership committed to fund $250 million toward funding the $500 million arena project.  Under this plan, state and local governments will also fund $250 million, or half of the total project costs, toward building the new arena without tax increases or state bonding.  Any cost overruns would be paid by other sources, but not the state.

The city of Milwaukee will contribute $47 million through the creation of a TID and paying for a parking structure in upfront cash.

Milwaukee County will contribute $4 million per year over 20 years through a state debt collection agreement.

The Wisconsin Center District will use existing revenue streams to finance roughly $93 million in bonding for the plan.

"Quite frankly, what we need to make this a good deal -- to make this worth public money -- is we need more bang for the Bucks!" Robert Kraig, executive director of Citizen Action of Wisconsin said. 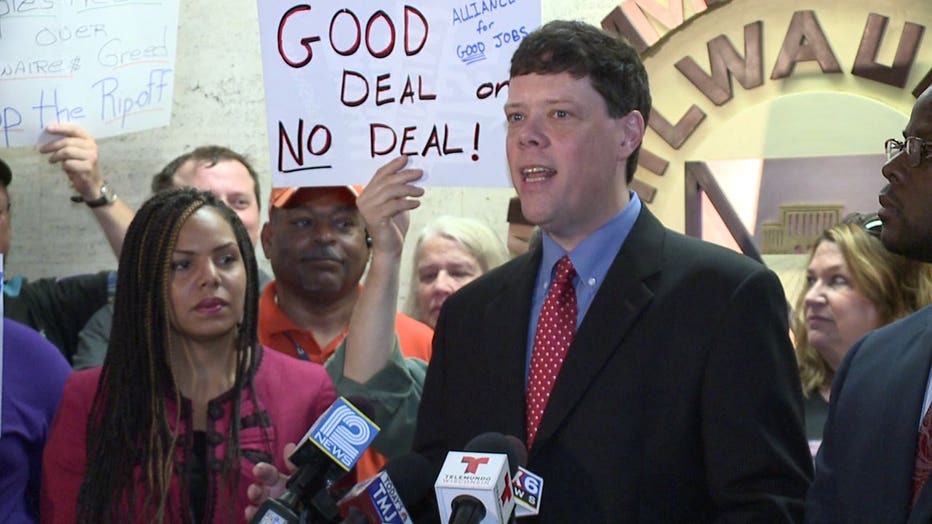 This is the premise under which members of the Alliance for Good Jobs gathered Thursday outside the Milwaukee County Executive's office. Members of this group have more than a flickering glimmer of hope that they'll get what they want.

"It's very simple. We want a good deal or no deal at all," MATC Economics Professor Luz Sosa said.

During a press conference held prior to the announcement in Madison, members of the Alliance for Good Jobs expressed concerns about the benefits a Bucks arena will bring to Milwaukee. 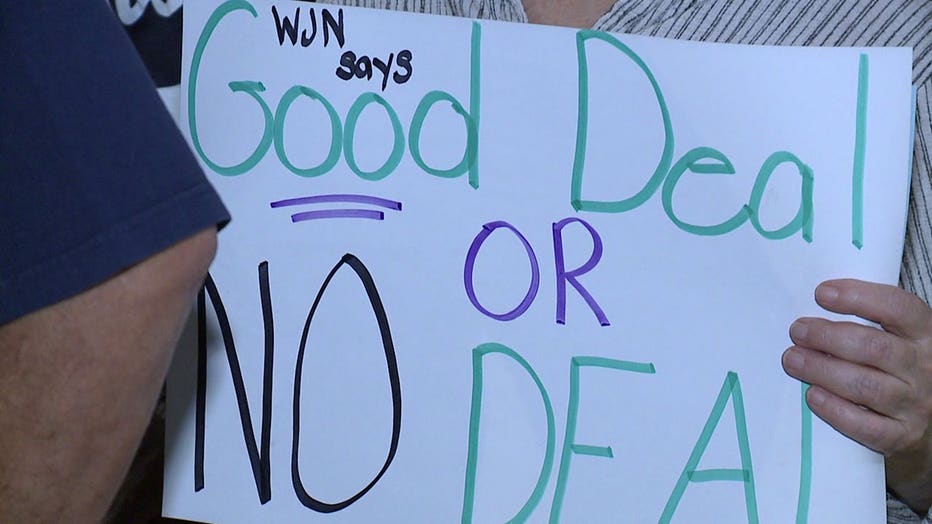 "We recognize that what happens in Madison will happen in Madison. Here in this community, here in Milwaukee --where the decisions will have a real impact on real people -- we look forward to an extended conversation about what it's gonna take to create a good deal for good jobs for people in Milwaukee," Peter Rickman with the Alliance for Good Jobs said.

"You would think requiring good jobs would be a slam dunk in this deal and it's not even being discussed," Kraig said.

At least not publicly, and this, according to the Alliance for Good Jobs must change.

"When they say they say that the county is present, we, the legislative body, was not present in those conversations," Supreme Moore Omokunde, 10th District Milwaukee County Supervisor said.

Moore says talking with the Bucks brass wouldn't be sufficient.

Those interested in sharing their thoughts regarding the proposed arena and the redevelopment of Milwaukee's Park East corridor are invited to attend the Milwaukee County Board's public hearing set for next Tuesday at 5:30 p.m. at the War Memorial Center. 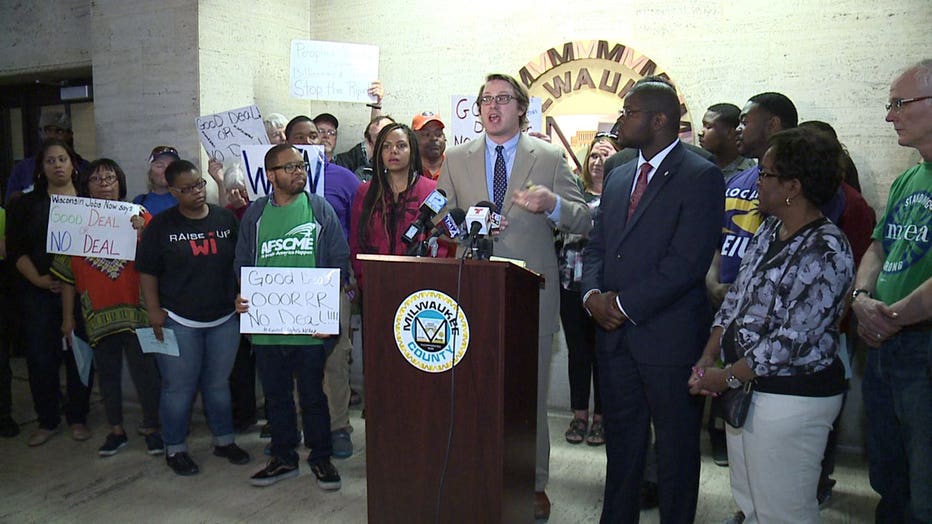