We invite you to leave: Wauwatosa mayor condemns racist letters

This all started with yard signs placed at some homes around Wauwatosa.

WAUWATOSA - City leaders and Wauwatosa residents spoke out Thursday, Sept. 3 after letters were sent to some residents talking about keeping the city "white."

Wauwatosa Mayor Dennis McBride's message was clear -- Wauwatosa has no room for racism. 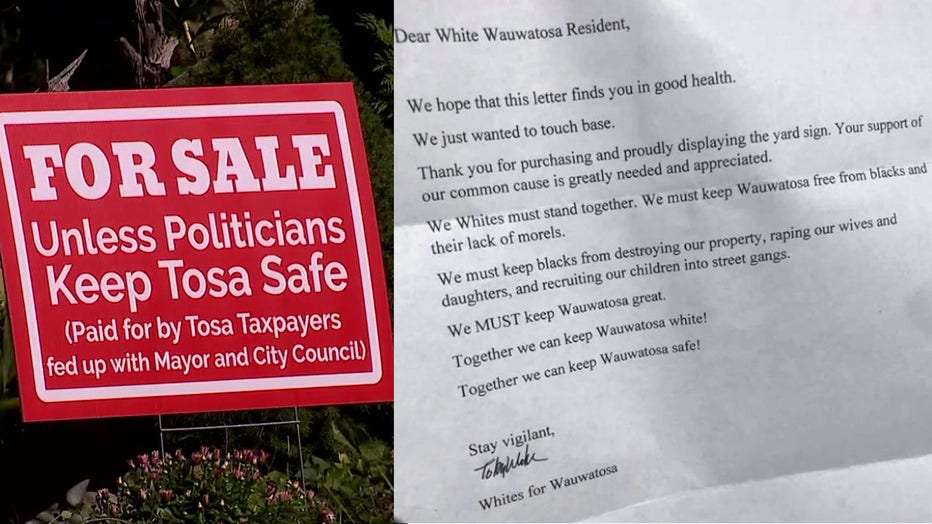 "I am appalled," said Tracey Dent with the Milwaukee Coalition Against Hate. "I am disgusted. I am angry."

The letter received by some Wauwatosa residents read, in part, "We whites must stand together. We must free Wauwatosa from Blacks." 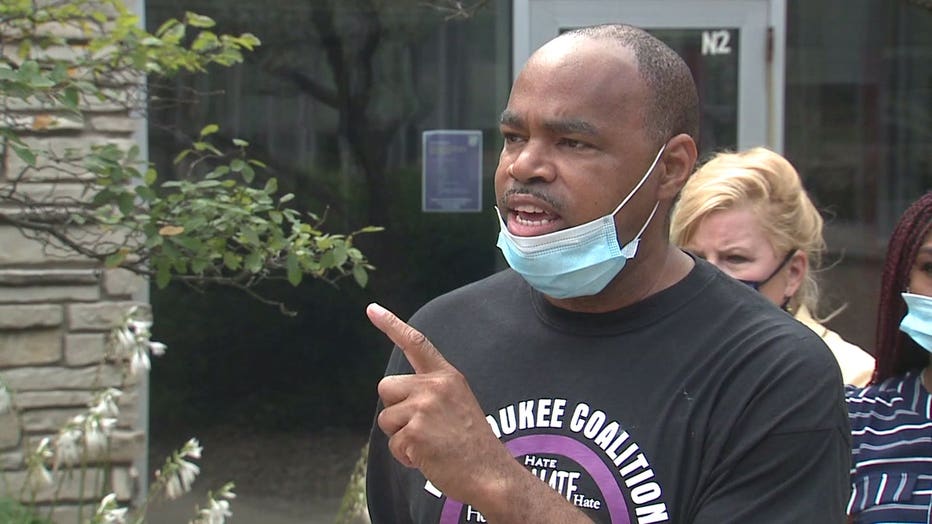 "Whoever sent out that letter saying make it white only, then you need to leave because you are not welcome here in Wauwatosa," said Dent.

Dent, a Milwaukee activist, called the letter a piece of trash.

This all started with yard signs placed at some homes around Wauwatosa reading, "For sale unless politicians keep Wauwatosa safe." The letters showed up at some of these houses.

"How dare you," said Dent. "Whoever wrote that letter, how dare you try to put a label on all people of color." 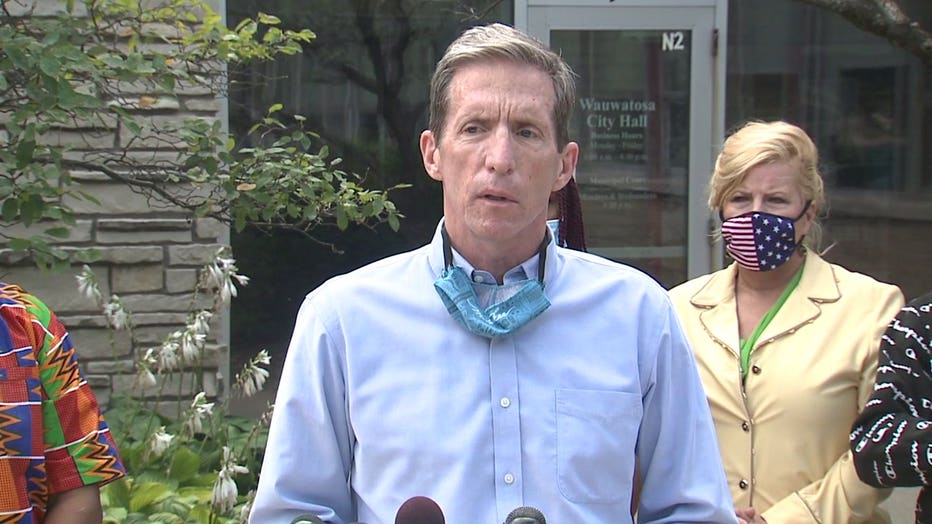 While it's unclear how many letters were sent out, and who wrote them -- the mayor's message was clear.

"If you believe that Wauwatosa or any party of America is for whites only, we invite you to leave now," said McBride.

Mayor McBride said Wauwatosa's diversity is what makes the community so great, and racism has no place there.

"We don't know that there were many of these letters," said McBride. "We are still trying to figure that out, but just like this weed that's growing out of the sidewalk, we`re going to rip it out and be done with it before it spreads."

Again, it's unclear who wrote the letters. Anyone with information is asked to call police.

The Council on American Islamic Relations said the signs were misinterpreted as racist and led to letters being sent to those addresses.