Critical of large gatherings amid the COVID-19 pandemic, Democratic Party leaders from Wisconsin held a smell event on Election Day to push for Joe Biden.

In the crucial hours before the polls close Tuesday evening, FOX6 News is told that Biden supporters' strategy is not to host large gatherings, but rather to engage voters in other ways.

Biden has been critical of President Donald Trump's crowded campaign events and his handling of the COVID-19 pandemic. Unlike the Republican Party, Wisconsin Democrats are not hosting a large watch party on election night.

Biden campaign surrogates have been on the ground doing small, in-person press events outside -- including at an office near 1st and Pittsburgh in Walker's Point on Tuesday evening. 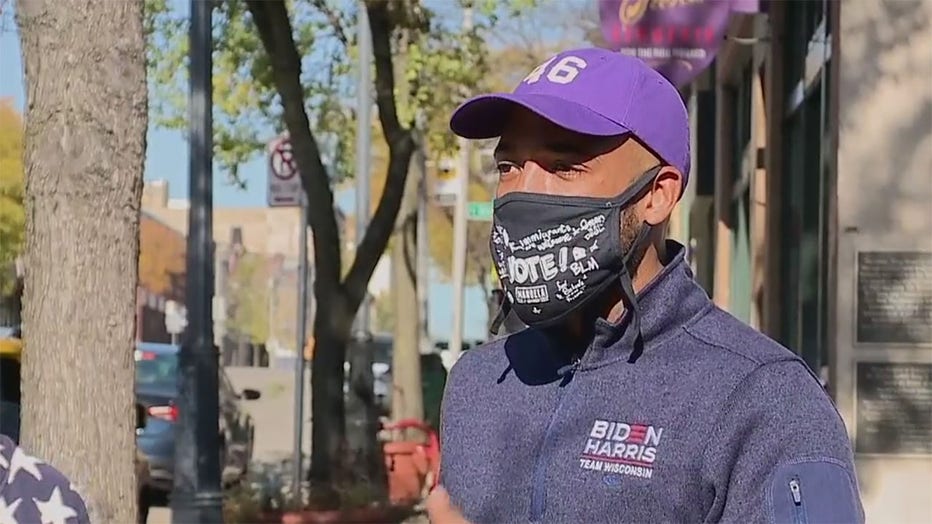 "Joe Biden of course has been very careful and respectful of the best public health efforts," Sen. Baldwin said. "It was this president’s lack of leadership, and then his campaign conduct where he has held super-spreader events including events in Wisconsin where people have very likely become ill from those events. So irresponsible."

You Decide 2020: Track election results as they come in

Earlier in the day, near Dr. Martin Luther King Jr. Drive and Vine Street in Milwaukee, U.S. Rep. Gwen Moore and Sen. Baldwin along with State Treasurer Sarah Godlewski and Lt. Gov. Barnes urged Wisconsinites to elect the former vice president as the next commander in chief.

Godlewski told FOX6 News that voters casting their ballot for Biden are "voting for hope over fear, science over fiction and truth over lies." 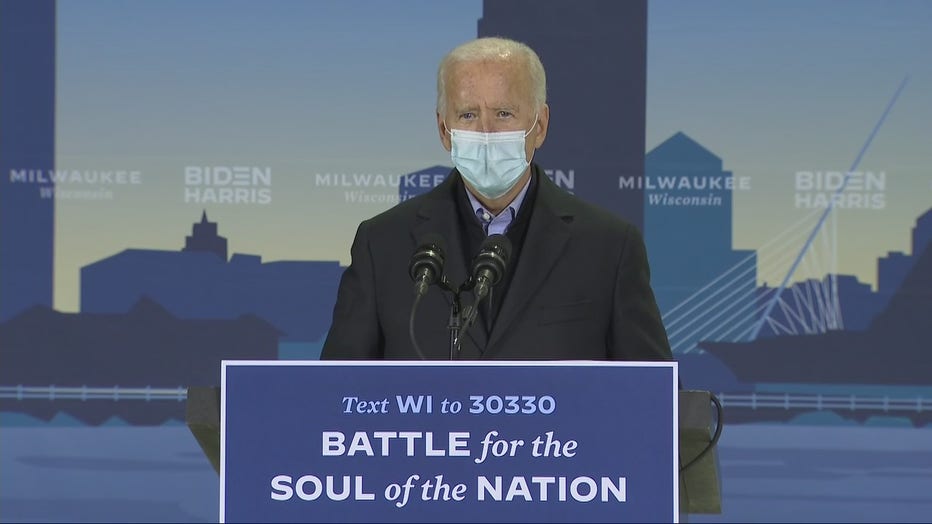 "The White House runs through Wisconsin. We saw in 2016 that we lost by literally five votes per precinct," said Godlewski. "These past four years have been really hard, Wisconsinites have been worried about COVID, the economy, are they still going to have healthcare coverage, and their voice matters. If they turn out to polls they can actually have a say in what the future is going to look like."

The group spoke to key issues for Biden supporters on Tuesday, including the minimum wage, immigration and the pandemic.

Biden made his final campaign stop in western Pennsylvania on Monday night -- where he kicked things off in April 2019.

Tuesday morning, Biden attended church and visited his late son Beau's grave in Delaware before returning to his roots, visiting his childhood home in Scranton, Pennsylvania.

'All eyes are on Wisconsin:' Democrats make final push to elect Biden

President Donald Trump and Democratic challenger Joe Biden each has a path to the 270 Electoral College votes needed to win the White House.