A Wauwatosa School Board member says the board president punished him after he revealed a secret conversation about a FOX6 public records request.

WAUWATOSA, Wis. - A Wauwatosa School Board member says the board president punished him after he revealed a secret conversation about a FOX6 public records request.

Board member Mike Meier's attorney sent the school board a letter this week, warning the matter could go to litigation. FOX6 shared documents related to the case with additional open government attorneys, who say the school board's actions are questionable, and potentially a violation of Wisconsin's open meetings law.

Meier says he's concerned these actions will discourage public leaders from turning over public records and speaking up about potential violations of Wisconsin's laws governing transparency.

The school board president, without addressing the legality of the board's actions, claims Meier violated board policy and could expose the district to "negative financial impact."

"If I hadn’t done what I’d done, I would have been part of a coverup, really," Meier told FOX6.

It started with a voicemail 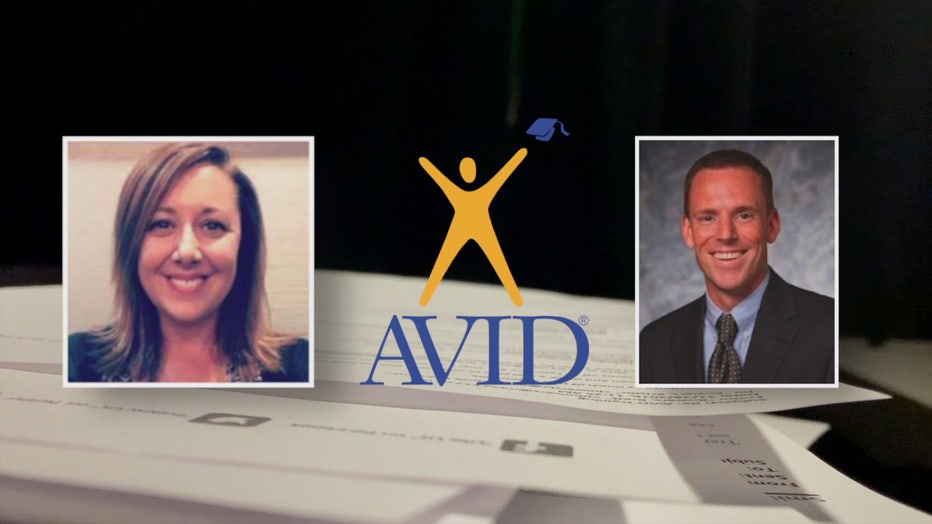 Meier and former board member Mary Jo Randall had publicly raised concerns about the contract in the months leading up to the report, but the board as a whole did not take action. After FOX6 showed up at a board meeting with questions, Meier and at-the-time board member Shawn Rolland pushed for a formal investigation.

The board eventually concluded Bowers violated district policy and entered into a separation agreement with Bowers, paying her six figures to walk away. While a Wauwatosa Police investigation did not result in criminal charges, the department said the board "failed to act" and referred the case to the U.S. Department of Education, Office of Inspector General.

In a November 24, 2021 episode of the podcast Open Record, FOX6 revealed the story started with a public records request for school board members' voicemails. In the episode, reporter Amanda St. Hilaire said she initially thought she was going to find threats against school board members for COVID-19 mitigation efforts.

Amongst the records Meier turned over in response to the request was a voicemail from Randall, asking questions about the AVID contract. In the podcast episode, St. Hilaire said this voicemail piqued her interest and ultimately launched FOX6's investigation.

‘There’s no one watching us'

Wisconsin law largely requires government agencies by default to do their business in public. There are exemptions that allow for private discussions in closed session, such as employee performance evaluations or receiving advice from legal counsel about litigation.

Government bodies meeting in closed session are required to notify the public about the topics they are discussing, and are not permitted to veer from those topics during the session.

On December 9, 2021, Wauwatosa School Board met in a closed session; the public notice said the purpose of the meeting was to "discuss personnel matters with legal counsel."

Meier says in that meeting, another board member broached the topic of FOX6's public records request for voicemails. 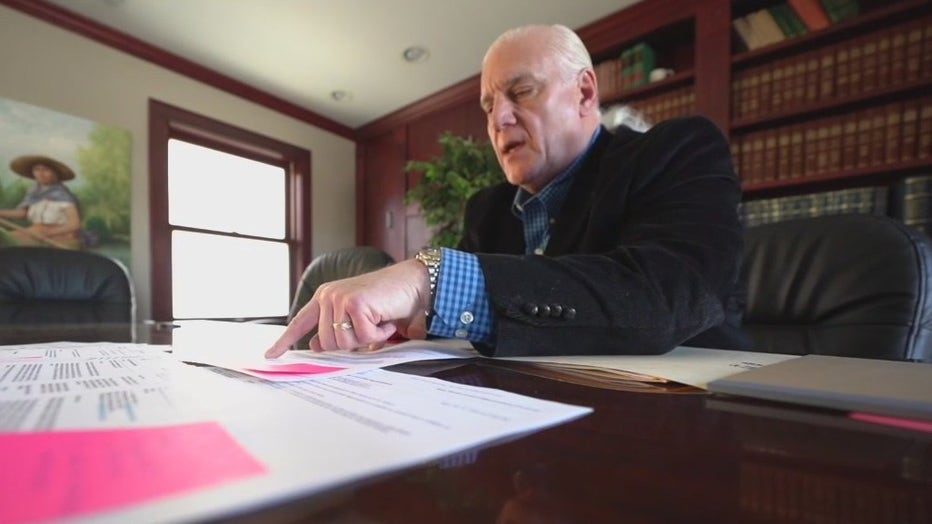 "I was chastised - I’ll put that tone to it - by a fellow, by another board member, for what was said to be essentially, ‘over-compliance,' with the FOX6 public records request of August 2021", Meier said.

Meier says at least one board member appeared to be under the impression he should not have released his voicemail about AVID because FOX6 was looking for records documenting threats.

"I immediately challenged the comments as not appropriate for the noticed session," Meier added.

Meier says the conversation stopped and turned to a different topic. The next day, he called St. Hilaire to clarify her public records request. Meier says he was worried if some thought he "over-complied" by releasing too many voicemails, others may have "under-complied" by not releasing enough.

"It’s public," Meier said, referring to his voicemails about school district business. "How can I go afoul by giving you too much?"

Meier says he was also concerned that the focus in the aftermath of the AVID investigation seemed to be on preventing the issue from coming to light instead of preventing it from happening in the first place.

"I felt a duty to contact FOX6," Meier said. "We are in a school boardroom, the intersection of power and money, and now there’s no one watching us."

Meier told St. Hilaire she could share their conversation with the rest of the board, so she sent an email clarifying that her August request was for all voicemails, not just voicemails related to threats.

The following month, board president Steve Doman sent Meier an email claiming he violated board policy by speaking to St. Hilaire. Doman admitted the public records conversation St. Hilaire referenced in her email to the board happened in closed session. Doman also told Meier he would name someone else to the policy committee spot Meier originally was going to take.

"It felt to me like an attempt to gag me," Meier said.

At the end of April, Doman sent an email announcing he had privately appointed board members Leigh Anne Fraley and Mike Phillips to the policy committee instead of going through the board's previous process of announcing the appointments in a public meeting. Doman cited the "unusual surrounding circumstances in this instance," as well as a legal opinion from the district's attorney.

Doman also said the policy committee's work has already begun. However, a review of the school board's public notices indicates the committee has yet to meet publicly. The Wisconsin Supreme Court has ruled school committees are subject to the open meetings law. FOX6 asked board members for more information about the work the policy committee has done in private; no one answered the question.

‘A duty to their constituents’

"We in a democracy need to know what’s going on with our government in order to be able to participate in that democracy," Westerberg said. "It really benefits everybody for as much business to be done in the public as possible."

Westerberg emphasizes the part of the law that says government agencies must stick to a narrow list of exemptions in closed session discussions, and can only talk about the topic listed on the public notice.

"I can’t see how that fits into that discrete list of issues that can be discussed in closed session," she said of Wauwatosa School Board's discussion about FOX6's public records request. 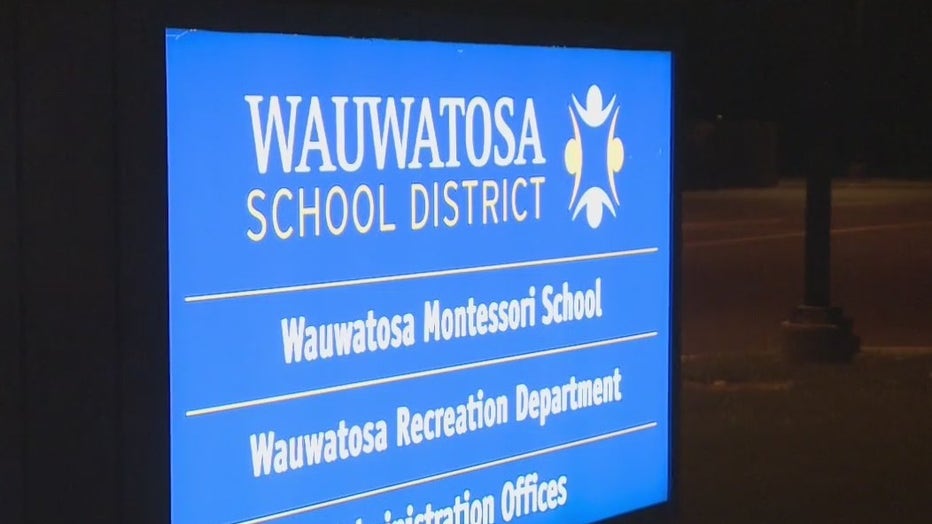 "Illegal discussions in closed session are so problematic that, if the DA refuses to prosecute, any member of the public is empowered to act as a private attorney general and bring charges," Kamenick added.

While statutes like HIPAA and FERPA protect medical and education records, Kamenick says having the conversation in closed session does not automatically make it confidential.

In his email to Meier, Doman cites school board bylaws as preventing disclosure of closed session conversation. The bylaws list permitted closed session topics, saying, "no member of the Board shall disclose to anyone the content of discussions that take place during such sessions."

Public records do not appear on the list of permitted closed session topics.

"Arguably, an elected representative has a duty to their constituents to blow the whistle on misdeeds behind closed doors," Kamenick said. "A board could probably criticize a member for going public or maybe even formally censure them, but any actual discipline runs the risk of violating the rogue member's First Amendment rights."

"We have the power to seize people’s money with our taxation power," Meier said. "That’s literally true. We have authority over 7,000 children. We are responsible to behave in a public manner so that our actions while taxing you and taking care of your children, that we are accountable to the community."

"Our whole system counts on the elected officials being watched in the public square as to how they conduct their business," Meier added.

Meier hired attorney Ben Hitchcock Cross, who sent the school board a letter on Wednesday. The letter accuses the board of violating Wisconsin's open meetings law by discussing FOX6's open records request during closed session. It also says the state's public records and open meetings laws supersede board confidentiality policies, and alleges any public business the policy committee has already conducted is a violation of the law because it did not occur during public meetings.

The letter says, "we might be headed towards litigation," but says Meier would agree to a resolution if the board provides "clarification" on several points, including the board's duties under Wisconsin law.

Meier tells FOX6 he wants the board to receive education on Wisconsin's transparency laws, and he wants his name "cleared" in the public record following Doman's allegations he violated policy.

Cross says the board's actions discourage members from fully complying with open records requests and from speaking up about legal violations.

"We are talking about the production of public business and where are we talking about it?" Cross continued. "In secret. Really, the way that we solve this is transparency and sunshine, but we also have to clean up the mess that we’ve made."

The day after receiving the letter from Meier's attorney, the school district canceled the policy committee's first-scheduled public meeting.

FOX6 emailed Wauwatosa School Board members and the superintendent, asking for response to Meier's allegations. While no one responded with comment by deadline, on Saturday board president Steve Doman sent FOX6 the text of what he says is an email he sent to Meier.

In the email, Doman maintains Meier violated board policy, says he was not aware Meier had concerns about the open meetings law, and asks Meier to "set aside the lawyers and find a resolution."

"I am a former journalist and believe strongly in a free press and open government, and I have filed many open records requests during my time as a member of the media," Doman continued. "I believe this is a value we share."

Doman did not address the legality of the board's closed session discussions, nor did he address what kind of work the policy committee did in private.

"Why is this so important to you?" St. Hilaire asked Meier in an interview.

"It’s what people have died for," Meier said, pausing as he started to tear up. "That we have this right to be equally represented, to be elected by the people and to have our place in proportion to what the people have assigned us the duty to do."

"If we let this break down," Meier continued, taking a deep breath. "Then we have not honored my uncles who were on the beach at Iwo Jima, who were at the Battle of the Bulge. People sacrificed so that we have someone doing this job in a fair way. And it doesn’t seem very fair right now. So it’s the essence of democracy that we do this job in an honorable, competent, patriotic way exercising good judgment. And if any of us fail, we’ve failed our country. I really, truly believe that."