Wauwatosa Police Officer Joseph Mensah spoke out for the first time since he was involved in the fatal shooting of three men in the line of duty over the past five years. Community members have called for his firing, and for Mensah to face homicide charges. Mensah told a radio host Tuesday he fired his weapon in self-defense.

WAUWATOSA - Wauwatosa Police Officer Joseph Mensah spoke out for the first time Tuesday, July 28 since he was involved in the fatal shooting of three men in the line of duty over the past five years. Community members have called for his firing, and for Mensah to face homicide charges. Mensah told a radio host Tuesday he fired his weapon in self-defense.

Mensah was suspended by the PFC in a unanimous vote by the five commissioners on July 15 as part of a special meeting in which the PFC accepted administrative charges filed against Mensah by the family of Jay Anderson. This, one day after the Common Council voted to “transition” Mensah from employment.

Anderon was shot and killed around 3 a.m. June 23, 2016 in Wauwatosa’s Madison Park. Police said Mensah was responding to a suspicious vehicle when he fired at Anderson, believing Anderson was reaching for a gun. A family attorney said Anderson was sleeping in his vehicle — “not bothering anyone, not doing anything wrong, and there were no complaints regarding his behavior or evidence that he was doing anything illegal, or had committed any crimes.”

Mensah was cleared of criminal wrongdoing in that case. Attorneys for Anderson’s family argue that Mensah violated his law enforcement code, calling for his firing.

The 2015 fatal shooting of Antonio Gonzalez was also ruled justified. The 29-year-old man was killed in July 2015 after police said he confronted officers with a sword.

Mensah was placed on administrative leave, with pay, stemming from the officer-involved shooting death of 17-year-old Alvin Cole on Feb. 2. Police said officers responded to Mayfair Mall after security reported approximately 10 people who were causing a disturbance. At least one witness indicated one of the people involved in the disturbance was armed with a handgun. Police found a group outside the mall, and at least four people ran when they saw officers. One of those four people matched the description of the individual that was reported to have been armed. Officers gave chase on foot. During the chase, police said Cole was in possession of a handgun, and Mensah fired. Cole died at the hospital.

That case is still under review by the Milwaukee County District Attorney’s Office. 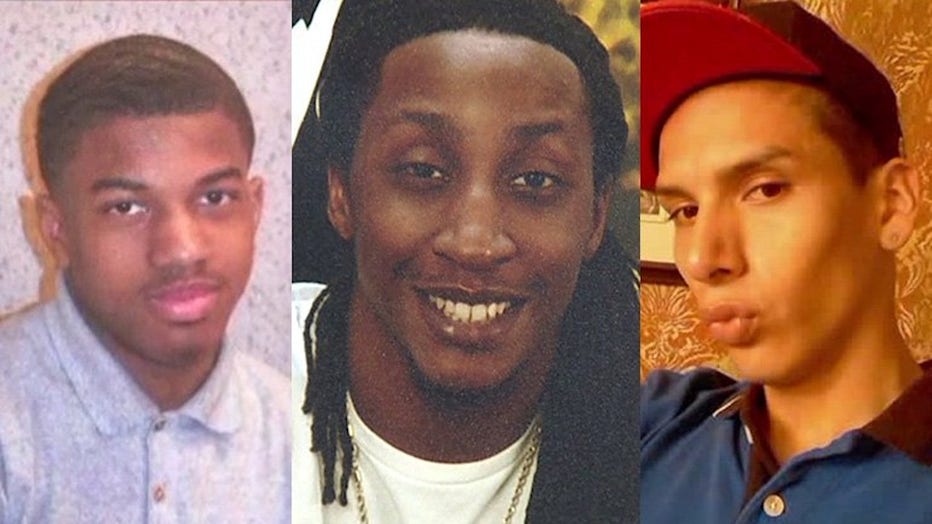 Meanwhile, Mensah said no one can explain why the PFC voted to suspend him.

On the street, in city meetings and in front of cameras, protesters, attorneys and the parents of the three men shot and killed by Officer Mensah have, for weeks, called for him to be fired and criminally charged. Officer Mensah has remained silent -- until now.

On the Dan O'Donnell Radio Show, the patrol officer spoke openly about all three shootings -- and the community backlash.

"The common denominator in every single one -- the suspect was armed," said Mensah. "To call me a murderer without any conviction, without any charges, and then to do something like this, again, I'm angry, I'm frustrated, I'm confused."

Cleared of wrongdoing in two deaths, and with the investigation ongoing in the third, Mensah believes the PFC only suspended him to appease protesters.

Mensah said the evidence in all three cases will prove he acted in self-defense.

"You can't give me one, not one policy violation that I have violated, not one law that I have broken, but you still decided to suspend me," said Mensah. 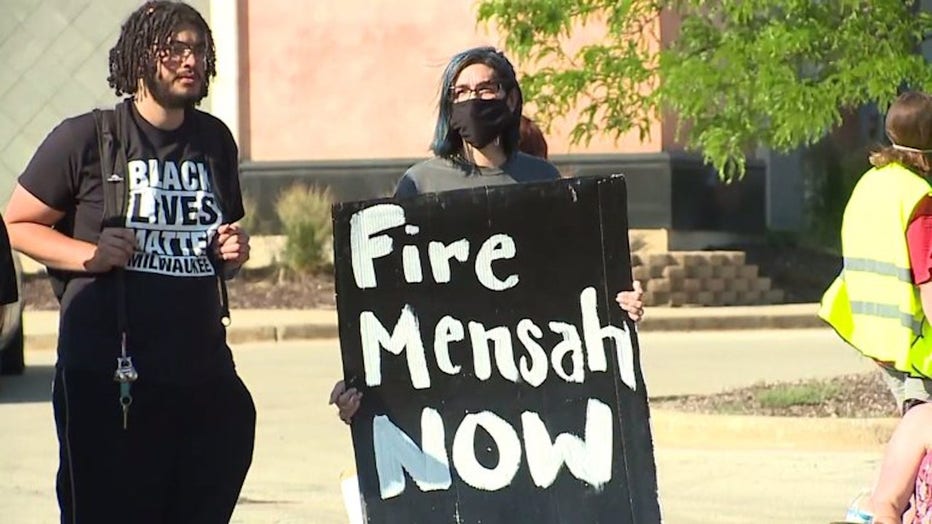 He also claims he's not the only Wauwatosa officer to be involved in more than one shooting. What Mensah can't explain is why his shootings have all been fatal.

"I honestly don't know what it is," said Mensah. "I don't know, but I've sat and wondered, why is it only me? Why am I the only one where these incidents turn fatal? I don't understand that."

Although Mensah's critics have gotten a lot of attention, he also has many supporters who have donated more than $50,000 to  a GoFundMe.com account to help pay legal fees.