The mayor of Wauwatosa is making a plea to protesters.

WAUWATOSA - Wauwatosa Mayor Dennis McBride said he has received praise and criticism for a statement he issued this week regarding protests that revolved around the actions of suspended Wauwatosa Police Officer Joseph Mensah.

Recent protests have called for McBride to fire Mensah and the Wauwatosa police chief, Barry Weber -- another protest is scheduled for Friday night, Aug. 14 -- but McBride said that under state law, he does not have the power to do either.

"It is a very difficult thing to fire a police officer in the state of Wisconsin," said McBride.

Protesters have visited McBride's home multiple times, calling for him to fire Weber and Mensah. On Saturday, Aug. 8, protests also visited Mensah's girlfriend's home, where Mensah was present at the time.

"We had an incident last Saturday night that everyone is aware of involving Joseph Mensah and violence occurred," McBride said. "There are different versions on who caused what to whom but violence, gunshots were fired." 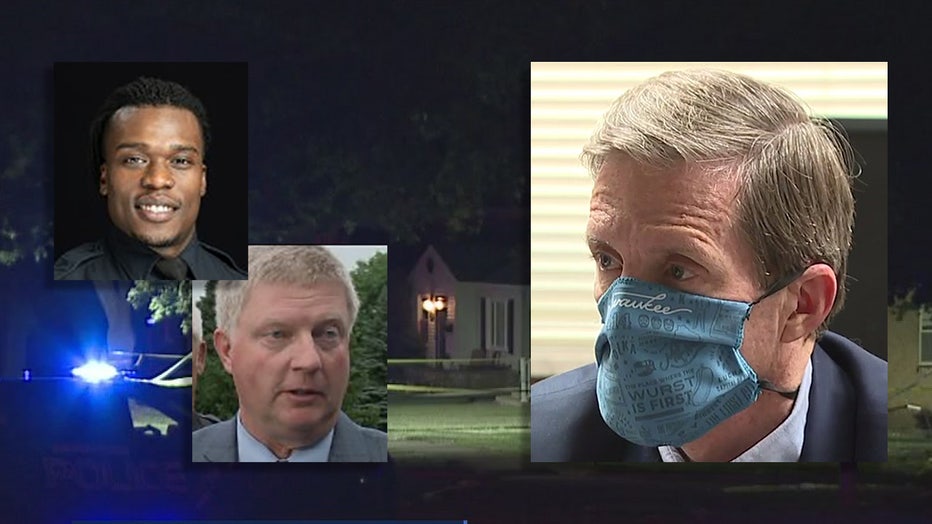 The incident as a whole is being investigated by the Wauwatosa Police Department.

Mensah himself is being investigated for the officer-involved death of 17-year-old Alvin Cole -- his third fatal officer-involved shooting in the past five years. The first two were ruled justified by the Milwaukee County District Attorney.

McBride said protests on public property, such as sidewalks or streets, are not an issue.

"You still have the right to protest in Wauwatosa, my statement was very clear on that but we have to have people follow our laws," McBride said. "When gunshots were fired, that was a bridge too far for just about everyone." 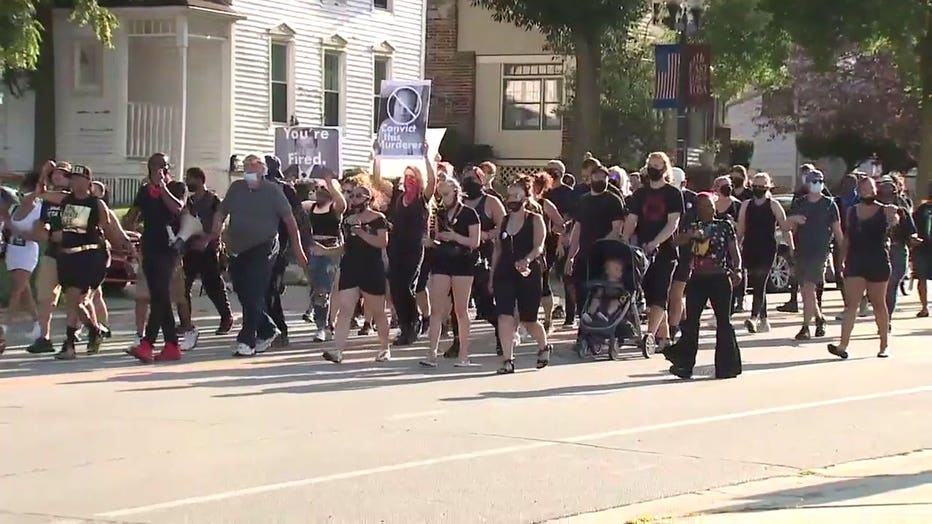 "We have seen an increasing amount of violations of law. We want to stop that so peaceful protests can continue," said McBride.

The Wauwatosa Police and Fire Commission had to reschedule a virtual meeting from Friday, Aug. 14 to Monday, Aug. 17 -- an apparent technology issue setting them back on discussing the situation surrounding Officer Mensah.

FOX6 News has reached out to the ACLU for their take on McBride's statement. Chris Ott, executive director of the ACLU of Wisconsin, issued the following comment:

“We hope City officials understand that they cannot target protests for less favorable treatment than other similar events. The City allows other special events, such as block parties and ‘Take Back the Night’ marches, which can go until midnight. And people can walk on streets and sidewalks at all times of day and night, so long as they don’t violate other laws. And while a City is allowed to ban stationary residential picketing in front of one home, they cannot ban protesters from passing by a private residence, even if it is done repeatedly. Wauwatosa officials should promptly clarify that they will abide by the Constitution and protect protest, rather than disfavoring it.”