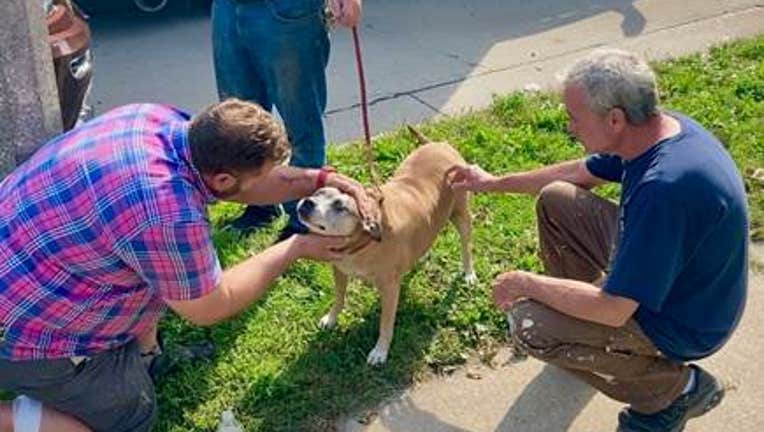 WAUWATOSA, Wis. - A Compassionate Action Award has been awarded to Joe Loduha, a carpenter who rescued a blind senior dog named Darma from a Wauwatosa house fire on Tuesday, Sept. 22.

Loduha was on his way to work when he saw smoke billowing from a house near N. 68th Street and Terrace Court. When a neighbor told him that there was a dog inside, he sprang into action. He kicked the door in, scooped up the pup from the sofa, and took the 50-pound dog back outside to the neighbor. He the went back inside to make sure that no one else was still in the home.

He was treated with oxygen, and Darma was reunited with her grateful guardian.

Loduha is a former EMT.

"I don't think I did anything that anyone else wouldn't have done," he told PETA. "All I knew was that as soon as I heard there was a dog inside, I had to get in there. I am a huge dog lover."

That's why he was so moved when the man rushed to him, "All he really cared about was making sure Darma was OK. He wasn't worried about his home or his belongings—he ran to his dog."

Loduha will receive a framed certificate and a box of vegan cookies for his selfless act.

If you'd like to donate to the GoFundMe campaign set up to help Darma and her guardian recover from the house fire, CLICK HERE.