A false report of a person impersonating a police officer and wanted to arrest a Waukesha School Board member arose Tuesday.

WAUKESHA, Wis. - A Twitter account falsely reported that a person was impersonating a police officer and wanted to arrest a Waukesha School Board member.

FOX6 News shared emails and voicemails Monday, Aug. 30 of people wishing for school board member's deaths and making threats. When a man showed up at one of the board member's businesses Tuesday, dressed in his security guard uniform, there were worries it could be a threat.

Waukesha police dispatch received a call of a man dressed as an officer. The caller said the man was looking for a woman on the school board who "worked at the salon."

Waukesha School Board member Karin Rajnicek owns a salon, and she has received voicemails saying "You're evil and you will pay for this" and "I hope they come for you with torches and pitchforks." She also received emails that read "I hope you and your children choke and die," "You're about to get ruined" and "Hope you get hit by a bus."

Alarm was in the air when the man walked in wearing a security guard uniform. The marketplace where Rajnicek's salon is called police. Waukesha Alerts then tweeted: "Subject impersonating a police officer says he is looking for a member of the Waukesha School Board at her business and is trying to take her into custody for the lunch program vote." That was false. 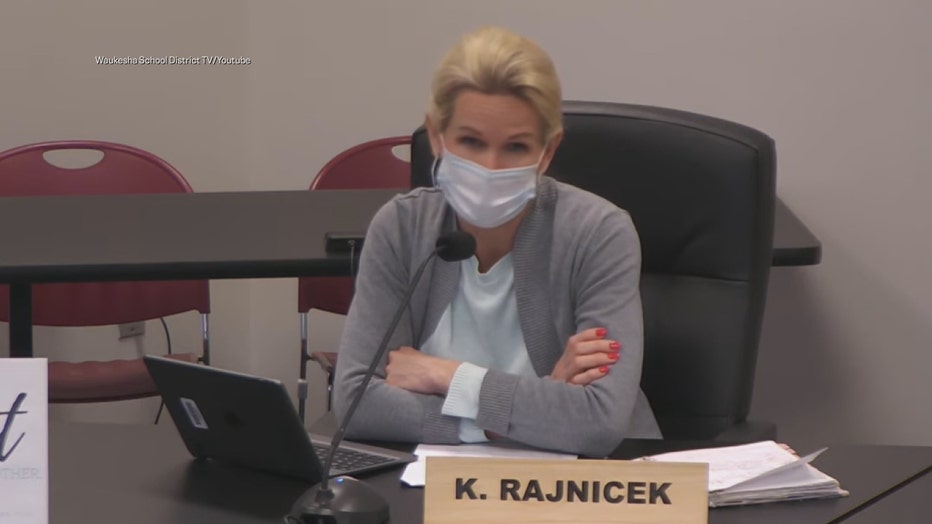 Waukesha police said the man was not impersonating police officer but had just finished a shift as a security guard. He told police he went into the salon to support the board member, something talk radio host Dan O'Donnell suggested his listeners do.

"One of the big things you can do is go to Amazing Grace salon, is to support this business and support this woman who is under assault," O'Donnell said.

Police said the man only wanted to help by getting a haircut.

Rajnicek gained national attention for saying that she was worried free meals for all would lead to people being spoiled. For context, she said she supported the pre-pandemic free and reduced lunches for lower-income students, but she questioned why they should support a program giving meals to those who aren't in need.

Despite her opposition, the Waukesha School Board voted 5-4 to return to the meals for all program during a Monday session.

Waukesha School Board reverses decision; will provide free meals for all

The Waukesha School Board Monday night reversed its decision on school lunches — meaning all students in the district can now receive free meals.

A new poll shows families are heading into the new school year still worrying about COVID-19.