WAUKESHA COUNTY -- Officials from the Waukesha County Department of Parks & Land Use are urging anyone who uses a gas grill to not place emptied propane tanks (big or small) in recycling bins or trash. 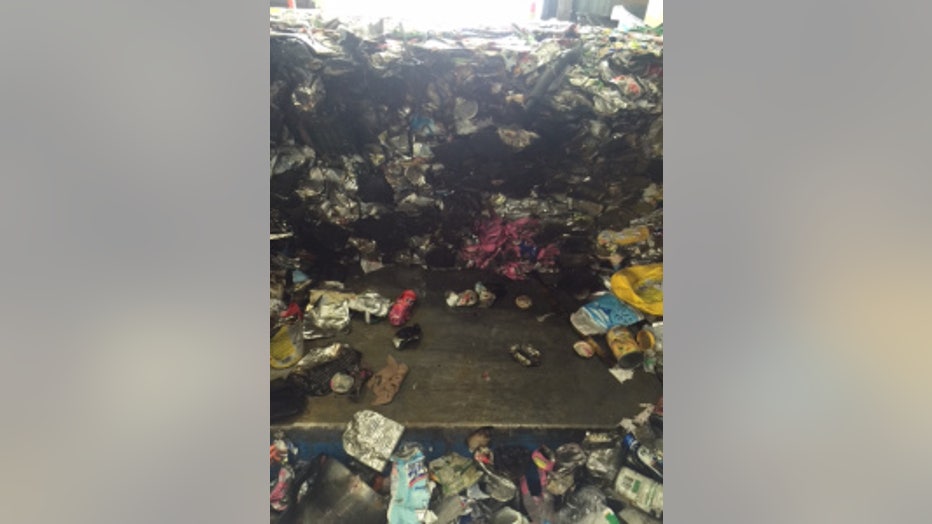 On June 18th, there was an explosion in the baler from a small propane tank which created a small fire that was quickly put out by the staff at the materials recycling facility.

Then on June 25th, there was another propane tank compressed in the baler causing an explosion.  This time, a fire broke out which required the fire department to be called to the scene.  Thankfully, there was no major damage and no one was injured at these two incidents.

Officials say staff at recycling facilities identify and pull non-recyclable and dangerous materials from the line. But they need the public's help to keep these items from any recycling bin or trash.

City of Milwaukee Department of Public Works officials are issuing the same warning.

DPW officials say recycling workers at the "Materials Recovery Facility" in the Menomonee Valley have found old, discarded propane tanks in the recyclables being processed.

“It is essential that residents properly dispose of old propane tanks so they don’t hurt anyone, including
your family members and our sanitation workers,” said DPW Commissioner Ghassan Korban. “These
propane containers cannot be thrown in garbage or recycling carts – they must be handled carefully and
correctly when at the end of their useful lives.”

How to properly dispose of a propane cylinder/tank: