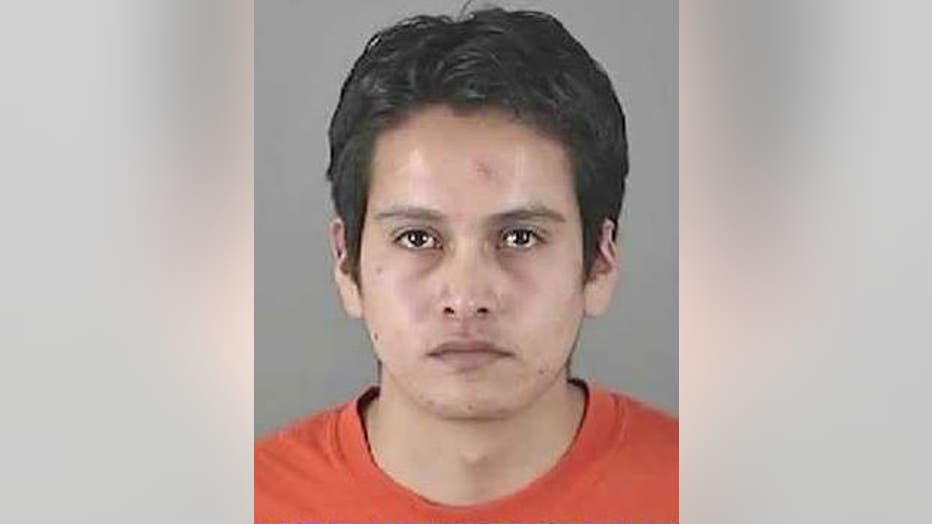 Those charged are 23-year-old Miguel Garcia Salinas of Waukesha, and 31-year-old Pedro Maltos Castro of Waukesha.

A criminal complaint in the case says a complaint was made on October 1st, regarding a large amount of theft from Dierks Waukesha Wholesale Food.

Dierks CEO told officials between June 1st, 2013 and October 1st, 2013 he had approximately 63 large cases of shrimp go unaccounted for -- totaling a loss of approximately $12,000, according to the complaint.

The CEO told officials most of the cases were missing on Friday nights, during the night shift.

The CEO told officials his business does not have surveillance video -- and said he believes the shrimp may have been sold to restaurants for profit -- according to the complaint.

The complaint says during the surveillance, officers were notified there was an adjustment made removing 11 cases of shrimp and five cases of chicken.

The complaint says officials noticed Salinas outside, near a vehicle, looking up at the manager's office windows directly above the employee door -- before running up to one of the garage doors.

The complaint says Salinas got the door halfway open, and then Castro slid a grey garbage bag to Salinas. Salinas was observed placing the bag in the trunk of the vehicle.

The complaint says the process was repeated three or four times.

The officers approached the vehicle as Salinas began to drive away, and questioned him about what was in the trunk. The complaint says Salinas told officials: "We're taking it to Pedro's house."

The complaint says Salinas was asked whether he stole the shrimp and he said yes -- and he and Castro were arrested on site.

The garbage bags were removed from the trunk, and they accounted for 120 individual bags of shrimp, 10 bags of chicken and three boxes of frog legs, according to the complaint.

Salinas was questioned by officials, and said he had observed an employee taking shrimp from the business in July of 2013 -- saying the employee would take the bags of shrimp -- and then the two would split the product. Salinas told officials he would sell the bags of shrimp to a friend of his for $10 each, according to the complaint.

Salinas told officials he got the idea to steal his own shrimp after helping the employee on a few different occasions.