Easter Sunday 2022 was the first Easter since the Waukesha Christmas parade attack at St. Mary's Catholic Church. Several of the victims who were injured are part of the church congregation.

Several of the victims who were injured are part of the church congregation. Five months later, a lot of them are physically better but still mentally processing the terrifying attack, working to heal through faith.

"Easter is a sign of resurrection and new life," said Father Patrick Heppe. "It’s really a celebration of hope."

The parishioners at St. Mary's Catholic Church in Waukesha rejoiced on Easter Sunday as many Christians do, but religion wasn't the only thing bonding the congregation. The Waukesha Christmas parade attack has served as a testament to their faith.

"We had numerous members of the parish that were injured," said Heppe. 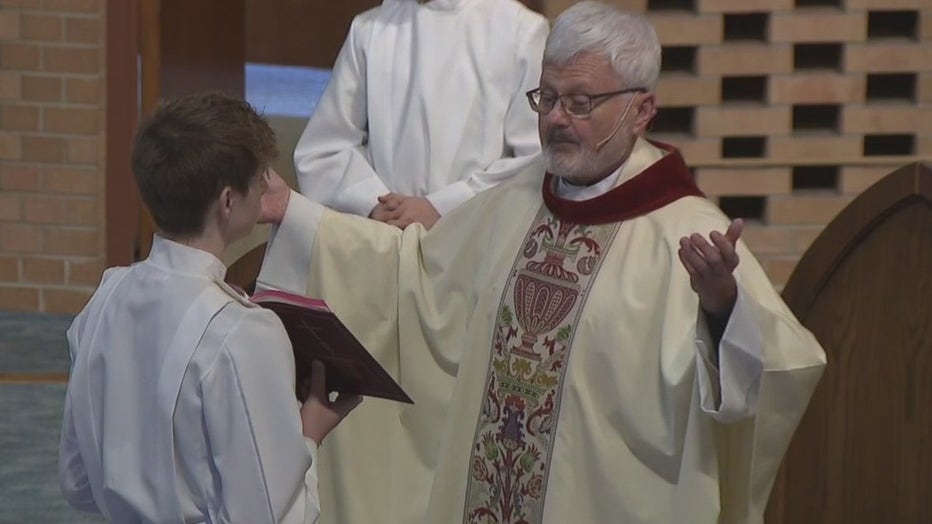 Father Heppe was one of the dozens hurt.

"I hit my head and was knocked out for a short period of time," said Heppe.

The Waukesha priest suffered a concussion, but he gained more than a guardian angel that day. Faith and community support have guided his healing process.

"People coming together and offering support and encouragement, businesses bringing out towels, teddy bears appeared," said Heppe. "It was just a great ordeal of people helping people, and I was just moved."

In the pews and in the choir Sunday were members of the Hallmark family.

"I broke my leg, and now I have some hardware (plates and screws)," said Ben Hallmark. 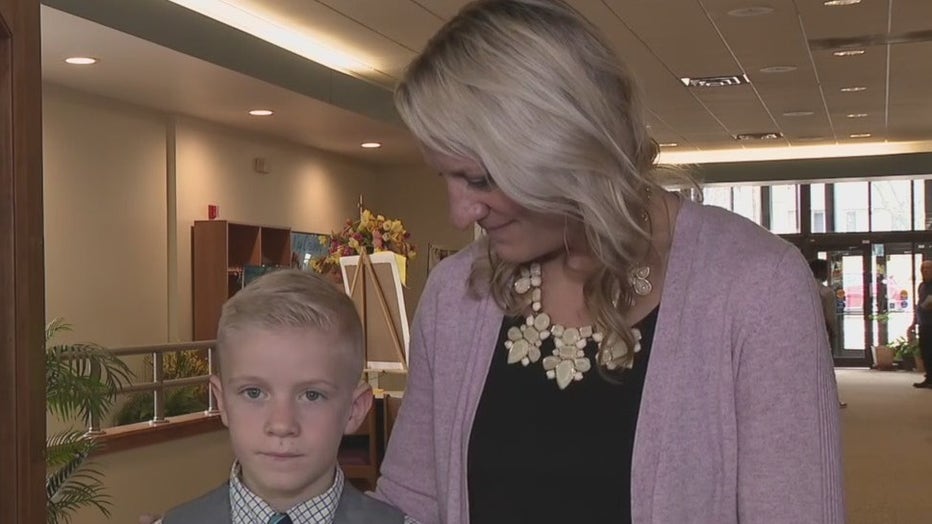 Ben Hallmark and his brother were hurt in the attack.

"Nobody was ready for that," said Ben Hallmark.

"He had some road rash, as well," said Holly Hallmark. "That was really hard to recover from. It was difficult for him to kind of look in the mirror."

The family has recovered physically, but the mental aspect hasn't been easy. That's where support through the church has been a blessing.

"Each and every one, without exception, has said, ‘If it wasn’t for my faith, I wouldn’t be able to get through it,’" said Heppe.

Father Heppe says a big part of the healing process is forgiveness.

Darrell Brooks is the man accused of the parade attack. His trial is set for October.

Police are investigating a drive-by shooting that happened near 35th and Highland around 7:20 p.m. Saturday, April 16.