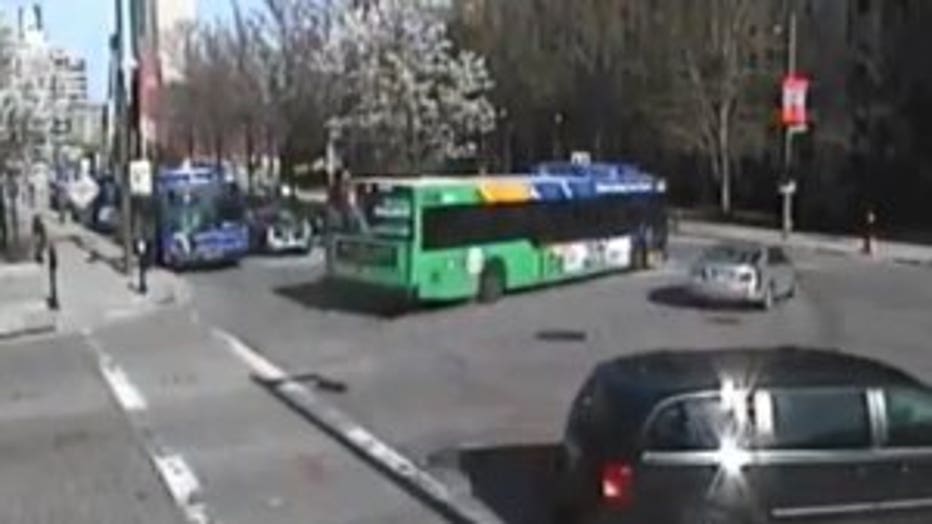 MILWAUKEE -- A Milwaukee County Transit System bus driver has told his supervisors that he couldn't slow down his bus before it smashed into Johnston Hall on the Marquette University campus on Tuesday, May 15.

Surveillance video from Marquette shows the bus moving south toward North 12th Street and Wisconsin Avenue. At the intersection, it doesn't slow down. The driver just misses a car, smashes into a tree, a light pole and then the building.

"I thought it was going to tip over when it happened," said Sylvia Earl, who was waiting for a different bus across the street. "When I heard the boom, it hit the building, I said, 'oh my God.' I just ran over there." 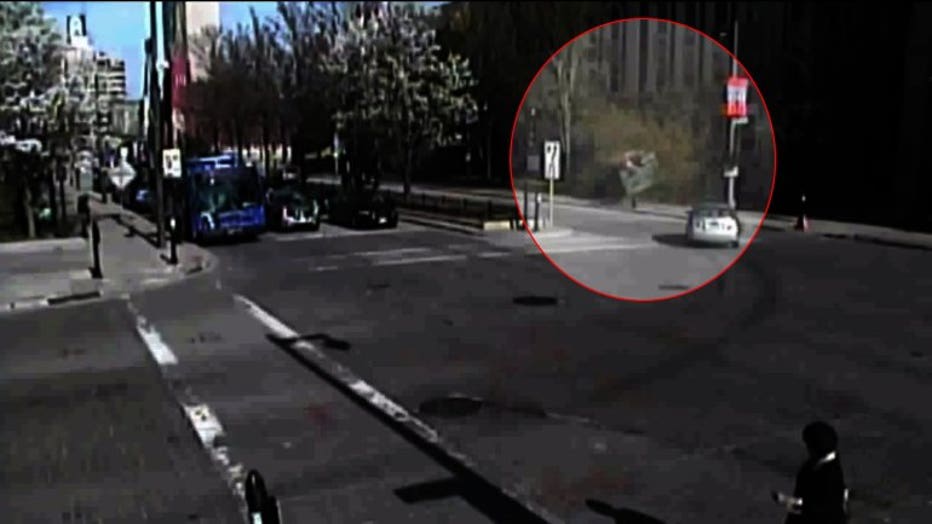 Four passengers were hurt, including the driver. None of the injuries were life-threatening. No one outside the bus was hurt.

By Wednesday, Marquette had reopened Johnston Hall, which was built in 1907, but kept one entrance closed near the damage. 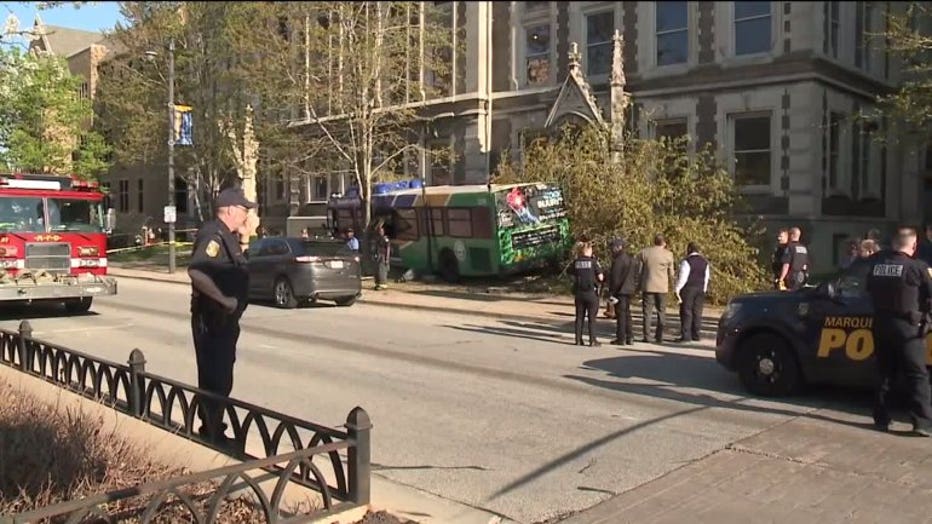 MCTS is investigating the wreck, a process made more difficult because of the heavy damage to the bus. The driver was treated and released from the hospital and has been interviewed, said Brendan Conway, a spokesman for the bus system. 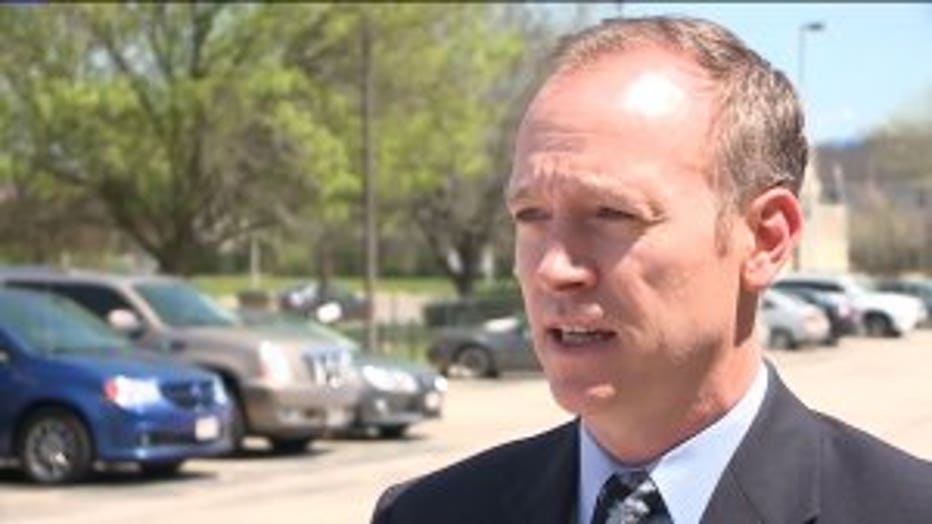 "His initial report was that he just couldn't stop the bus," Conway said.

The driver is a 59-year-old man with 12 years of experience at MCTS.

Conway said the 6-year-old bus had been on the road since 5:30 a.m. Tuesday and none of its drivers had reported problems. The bus passed its last inspection May 4.

"That's a two-hour, two-mechanic inspection that happens pretty regularly and they test every single thing -- including the brakes," Conway said. 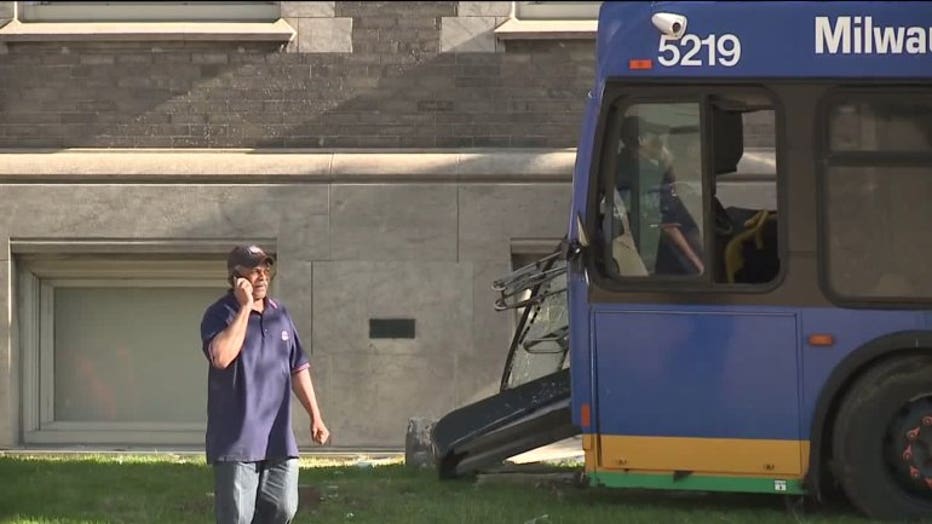 Conway and witnesses said they were thankful the injuries weren't more serious. The bus driver had a green light, and the sidewalk in front of Johnston Hall wasn't full of people when the bus came crashing over the curb. 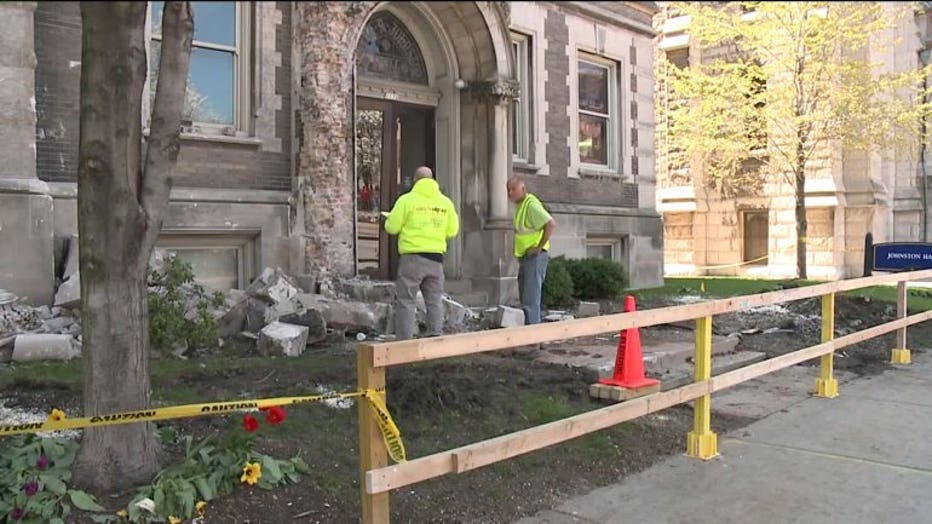 Per standard policy, the driver will be put through drug and alcohol testing.