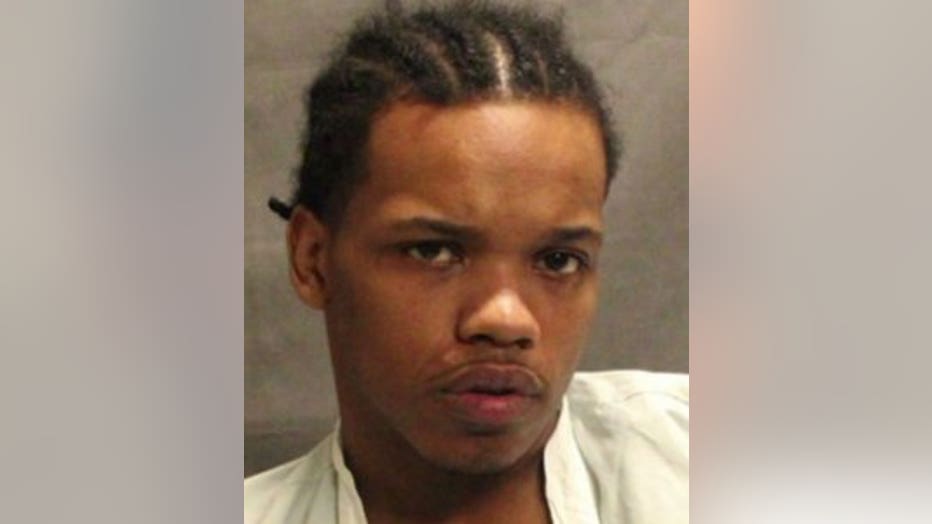 MILWAUKEE -- U.S. Marshals are after a man heading in the wrong direction. They are searching for Braxton Taylor.

“I think the last time he spoke with federal probation was back in June. We believe he is still in the Milwaukee area,” the deputy U.S. Marshal on the case said. “He’s wanted for federal probation violation. The original charge was a gun charge.”

Taylor disappeared in June. Weeks have gone by and nothing. Not following the rules set by the courts has caused a warrant to be issued for his arrest.

“He has a criminal history that includes assault, domestic violence, drug use and quite a few vehicle traffic violations,” the deputy U.S. Marshal said.

According to U.S. Marshals, those traffic violations are out of the cities of Brookfield and Milwaukee. The violations are for disorderly conduct, contempt of court, and operating while revoked. A traffic warrant has also been issued for his arrest.

Taylor is described as standing 5'10", and weighing 160 pounds. There are several tattoos on his body that help identify him including the number 94 and flames.

One of Taylor’s last known addresses is on the city’s north side near Carmen and Appleton. U.S. Marshals believe he is still hiding out within the city limits.

It’s not too late for Taylor to correct the path he is currently on.

“We always encourage people turn themselves in,” the U.S. Marshal on the case said. “It’s the safest thing for both the individual that’s wanted as well as the officers involved.”

It's now easier than ever to send a tip to the U.S. Marshals on a wanted fugitive. Officials recently launched the U.S. Marshal Service tips application available on Android and Apple devices. Submitting tips are safe, secure and anonymous.