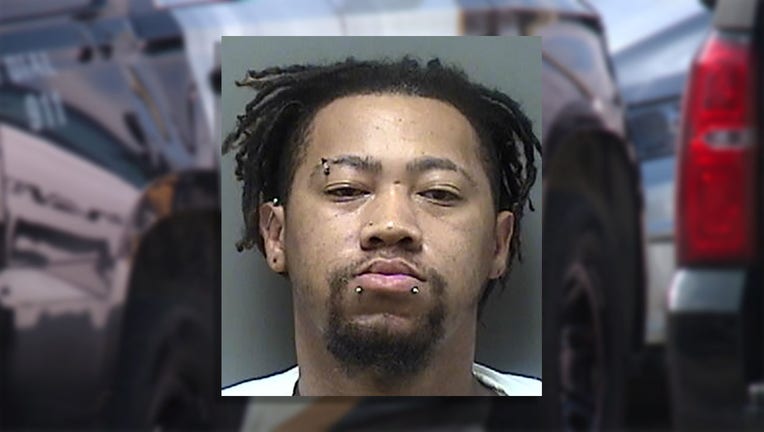 RACINE, Wis. - Dajuan Jones, 26, of Racine has been charged with one count of terrorist threats after prosecutors say he posted videos online saying he was going to "kill cops."

According to a criminal complaint, Racine police were dispatched for a report that Jones was making threatening statements on a live video that he was going to kill himself and others.

The complaint states that an individual received a video from Jones. In the video, Jones was holding a handgun and said he had an "AK" in his trunk. The video also shows Jones drinking "intoxicating beverages" and saying: "Want to see a cop get killed today? I don't care, I'm drunk."

As police searched for Jones and his vehicle, they were told he had been at the Racine County Courthouse and pointed a gun at someone before heading toward the Racine Police Department.

Police eventually found Jones asleep at a residence and took him into custody. Jones was searched and found to have what police believed to be a crack pipe.

Later review of a video posted to Facebook shows Jones driving around, admitting to drinking. The complaint states that Jones could be heard saying "I don't give a (expletive) about nobody" and "When I'm done, a couple cops gonna be hurting."

The video also allegedly showed Jones making statements such as "I'm gonna have some fun," "Y'all wanna see me kill cops. Watch this," and "I finna bust a cop in his (expletive) dome."

The complaint states that Jones told police that he "made some threats" around the police department because he was upset about recent events around the country.

Police searched the vehicle and found a gun that appeared to be the one seen in the video.

In addition to the terrorist threats charge, Jones also faces one count of possession of drug paraphernalia.