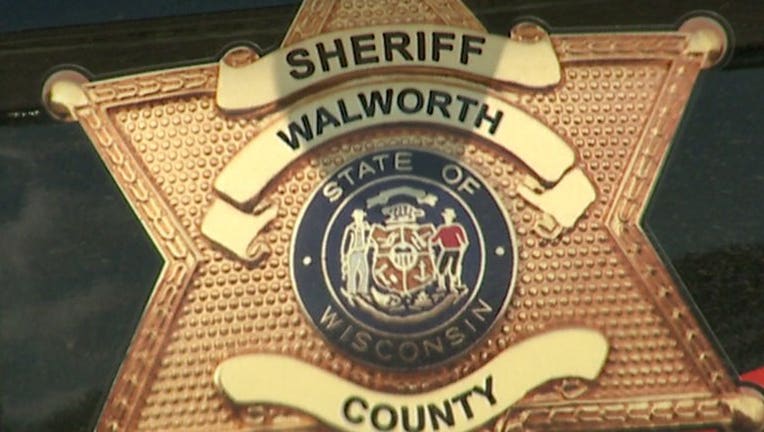 Authorities were patrolling southbound I-43 near Bowers Road in the town of LaFayette when they spotted a vehicle "traveling considerably slower" than the 70 mph speed limit around 11:10 a.m. The driver was "seated low" and "reaching all over the front area of the vehicle" – swerving and "impeding traffic."

The sheriff's office said deputies tried to conduct a traffic stop on the interstate near State Highway 11, but the driver kept going, merged onto westbound U.S. Highway 12 and sped up to more than 100 mph while driving recklessly.

During the chase, authorities said the driver went into the city of Elkhorn and turned into a ditch before turning around and continuing to flee "at a high rate of speed" – eventually reaching 120 mph.

Lake Geneva police used spike strips on U.S. Highway 12 at Sheridan Springs Road. The driver hit one of them but kept driving at 100 mph, the sheriff's office said. One of the tires went flat and chunks of it flew into the air as the driver kept going between 40-80 mph.

The driver eventually pulled over on U.S. Highway 12 just north of County Highway U – roughly 20 miles from where law enforcement first spotted him. The driver, identified by the sheriff's office as 55-year-old Ronald Aumann of Machesney Park, Illinois, was arrested without further incident. He was jailed for fleeing/eluding an officer.