Volunteers pick up a paintbrush, create murals throughout school in Dr. King`s honor

Volunteers pick up a paintbrush, create murals throughout school in Dr. King`s honor

MILWAUKEE -- Most schools were closed on Monday, Jan. 20 to observe Martin Luther King Jr. Day. But it was a very busy day at Lancaster Public School in Milwaukee. 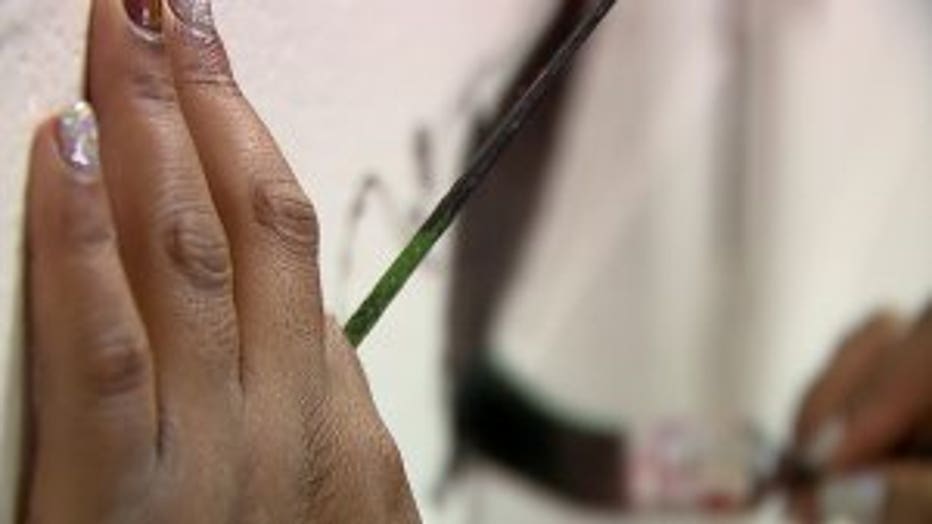 There is only one way to learn how to paint. You have to pick up a paintbrush.

"Lots of dropping. But you just learn and keep at it," said Kelly Schaer, a volunteer.

Schaer has her technique figured out. She has volunteered to paint a different school every year for the last decade. It is part of the city's Dr. Martin Luther King Jr. Day of Service.

"He really believed in so much change. The only way to change is by being action-oriented and doing something," Schaer said. 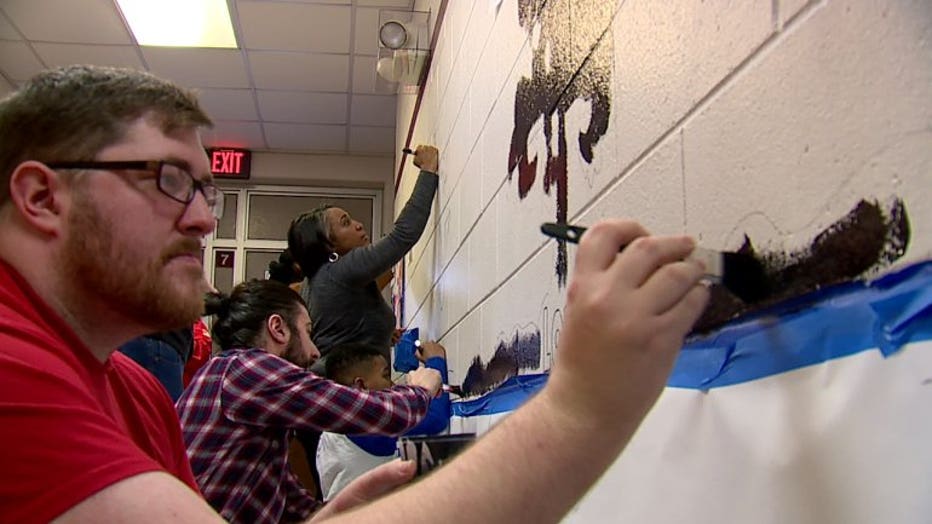 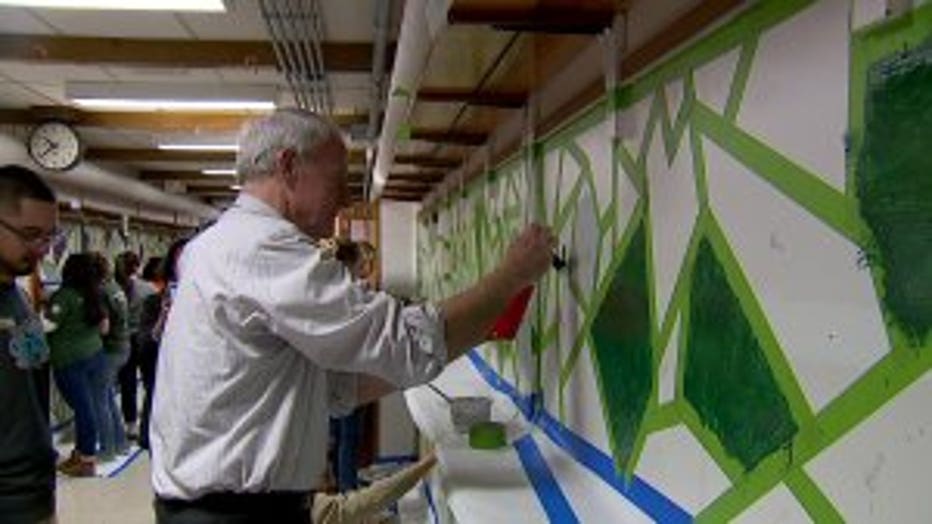 When students come back to class on Tuesday, they are going to find murals everywhere they turn -- as there are more than 50 projects all around the school. Among those helping to get the job done are Governor Tony Evers and Mayor Tom Barrett.

Teachers are excited to see students' reactions when it is all done.

"The manpower that we have here today, we would never have been able to do it ourselves," said Nicole Caven, an interim school support teacher at Lancaster. "I think they're just going to be in awe, and I think they're going to love being able to take a tour of their own school and see what is going on around them."

They will see words like noble and inspiration -- words inspired by Dr. King to take action. 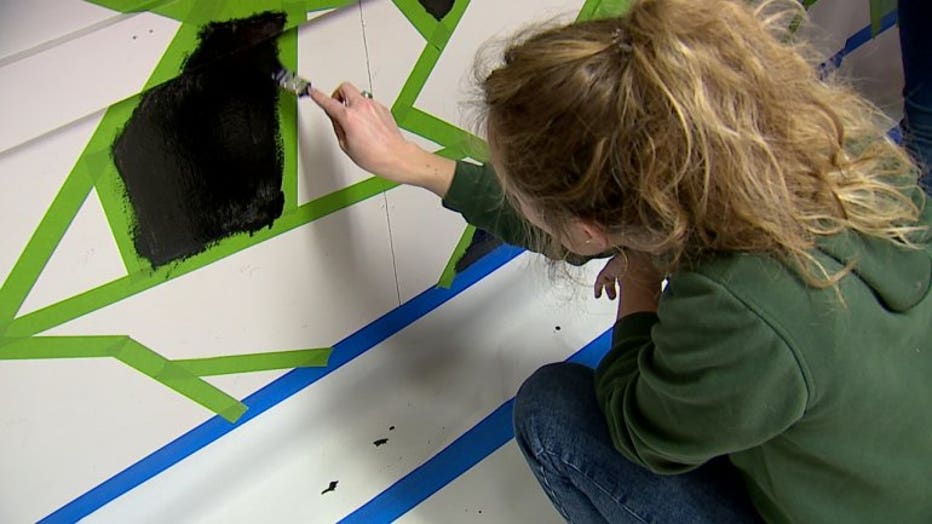