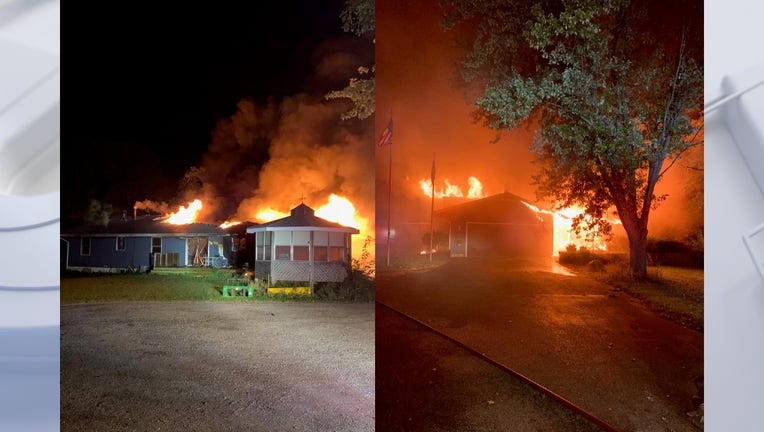 VILLAGE OF RAYMOND, Wis. - Firefighters on Tuesday, Sept. 28 responded to the scene of a house fire in the Village of Raymond in Racine County. The call came in around midnight.

Crews were initially called to the scene for reports of a deck fire. Deputies responded, while responded they were advised that the back of the residence was on fire and the ceiling collapsing.

Both residents got out safely, were examined by fire personnel, and were released at the scene.

When deputies arrived, they advised the house was fully engulfed. Multiple fire departments responded to the scene. The house was a complete loss.

No residents or animals were injured during this incident.

One firefighter sustained a knee injury and was being treated at the scene.

Masks remain optional in Germantown schools after board meeting

The Germantown School Board discussed the district's COVID-19 mitigation plan Monday night, Sept. 27, with some parents calling for the mask-optional district to require them.

The Milwaukee County Medical Examiner's Office is investigating a death in West Allis.