Londyn Quesada was killed in a crash near 76th and Calumet in Milwaukee on Wednesday. Two men have since been arrested, and a vigil was held in her memory on Friday.

MILWAUKEE - A 7-year-old girl killed in a hit-and-run crash in Milwaukee on Wednesday was remembered in a vigil on Friday night, Oct. 30.

A ceremony was held near 76th and Calumet for Londyn Quesada, who was killed in the hit-and-run near there on Oct. 28.

It was an emotional scene as people cried, prayed, launched balloons and lit candles in Londyn's name.

Police said a speeding driver hit the car Londyn was in with her mom. The driver fled, but police have since taken two men -- ages 21 and 19 -- into custody. 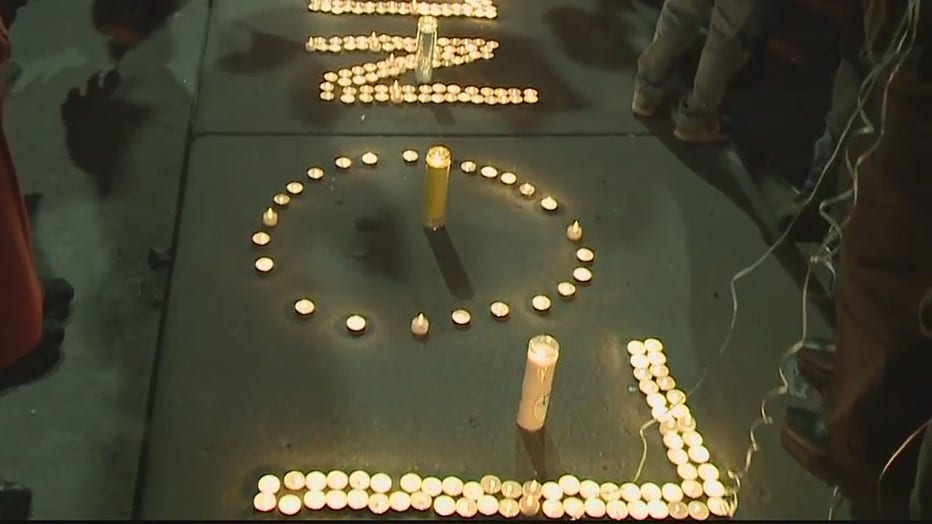 Vigil held for 7-year-old Londyn Quesada, killed in a hit-and-run crash near 76th and Calumet

Londyn Quesada's grandmother was among those at Friday's vigil, still processing the pain.

"She just loved her family. But to have to see her go like this, out of carelessness, out of a careless tragedy, for something that shouldn't have happened, it's really hurting," said Marcella Bush, Londyn's grandmother.

Family members said Londyn was a student at Milwaukee College Prep and loved dancing and princesses.

Her family prayed to get through unimaginable grief and for Londyn's moth, who is still healing from severe injuries sustained in the crash.

"I’m not going to be myself until this whole situation gets solved," Bush said. "I’m trying to be strong. I’m hanging in there.

"I have to just be as strong as possible from my daughter."

With sadness, there is also anger about how reckless driving continues to be a problem in Milwaukee.

Londyn's family asks that drivers, please, remember to slow down and drive safe in her memory.

Milwaukee police are investigating a fatal hit-and-run accident that occurred on Wednesday, Oct. 28 near 76th and Calumet.

It has been a deadly week on Milwaukee street. Now, all the fatal crashes and hit-and-run wrecks have city leaders sounding the alarm.