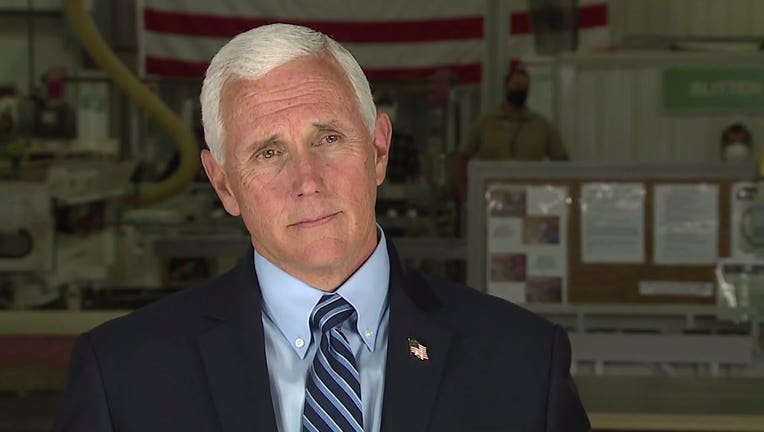 According to a statement from President Donald Trump's campaign, Pence will deliver remarks at Weldall Manufacturing Inc. at noon.

The day before, the vice president will stop in Columbus, Ohio for a similar event.

At these appearances, the Trump campaign statement said Pence will highlight the fact that "Joe Biden has spent forty-seven years shipping American jobs overseas and killing manufacturing through high taxes and harsh regulations. As Joe Biden threatens the Midwest's economic comeback through his left-wing agenda, President Trump and Vice President Pence promise to continue the America First policies that built the greatest economy in the world before the artificial interruption of the coronavirus."

In addition to the vice president's visit to Wisconsin, the president's son, Eric Trump, will host two "Operation MAGA" events in the Badger State on Monday, one at Village Bowl in Menomonee Falls at 12:30 p.m., and the other at 3 p.m. at Diamond Assets in Milton.

President Trump, still infectious, back at White House — without mask

President Donald Trump returned to the White House after leaving the military hospital where he was receiving an unprecedented level of care for COVID-19.