“Very thankful:” To celebrate his fourth inauguration, Mayor Barrett to take part in week of service

"Very thankful:" To celebrate his fourth inauguration, Mayor Barrett to take part in week of service

MILWAUKEE -- As Milwaukee Mayor Tom Barrett on Monday, April 18th prepared for his fourth inauguration, he said he and his staff are leading by example. Barrett is taking part in a "Week of Service" as he begins his fourth term as mayor.

"(Tuesday) morning, I will fortunately, and I'm very thankful to the people of the city of Milwaukee, be inaugurated for a new term," Barrett said.

"When I mentioned this to my wife, she said, 'I think this was the outfit I wore when you were first sworn in 12 years ago,'" Barrett said. 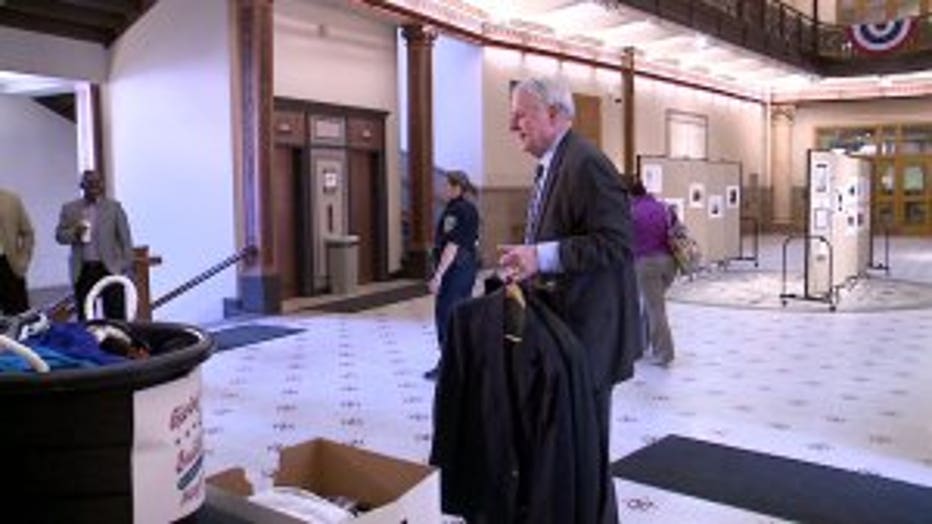 "Everybody probably can, as they do their spring cleaning, find something that's still wearable, very wearable, or new or gently used, and bring it to individuals who are trying to get back into the job market," Barrett said. 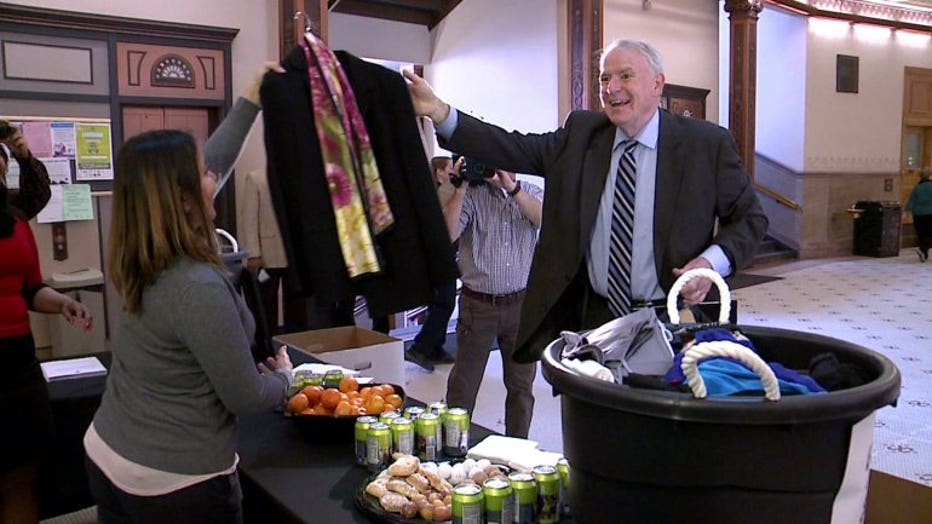 Barrett said the clothing donation marked the first day of "Giving Back and Building Up Week," which will involve strengthening Milwaukee neighborhoods, by highlighting some of the efforts to improve the quality of life for those who live in Milwaukee. 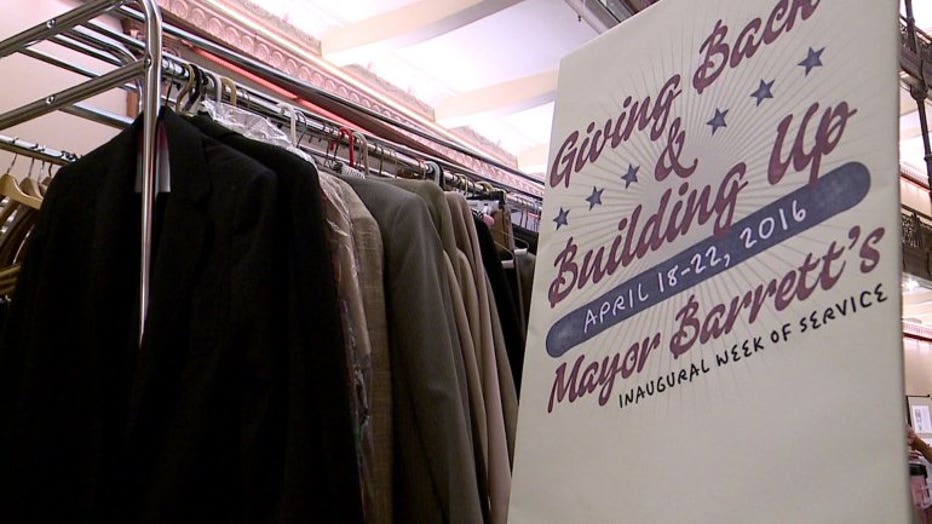 "This is the first time we've done this week. We have a lot of energy. People were sitting around the office -- we were brainstorming and we said, 'Let's devote the whole week to reaching out into the community and really helping people in different ways,'" Barrett said. 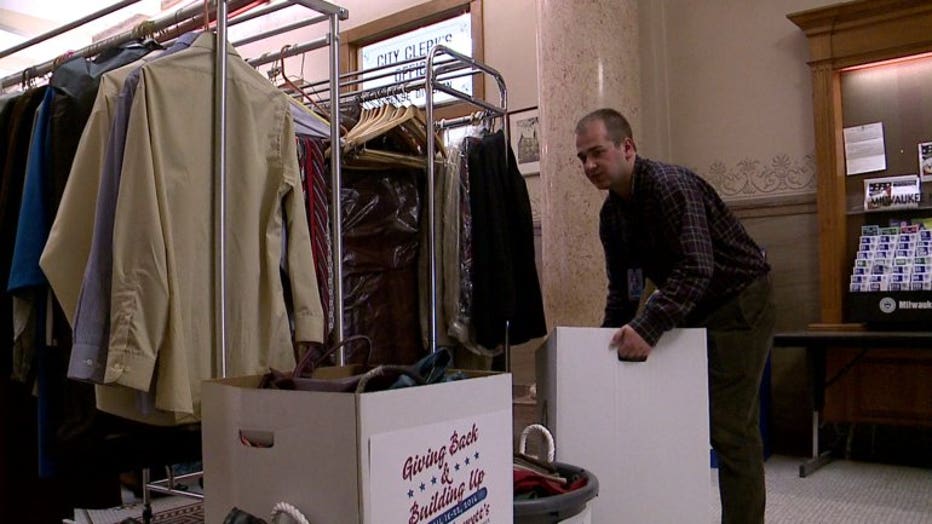 Below is Mayor Barrett's complete "Week of Service" schedule, as provided to FOX6 News by the Mayor's Office:

Bottomless Closet provides work-appropriate clothing and supportive services to men and women entering or re-entering the workforce. City employees have been asked to join the mayor in supporting its mission by donating clean, gently-used or new business clothing and accessories for men and women.

Carver Academy of Mathematics and Science

Mayor Barrett and others will read to students at various locations throughout the city.  Through this effort and his demonstrated strong commitment to libraries, Mayor Barrett hopes to instill a life-long love of reading in Milwaukee’s youth.  Mayor Barrett will remind students, the library’s summer reading program is just around the corner.

Mayor Barrett and members of his cabinet will prepare and serve breakfast to 150-250 individuals.

Mayor Barrett will be cleaning up and planting at several garden sites throughout the city using garden boxes made of reclaimed city trees.