Comments made by Milwaukee Lutheran High School on its Facebook page have sparked a backlash from the community. The school said, in part, that is supports Black students, but that the Black Lives Matter organization does not align with biblical values.

MILWAUKEE - There have been several demonstrations at Milwaukee Lutheran High School regarding the Black Lives Matter movement.

As the movement has grown more evident in recent months, supporters continue to class with those who denounce the effort. It seems some issues of the past are still those of the present.

"I myself have dealt with racist incidents," said alumnus Carl Greer.

A recent statement made by the school on its Facebook page is now sparking backlash after a mural was commissioned by students and teachers at Milwaukee Lutheran. Angela Harris -- chairwoman of the Black Educators Caucus -- said the school's comments surrounding the post were not favorable. 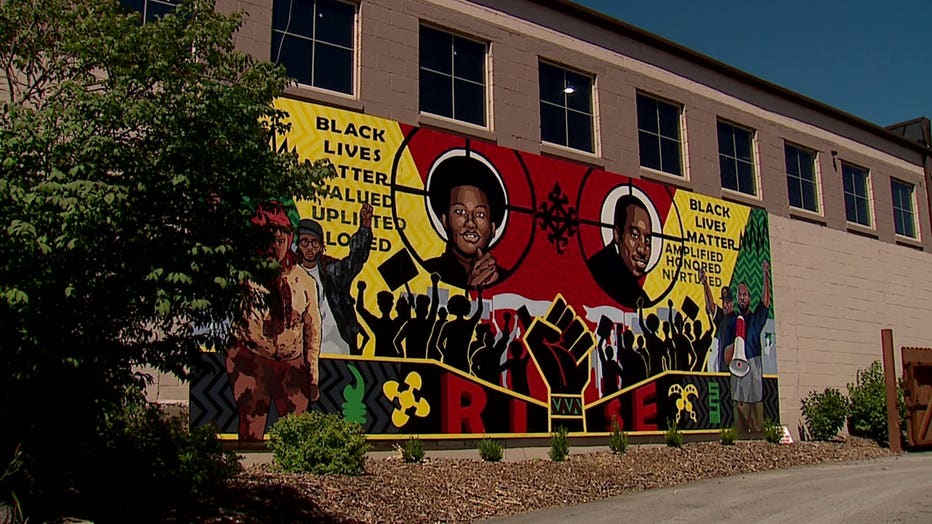 "Their intent was it to be a statement to be in support of the artwork their teacher did, but it was very misguided," Harris said.

Though the school stated that it "supports Black lives, Black families," a portion of the post was about not endorsing "the beliefs of the organization called Black Lives Matter" because it "does not align with biblical views." 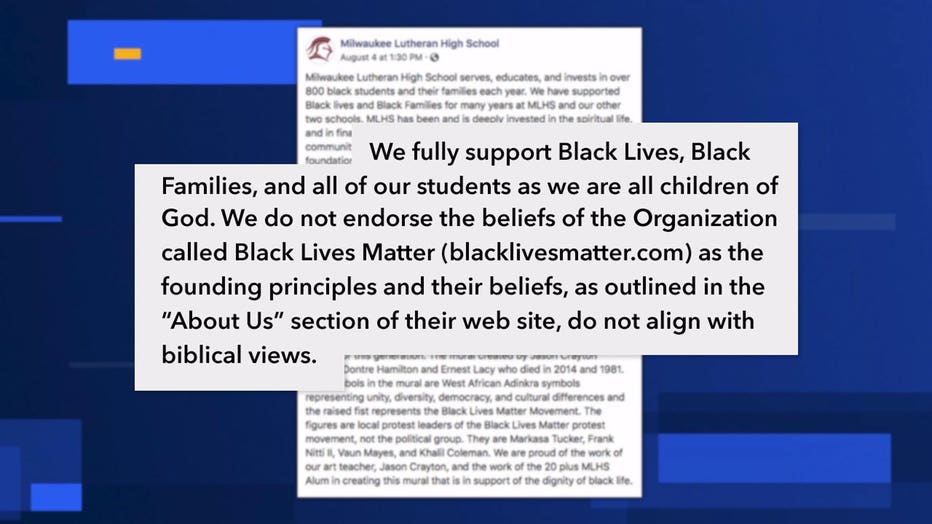 That struck a chord with MLHS alumnus Monte Berry. He created a video to spark dialogue and create change.

"The whole purpose behind the video was to really speak up for those who didn't have a voice," Berry said.

A protest at the school was followed by a meeting with school leaders intended, Harris said, to ensure the creation of an "educational environment where Black students are thriving."

"It was a list of solutions we all want to unify on this front of making sure that uplifting our black youth," Greer said.

"I think we should be optimistic as a community that they are going to start making some little tweaks and changes to build the culture to make this safe space for everyone," said Berry.

The Lutheran High School Association of Greater Milwaukee released a statement saying that, in part, it "condemns the sin of racism in all of its manifestations" and that "the intention of our post was to affirm that we love our Black students and their families while acknowledging out Christian values of 'Love, God and Love Others.'"