MILWAUKEE (WITI) -- Some UW-Milwaukee students led a protest on the UWM campus on Tuesday, May 7th -- urging the university to end its relationship with Palermo's Pizza.

Organizers for Voces de la Frontera say they accept the NLRB’s decision and don’t plan to appeal it further. However, they say the company still needs to keep its word.

Christine Neumann-Ortiz says her organization, Voces de la Frontera will continue to hold Palermo’s feet to the fire. She says Palermo’s fired about 100 workers when the company learned of their plans to form a union.

The company argued the firings were due to immigration laws — and workers who could not prove they were in this country legally, and legally able to work.

The NLRB has upheld a decision that mostly favored Palermo’s, but also ruled that 11 workers that were illegally fired by Palermo’s should be hired back.

Protesters on Tuesday put up a sign where Palermo's Pizza is sold in the student union --some going behind the counter and not allowing anyone to get pizza.

The protest ended when a UWM official, Vice Chancellor for Student Affairs Jim Hill made a verbal and written promise to shut down the Palermo's Pizza stand through the end of summer.

Hill said that the Palermo's Pizza counter would be closed for the remainder of the Spring '13 semester, and the entire Summer '13 semester, pending further dialogue with students. 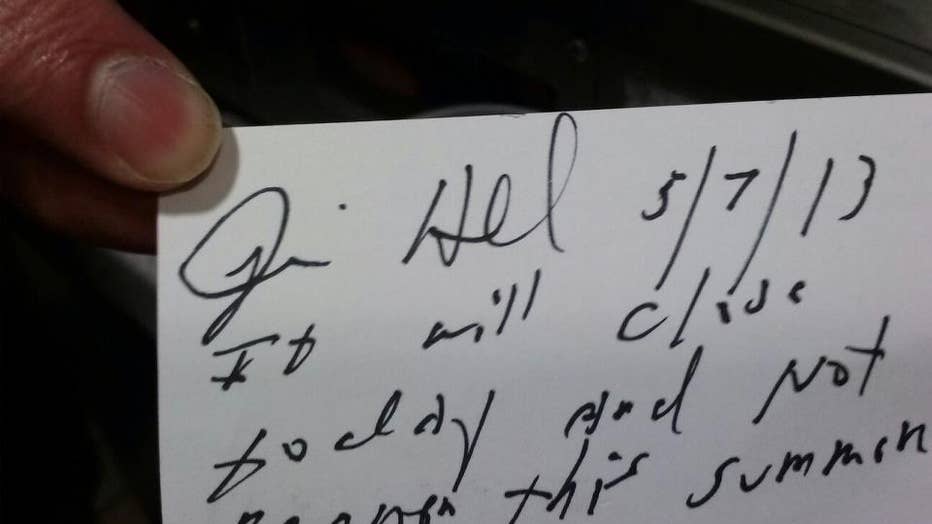